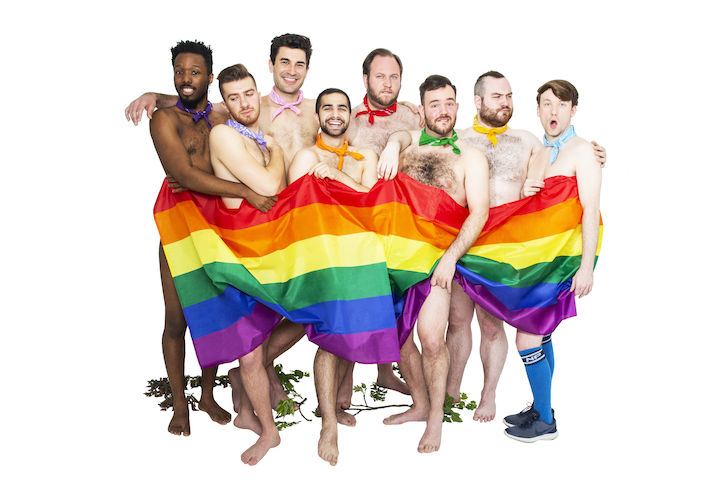 “The boys and I could not be more excited to set up camp right in the heart of the theater district on naughty, bawdy, sporty, forty-second street at the fabulous Peter Jay Sharp Theater,” says producer Nathaniel Eggleston. “On June 7, I know that our actors will rise to the occasion of our first preview. And on June 13, each and every one of them will surely burst with pride when he receives that inevitable big hand on his opening.”

Camp Morning Wood is The Rocky Horror Show meets Naked Boys Singing! A newly engaged gay couple decides to unplug from their phones and head out of the city to get away from the rat race and reconnect with each other. But fate has other ideas when their car breaks down outside the gay nudist getaway “Camp Morning Wood.” The ill-prepared couple meets the vast array of nude campers who bring plenty of laughs, temptations, elaborate dance numbers, and torch songs until an ultra-conservative super handsome senator threatens to end the fun. Who knows what will happen, but it’s sure to be hilarious, heart-warming and super-duper naked. 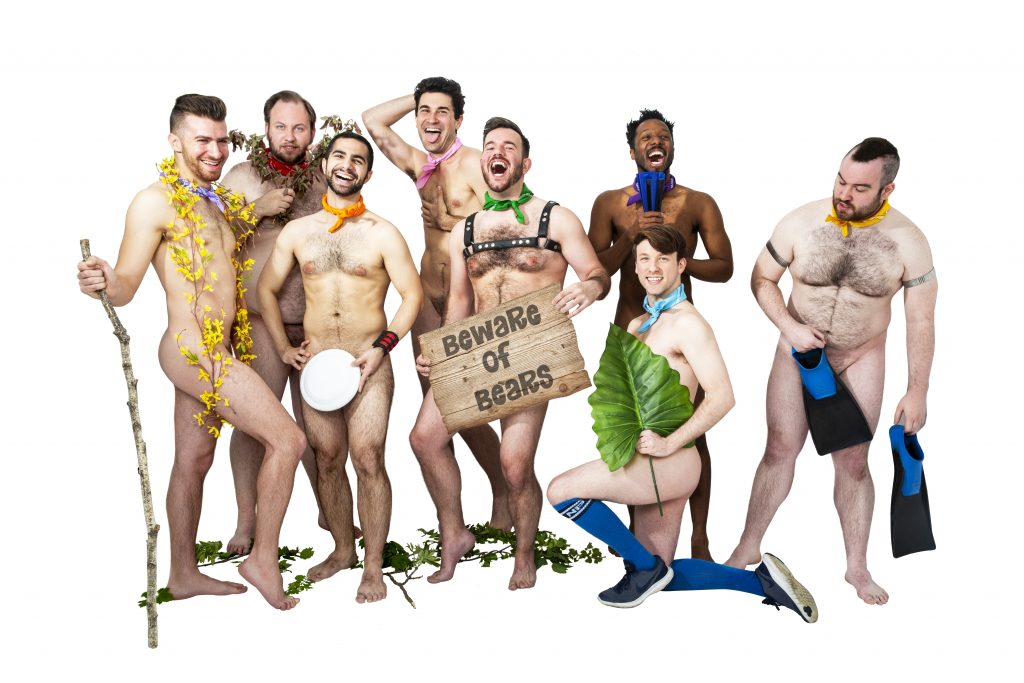 “We wanted to write a show for today but one that calls back to a different era of fun, campy, crowd-pleasing off-Broadway musicals,” says book writer and lyricist Jaye Falzone. “There’s a lot of naked TV in Europe… naked dating shows, etc… and they’re successful and normalize sexuality and vulnerability in a very fun way. Why not bring more of that here?”

“We created this show to celebrate a message of unconditional love and to remind us all that when we put down our phones and defy digital app culture,” says songwriter Will Shishmanian. “We’re re-connecting to each other in very human, analog ways. And it can be very powerful and vulnerable to connect with each other without the barrier of clothing!”

“It’s a cornerstone of the Queer community to be open, accepting and free,” says director Marc Eardley. “So on this 50th anniversary of Stonewall and the year that World Pride comes to New York, we wanted to create an inclusive, diverse show that can become a part of that celebration. And in the spirit of the moment, we couldn’t be happier than to be one of the first off-Broadway musicals to feature songs by a transgender singer/songwriter.”