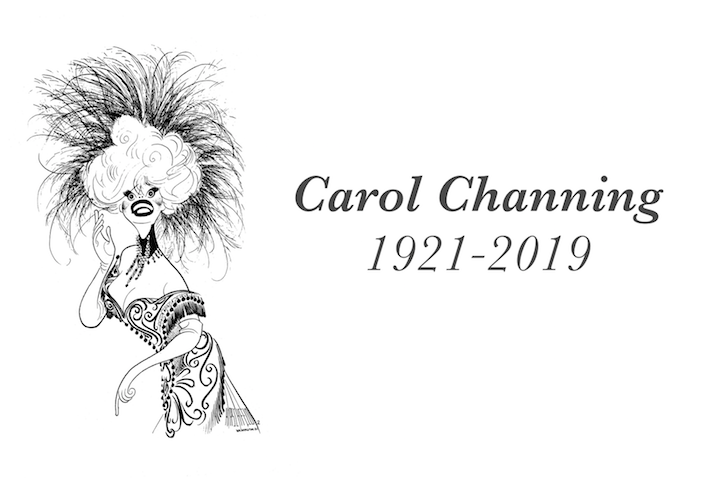 The Broadway community mourns the loss of Carol Channing, a Tony Award winner and theatrical legend, who passed away on Tuesday, January 15 at age 97. To commemorate her life and work, the Committee of Theatre Owners will dim the lights of Broadway theatres in New York for one minute on Wednesday, January 16 at exactly 7:45 p.m. 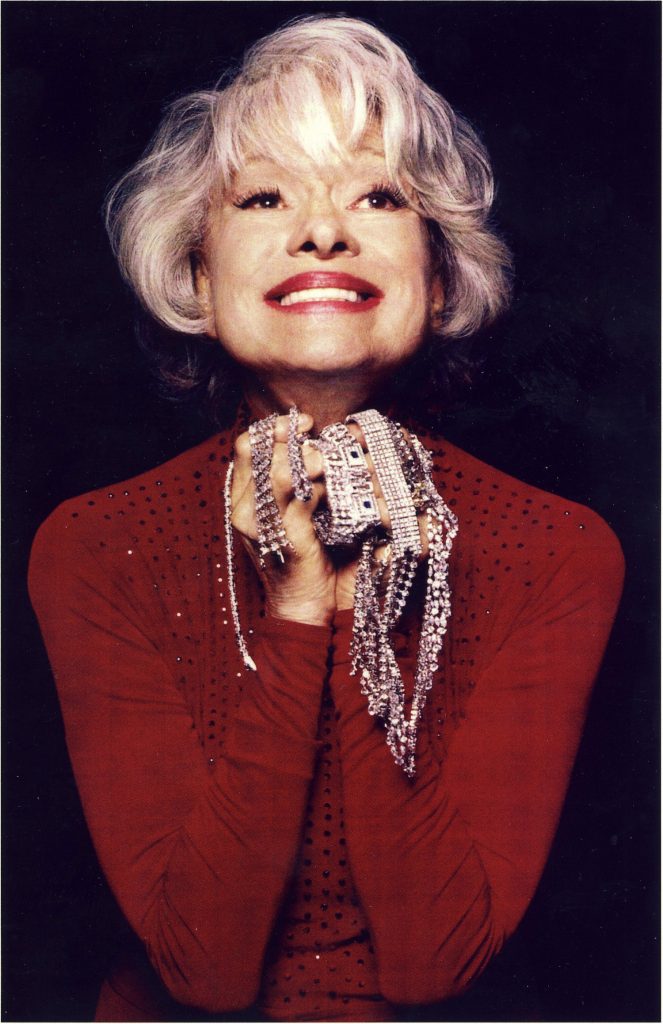 “Carol Channing personified everything we love about American musical comedy: big, funny and joyous. To see her hold an audience in her thrall was a master class in star power,” said Thomas Schumacher, Chairman of The Broadway League.  “Hello, Dolly! opened 55 years ago tomorrow.  She always was famous for her timing.”

Winner of the 1964 Tony Award for Best Actress in a Musical for her performance inHello, Dolly!, she received a special Tony Award in 1968 and a Tony Award for Lifetime Achievement in 1995. She received Tony Award nominations for her performances in 1974 for Lorelei, 1961 for Show Girl, and 1956 for The Vamp. In 1968 she was nominated for an Academy Award for her role in Thoroughly Modern Millie and won Golden Globe Award for Supporting Actress in a Motion Picture for that performance. Other awards include the Broadway League Distinguished Lifetime Service Award for Touring Broadway (1998), a special Outer Critics Award (1996), Theatre World Award (1949), and she was inducted into the Grammy Hall of Fame (2002).

Some of Ms. Channing’s extensive film and television credits include: “The Addams Family,” “Where’s Waldo?,” “The Love Boat,” “The Muppet Show,” “Rowan & Martin’s Laugh-In,” Sgt. Pepper’s Lonely Hearts Club Band, Skidoo, and Thoroughly Modern Millie among many others.  She was a frequent guest on programs such as “The Hollywood Squares,” “Super Password,” “The Bob Braun Show,” “The Mike Douglas Show,” “The Merv Griffin Show,” “The Ed Sullivan Show,” “The Joey Bishop Show,” “What’s My Line?,” “I’ve Got a Secret,” “Password All-Stars,” and “The Jack Paar Tonight Show,” plus many, many more guest appearances, concerts, and performances.

“Carol Channing was one of the great icons of the American theater, and a beloved ambassador for this art form,” said Heather Hitchens, President & CEO of The American Theatre Wing. “She possessed a quality so unique and so special that she became her own archetype. Though her loss will be felt deeply by fans and professionals alike, her indomitable spirit lives on in the countless leading ladies who have been — and continue to be — influenced by her greatness.”