Top Posts
‘Company’ to Hit the Road on North American...
Meet the Full Cast of ‘Shucked,’ Coming to...
Full Cast for ‘Parade’ Announced
Stephen McKinley Henderson Gives the Performance of His...
The McKittrick Hotel Announces the Return of ‘The...
Broadway Stars Honored with Academy Award Nominations
Taylor Trensch, Danny Wolohan, and More Join the...
A Gay Road Trip Comes to The Brick...
Maude Apatow of ‘Euphoria’ is the Next Audrey...
Tony Award Winners to Star in ‘Hercules’ at...
Home Show Folk Carol Channing’s Estate is Up for Auction
Show Folk 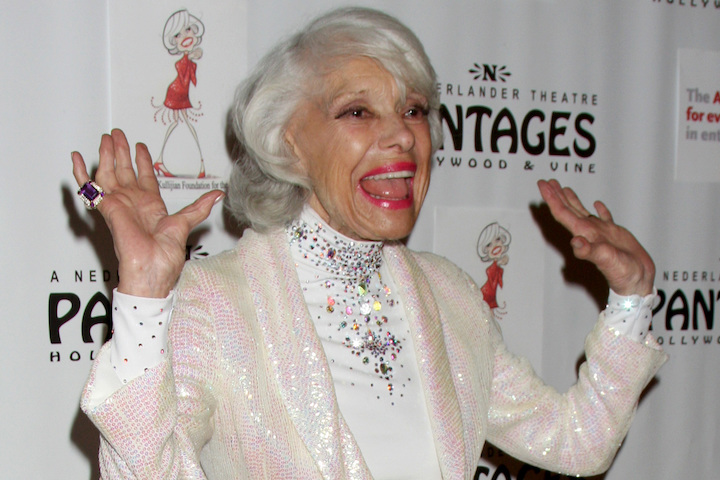 Theater collectors can strike gold as Carol Channing’s estate will soon be up for an online auction. Abell Auction Co. announced the event will be on Thursday, June 17, auctioning memorabilia that once belonged to the beloved stage legend.

Channing is best known for originating the role of Dolly Gallagher Levi in Hello, Dolly!, playing that role on Broadway and in the tour over 4,500 times in her career. She won a Tony Award for her performance and later was awarded one for Lifetime Achievement.

“Abell is honored to offer a stunning collection from the remarkable Rancho Mirage residence of Carol Channing, admired as one of the most recognizable persons in the theatre world,” said Senior Vice-President of Business Development Joe Baratta. “This is an opportunity for admirers and collectors from around the globe to acquire an item she treasured during her remarkable life, honor her storied career and continue her legacy of supporting numerous charities.”