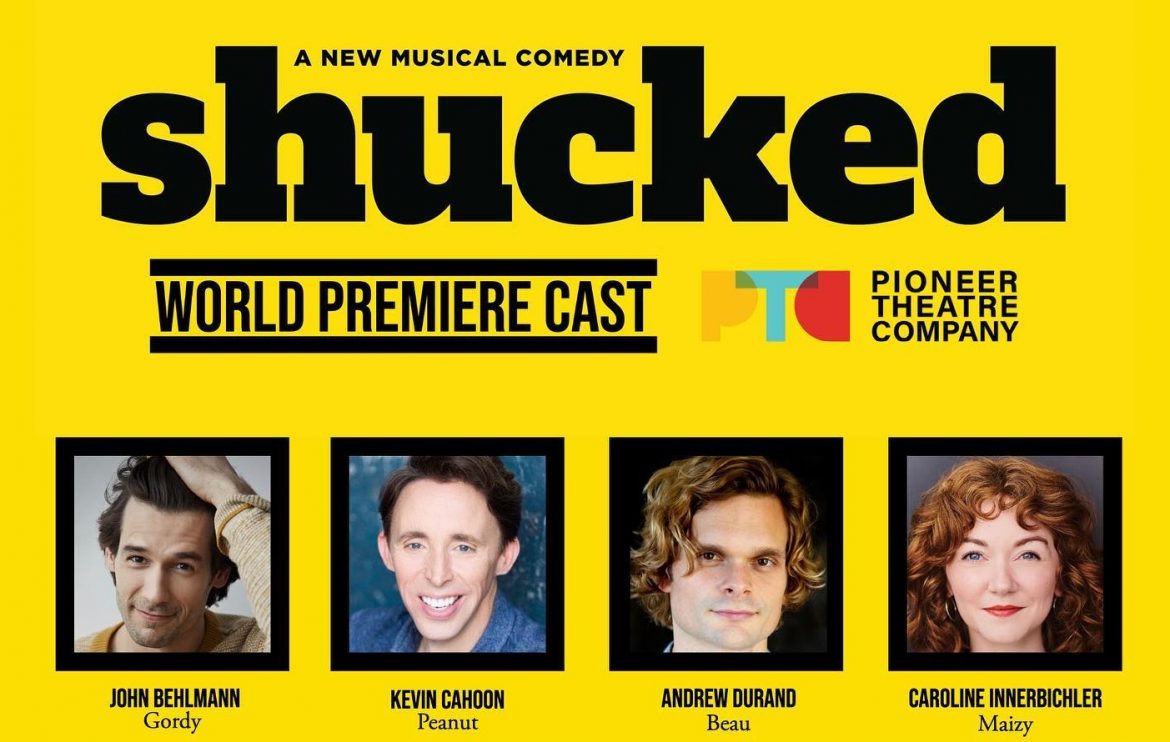 A raft of Broadway veterans will lead the regional tryout of new Broadway-bound musical Shucked, which plays Utah’s Pioneer Theatre Company this fall.

What do you get when you pair a semi-neurotic, New York comedy writer with two music superstars from Nashville? A hilarious and audacious farm-to-fable musical about the one thing Americans everywhere can’t get enough of: corn. (It’s corn!) Shucked is the new musical comedy that proves sometimes tearing down a few walls, rather than growing them, is the only way to preserve our way of life.

With an outrageously funny book by Tony Award-winner Robert Horn (Tootsie), an irresistible score by Grammy Award-winning songwriting team of Brandy Clark and Shane McAnally, and direction by three-time Tony Award-winner Jack O’Brien, Shucked is about to turn Broadway on its ear and offer a kernel of hope for our divided nation.

In 2020, the New York Post reported that the show’s creators based Shucked on the long-running TV series Hee Haw, which combined corny comedy with country music. Since that 2020 interview, though, “the show has evolved in such a way that it no longer has anything to do with Hee Haw,” said Karen Azenberg, PTC’s artistic director.