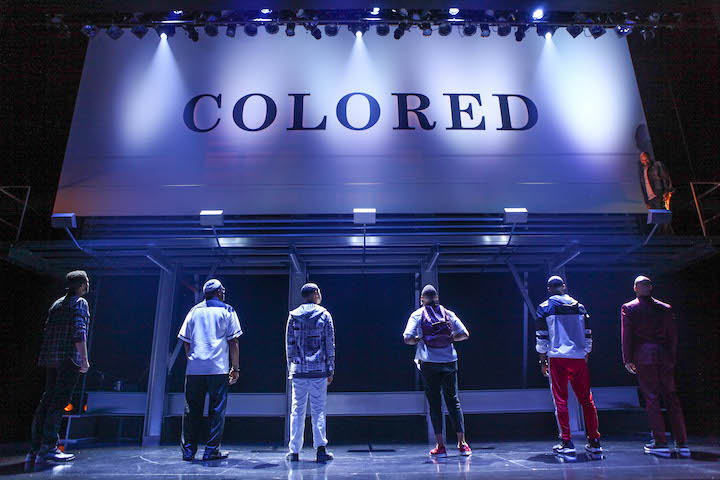 So many shows, so little time! Broadway, Off-Broadway and regional theaters are back in business, with some of our old favorites already reopened and new shows on the horizon. Here’s a look at some productions and who you can expect to see on stage this fall:

In a statement for the show, Producer Moreland said, “The company of Thoughts of a Colored Man supports The David Family during this time, and we are also elated to welcome a new member to the family.”

Born in Saginaw, Michigan, Esau Pritchett received a B.A. in Performing Arts Theatre from Oakland University.  A resident of New York City since 1998, he has appeared in numerous Regional Theatre productions across the country and guest-starring roles on TV shows over the past couple of decades.  Recently recurred as Mr. David for two seasons on Fox’s primetime drama “Prodigal Son.”  Currently, he has a recurring role in the STARZ Network drama “Power: Book II Raising Kanaan.”

Company
Manu Narayan replaces Kyle Dean Massey in the role of Theo when the eagerly anticipated production resumes performances Monday, November 15, ahead of a Thursday, December 9 opening night at the Bernard B. Jacobs Theatre.

Fairycakes
As Douglas Carter Beane’s new comedy begins rehearsals today, Producer Thomas Laub announced that Kristolyn Lloyd has joined the cast of Douglas Carter Beane’s comedy Fairycakes as Peaseblossom, replacing Alfie Fuller who has departed due to scheduling conflicts. The world premiere is set for this fall at the Greenwich House Theater (27 Barrow Street), home to many of Beane’s first plays, beginning Thursday, October 14, 2021. Opening night is set for October 24. Fairycakes is set to play a limited engagement through January 2, 2022.