Top Posts
Review: ‘& Juliet’ Is A Daffy, Absurdly Joyous...
Jinkx Monsoon & BenDeLaCreme’s ‘The Jinkx & DeLa...
Review: Victoria Clark Shines in the Refreshingly Original...
Review: Mike Birbiglia Astounds in ‘The Old Man...
A Sondheim Stocking Stuffer: New Book Offers Insightful...
From ‘Tattooed Lady’ to ‘KPOP,’ Plus A Quick...
Museum of Broadway Will Open Its Doors November...
Previews Have Begun for One-Man ‘A Christmas Carol’...
Strong Performances Aren’t Enough to Save ‘Almost Famous’
‘Kinky Boots’ Will Close After Off-Broadway Return
Home Beyond Broadway In ‘Chasing Rainbows,’ Dreams Really Do Come True, But With a Price
Beyond BroadwayReviews 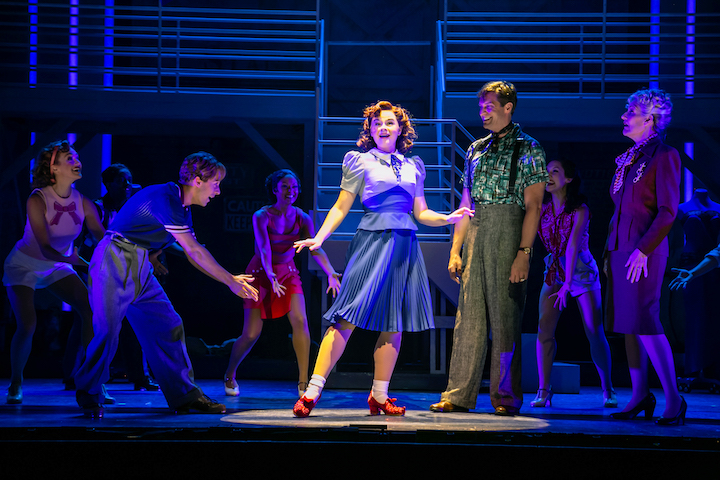 Judy Garland is hot again. Diehard fans are flocking to movie theaters to see Renée Zellweger portray the late Hollywood star in Rupert Goold’s eponymous biopic. Later this month, Showtime will premiere Sid and Judy, a documentary about her third marriage to Sidney Luft. Even the luxury brand Coach is celebrating her with a limited edition collection inspired by her most enduring-and popular movie, The Wizard of Oz.

The timing isn’t coincidental. This year marks the 50th anniversary of Garland’s premature death in 1969, as well as the 80th anniversary of The Wizard of Oz, which opened in movie theaters on August 25, 1939.

Paper Mill Playhouse has joined the Garland love fest with Chasing Rainbows: The Road to Oz.  The jukebox tuner has been floating around for some time, having first premiered in Flat Rock, North Carolina, and later at the Goodspeed Opera House in Connecticut. Now, it has the timely fortune of kicking off Paper Mill’s 81st season.

While countless adaptations have focused on Garland’s darker days, few have captured her rise to stardom. Book writer Marc Acito and Tina Marie Casamento (concept and additional lyricist) have delved into the childhood of Frances Gumm (her birth name) to explore how an unassuming girl from Grand Rapids, Minnesota, grew up to become an internationally beloved figure.

Acito fares much better here than he did with the languid Allegiance, an earnest Broadway musical about World War II Japanese internment camps which mostly fell flat.

Here, he’s managed to pack quite a bit of insightful biographical information and keeps the narrative moving at a brisk pace. He’s also written some witty one-liners, all of which are delivered with precision under the direction of Denis Jones’ first-rate cast.

Jones also serves as choreographer and throws some remarkable dance numbers in the mix.  “All Ma’s Children” is an early, dazzling Act I showstopper, followed by several up-tempo standards that continue well into the second act. 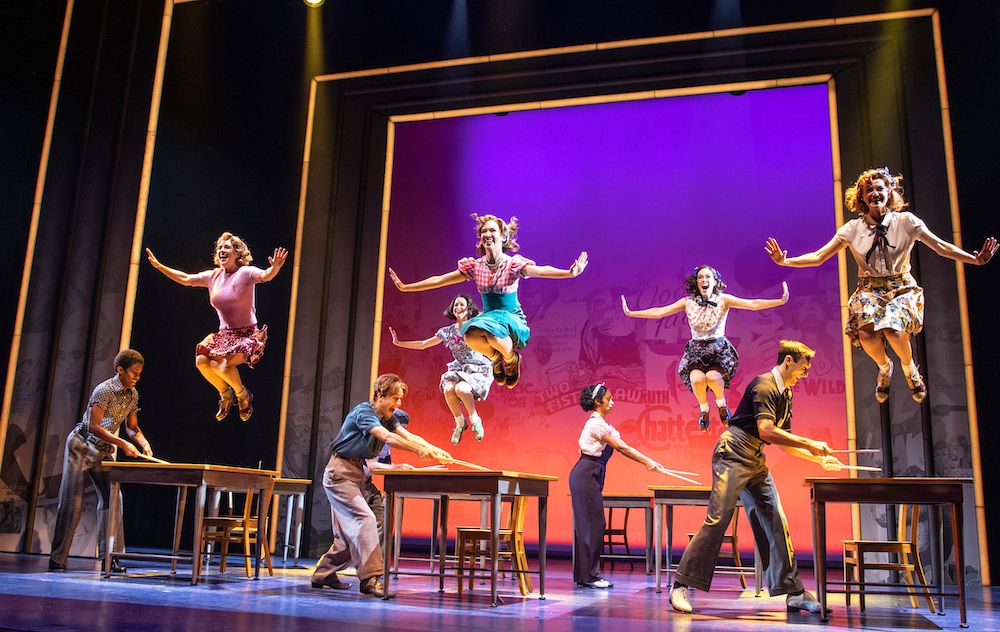 Ruby Rakos reprises the lead role, one in which she’s played in previous productions. While she bears a strong resemblance to the actual person, she avoids flat out mimicry, a device that has been adopted too many tiresome times by female impersonators and Hollywood actors. Hers is a rarely seen, more wholesome depiction of a life which fell prey to the pressures of young stardom—and her voice is marvelous.

Acito’s story lays the groundwork for how Garland wound up in a deadly cycle of pills and alcohol. With her short stature and accusations that she was overweight and not pretty enough, MGM studio executives plied her with amphetamines and barbiturates, a pattern that would ultimately take her life. Acito offers her redemption, however, when the suits finally accept her as she is. 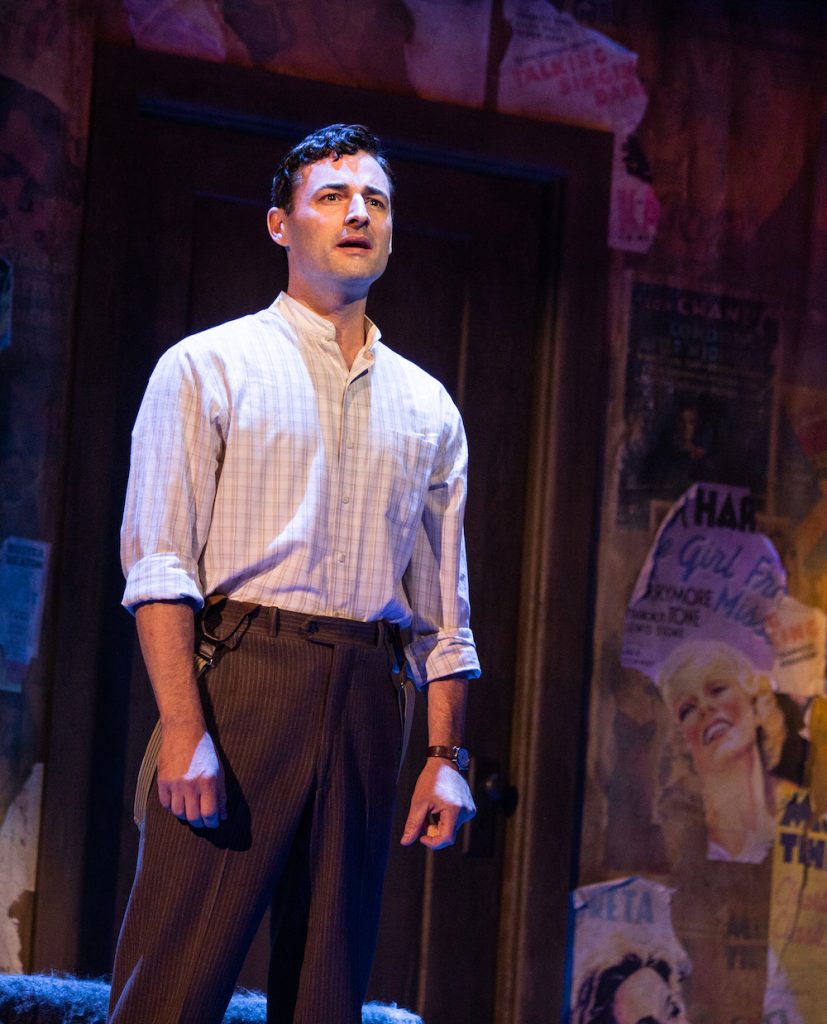 Max Von Essen (An American in Paris) and Lesli Margherita (The Flamingo Kid) are terrific as Garland’s vaudevillian parents, Frank and Ethel Gumm. Frank’s story is particularly complex as he battles with his own sexuality. Both are in their usual top vocal form.

Aside from being a refreshing view of Garland’s life, it became clear to me following the first act that this musical also provides subtle commentary on the sacrifices and obstacles associated with fame. In an age of reality television and YouTube sensations, Garland’s story reminds us that grit and tenacity are essential ingredients for authentic talent.