Top Posts
‘Company’ to Hit the Road on North American...
Meet the Full Cast of ‘Shucked,’ Coming to...
Full Cast for ‘Parade’ Announced
Stephen McKinley Henderson Gives the Performance of His...
The McKittrick Hotel Announces the Return of ‘The...
Broadway Stars Honored with Academy Award Nominations
Taylor Trensch, Danny Wolohan, and More Join the...
A Gay Road Trip Comes to The Brick...
Maude Apatow of ‘Euphoria’ is the Next Audrey...
Tony Award Winners to Star in ‘Hercules’ at...
Home Buzz ‘Chicago’ Celebrates 25 Years on Broadway with Special Performance
Buzz 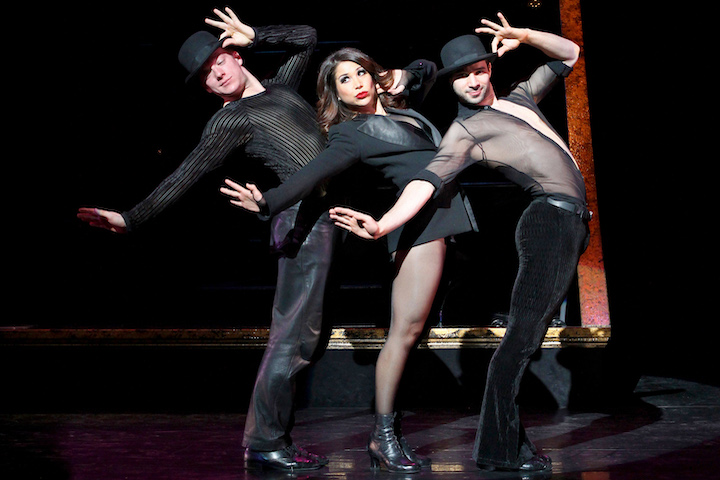 The current revival of Chicago has been razzle-dazzling Broadway audiences for 25 years, and next week the fan-favorite production will celebrate its starry anniversary.

Producers Barry and Fran Weissler have announced that there will be a special performance of Chicago on Tuesday, November 16 at 6:30 p.m. with appearances by original cast members and other surprises at the Ambassador Theatre to mark the 25th Anniversary of the longest-running American musical in Broadway history. Who, exactly, will perform will be part of the surprise: Chita Rivera is the lone member of the original company who played a leading role who is still alive, but members of the original revival company may also make appearances, including Bebe Neuwirth, James Naughton, and Joel Grey. Over the years, many celebrities have appeared in this Broadway behemoth, including Ashlee Simpson, Amy Spanger, Jennifer Holliday, Sofia Vergara, Wayne Brady, Taye Diggs, Michael C. Hall, Norm Lewis, Billy Zane, and a host of others.

Set amidst the razzle-dazzle decadence of the 1920s, Chicago is the story of Roxie Hart, a housewife and nightclub dancer who murders her on-the-side lover after he threatens to walk out on her. Desperate to avoid conviction, she dupes the public, the media and her rival cellmate, Velma Kelly, by hiring Chicago’s slickest criminal lawyer to transform her malicious crime into a barrage of sensational headlines, the likes of which might just as easily be ripped from today’s tabloids.