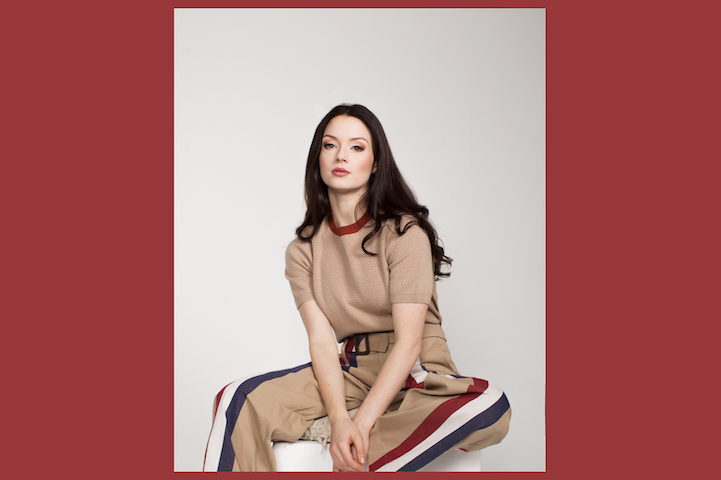 Hell is a hot spot for musicals these days. Audiences can’t seem to get enough of Hadestown, the multiple Tony Award-winning musical about the underworld. Now, producers of Jim Steinman’s Bat Out of Hell are hoping for the same fire when the UK import rolls into New York City Center next month for a six-week limited engagement.

Christina Bennington, who originated the leading role of Raven in London, will once again revive her part for the New York production. The Belfast, Ireland, native is making her U.S. debut. This is also the first time she’s experiencing Manhattan as an adult.

Recently, the Broadway Blog met this newly minted New Yorker at a midtown coffee shop to discuss the crazy energy Bat Out of Hell promises, the show’s themes and working with recording industry legends.

BB: What can you tell us about Bat of Hell that won’t be seen on marketing tools or a press release?

CB: People wonder if it’s about Meat Loaf, but actually, Jim wrote of all these songs to be in a musical. Jim’s been obsessed with this concept of Neverland and forever youth his whole life. He wasn’t getting off the ground with it, so they just knocked on a million doors and eventually, it became one of the biggest selling albums of all time. They were always written for the stage, which is why they are so theatrical in nature. It sounds so cliché, but it’s really all about love. It’s about star-crossed lovers, the disconnect between kids and parents, and the journey that this kind of huge music can take you on. If Peter Pan had a rock ‘n roll love child with Romeo and Juliet, this show would be it.

BB: Having seen Jim Steinman’s Dance of the Vampires, I’m wondering whether Bat Out of Hell will have that same campy, over-the-top quality or will it be more serious in nature?

CB: This is funny and it is a bit camp, but it’s also got super high stakes. You can’t possibly sing ‘Like a Bat of Hell I’ll be gone when the morning comes’ unless you’re giving it a 90 (as we say in Ireland). So we fully embrace the huge emotion of the song in every way. The fun, the camp, and the earnestness is all 150 percent.

BB: In addition to Meat Loaf, some songs were recorded by Air Supply, Celine Dion, and Bette Midler. Is their pressure that you’ll be compared to these artists or have you completely reinterpreted the music?

CB: As a woman singing Meat Loaf, no one is expecting me to sound like him. I was given crazy amounts of freedom like I’d never had before where I was asked what I wanted to do. If I wanted to sing something higher, Jim would say, ‘Amazing!’ But Celine Dion’s “All Coming Back to Me Now” gets me a little nervous. I’m never gonna sound like her because it’s just not my style. So, I just stick with my rocky, chest belt. 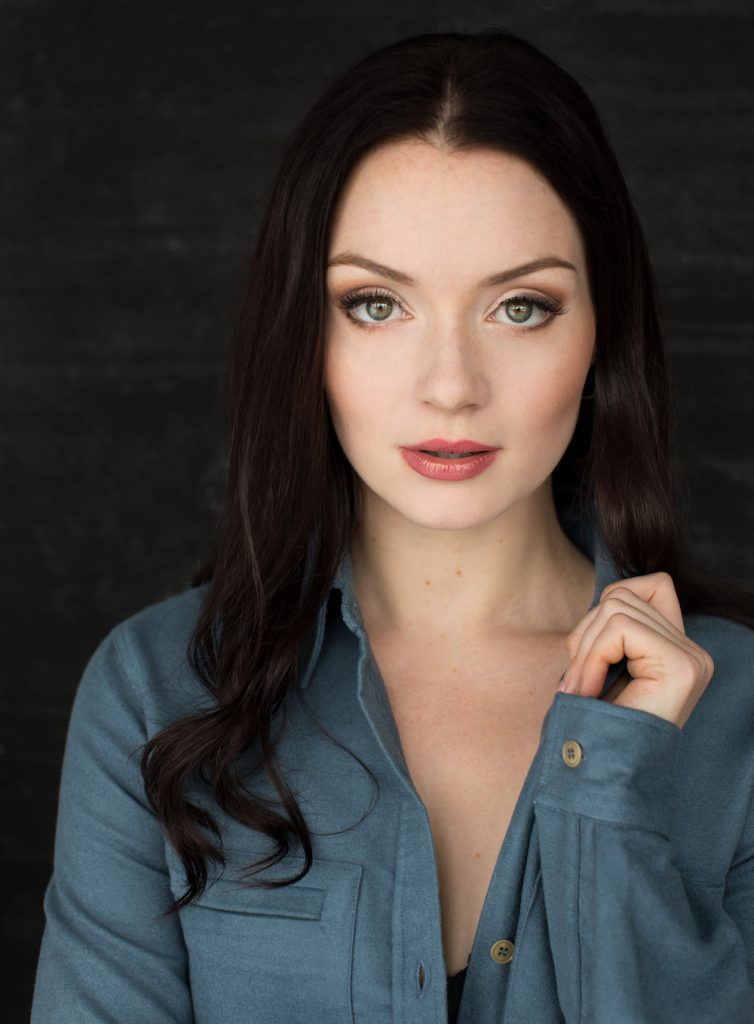 BB: Speaking of song styles, you’re a trained soprano who has been in Oklahoma!, Sweeney Todd, and Showboat — all of which are traditional musical theater pieces. Did you have to make any drastic changes to your technique?

CB: I was trained to be a technical coloratura soprano singer. I met this amazing teacher named Stephen Luke Walker, who showed me how to translate that technical singing into the belt style. I’d spent so long in corsets and long wigs with restrictions where I’ve needed a lot of breath and space. Now, I’m throwing myself around the floor with no restrictions, so I’m able to just let rip and let loose. The excitement of this music is that it doesn’t always have to be pretty. It’s more about the rawness and energy. I’m a bit of a perfectionist, but this has really made me feel the music more, and I’m having fun with that.

BB: There are strong themes of women power in this show. Can you tell us about them?

CB: The most amazing thing is that the show gets a little bit risqué, but all of the sexual agency comes from the women. They are in the driver’s seat. My character, Raven, comes across as an innocent doll-like figure because she’s lived in a tower with her parents all her life, so she’s been sheltered. Yet she’s darker and has a lot more agency and confidence than one would expect. She doesn’t really know how to express herself because she’s never had the social conditioning. The mother and daughter bond is quite strong as well. Really, the men chase the women, and the women are the ones who set the boundaries here. Women really lift each other up in this as well, and that also translates to our backstage relationships.

BB: You’ve brought this show to audiences in different parts of the UK and in Toronto. Have reactions differed?

CB: Oh yeah! We started in Northern England in Manchester and it was raucous. London was responsive, too. People said that UK and Canadian audiences would be polite, but I think we really brought them out of their shell. It will be interesting to see how New York reacts because Bat out of Hell started here as a reading, so it’s really come full circle.

CB: Yes. We’ve done a lot of press with him. He’s really normal, down to earth, and low-key but at the same time he’s larger than life. He told that cast that our interpretations of the song were just as valid—if not more valid—than his were. This is our story and our songs, and that’s how they live now. With that torch-passing, it gave us the license to have freedom.

During the second London run, he came to the show and sat in the box. During the show, we could actually see him, and I wanted to cry tears of joy thinking, ‘What is my life?’

BB: And how about Jim Steinman?

CB: Jim used to be on FaceTime when we rehearsed in the UK, so he was definitely hands-on. His brain is so creative that it never stops producing ideas so we’d add and change things constantly. The show has been continuously evolving. Even the New York production will have new staging and sets.

BB: What are you most looking forward to during your time in New York?

CB: I’m really excited to meet people. I love Americans. All I want to do is chat with them. I can’t wait to see this city get on board with our insane show.

BB: And is there a target audience for it? 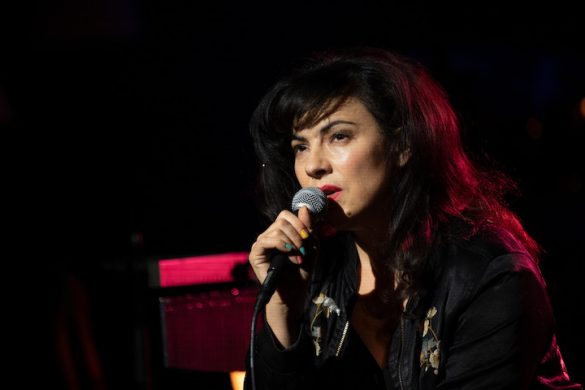