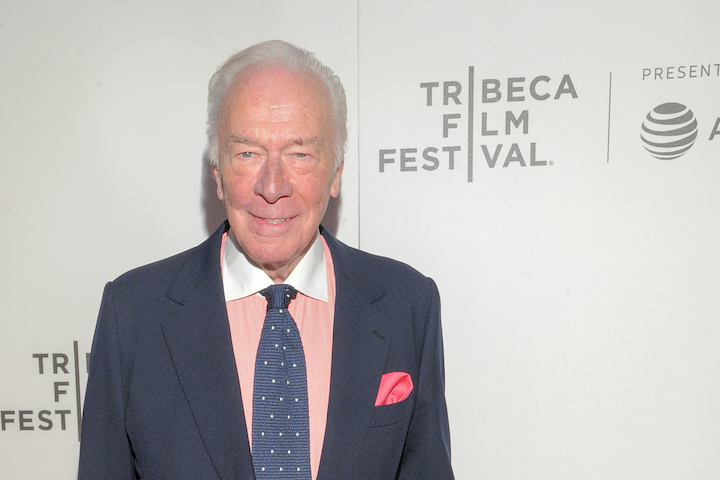 Tony, Emmy, and Academy Award winner Christopher Plummer passed away on Friday, February 5, at age 91. Known internationally for singing Edelweiss and playing Captain von Trapp in the film The Sound of Music (1965), Plummer was a beloved leading man of TV, theater, and film whose career spanned an impressive seven decades.

Plummer started his career in theater, appearing on Broadway on numerous occasions from the 1950s onward. He received his first of a whopping seven Tony Award nominations in 1959 for the lyrical Broadway play J.B. He went on to win two Tonys, one for Best Actor in a Musical (Cyrano) and one for Best Actor in a Play (Barrymore). His other nominations were for his leading roles in Othello, No Man’s Land, King Lear, and Inherit the Wind.

With his success in theater firmly established — and his role in The Sound of Music opposite Julie Andrews making him an international star — Plummer smoothly transitioned into film, earning three Academy Award nominations, all within one decade later in his career. He was nominated for The Last Station and All the Money in the World and won for playing Hal in Beginners, a father dying of cancer who comes out of the closet and starts life anew after his wife passes away. His final film appearance was in the murder mystery comedy Knives Out, in which he played a patriarch to a starry cast that also featured Ana de Armas, Chris Evans, Jamie Lee Curtis, Michael Shannon, Toni Collette, and others.

Plummer also made numerous TV appearances over his career, winning Emmys for Arthur Hailey’s the Moneychangers and his voiceover work in Madeline. Plummer did receive a single Grammy nomination for Best Recording for Children, meaning he came quite close to achieving EGOT status. Born in Canada, Plummer received the Canadian Screen Award for Lifetime Achievement in 2016.

Following his death caused by complications caused by a fall, his family released a statement announcing that Plummer had “died peacefully at his home in Connecticut with his wife, Elaine Taylor at his side.” Perhaps none put it as poignantly as Julie Andrews, who paid tribute to Plummer, stating, “The world has lost a consummate actor today and I have lost a cherished friend. I treasure the memories of our work together and all the humor and fun we shared through the years.”