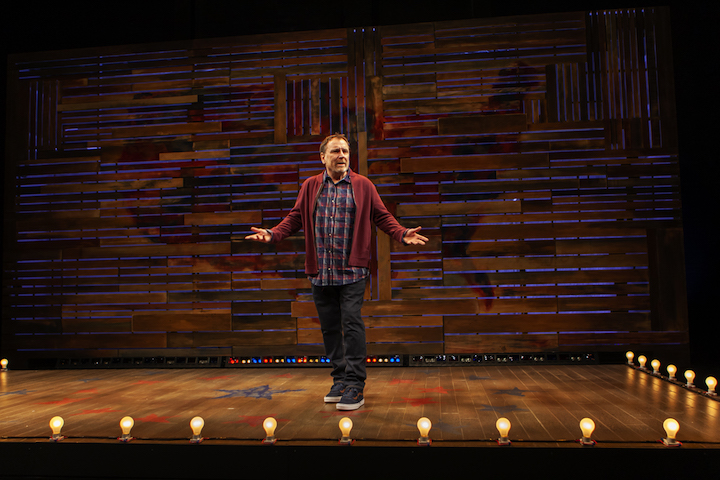 Has free speech gone too far? Is equality only good in theory? Should America just pack it in and get a divorce? These arguments and more are explored in Colin Quinn: Red State, Blue State, an evening of musings on the current chasm in American political discourse. And for those (on either end of the political spectrum) who’ve only recently recovered from having bitten their tongue maintaining the peace at the holiday table, Mr. Quinn’s patented style of “nobody is spared” comedy is a welcome tonic for these troubled Trumpian times.

Remarking that America is at risk for a second American Civil War, he sardonically paints a picture of fat cooler-lugging refugees in flip-flops “trundling towards Canada like a giant cattle drive.”

“There will be nothing glamorous about it,” he further opines, “when kids 50 years from now are reading about the battle of Six Flags or the siege at Dave and Buster’s.” 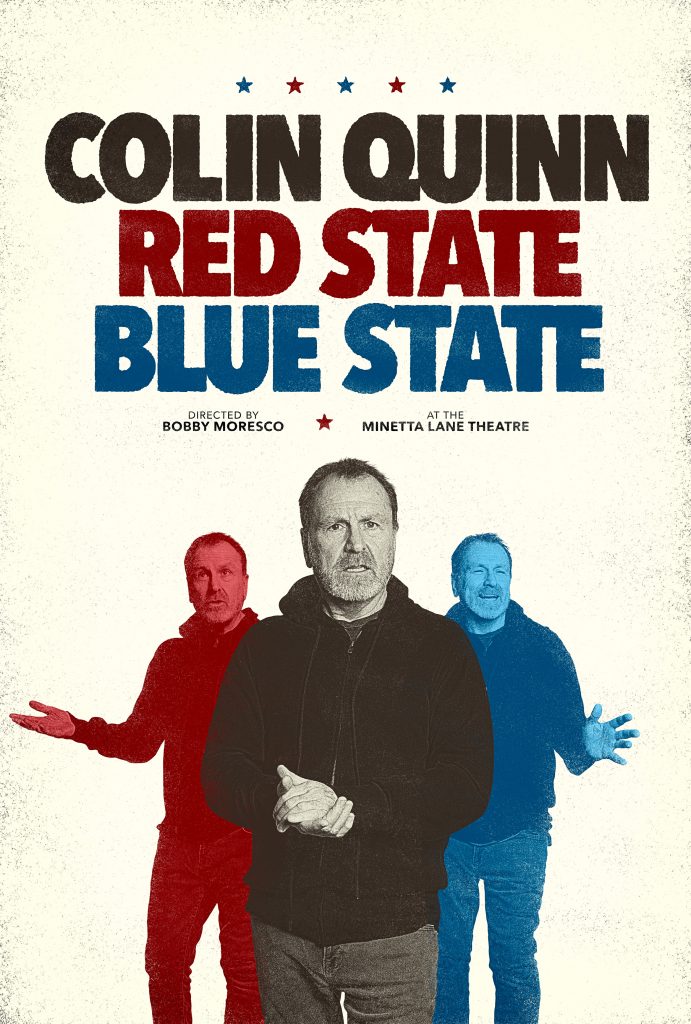 Mr. Quinn is treading familiar ground. As host of SNL’s Weekend Update for two and a half seasons, he’s no stranger to political humor. His 2010 Broadway one-hander Long Story Short (which explored the absurdity of world history), showed him to be a master of long-form themed stand up. As always, Mr. Quinn’s delivery is as inimitable as his comic writing is sublime. Directed by Academy Award-winning writer Bobby Moresco, Colin Quinn: Red State, Blue State is a zippy evening that provides as many laughs as opportunities for self-examination.

Throughout the evening (where he does free speech inspired sub-riffs on social media and how the political left has ruined comedy), Quinn examines alternatives to our current form of government. Taking on pure capitalism for turning companies into corporations that created a cheap labor problem, he equally blasts socialism as an “everybody gets a trophy” solution that is ironically popular with the super-rich. “Never trust a socialist with a summer house,” he advises.

The highpoint of the show is when Quinn shoots off 49 rapid-fire put-down jokes aimed at each one of America’s states. To Alaska, he jokes: “We left you alone too long when you were growing up. Now you’re a bit odd.” To Louisiana, he says: “If France had a return policy, you’d be at the FedEx office right now.” He combined North and South Carolina because he knows it bugs them.

Early in the evening, Mr. Quinn points to early caveats from Washington and Adams against excessive political party spirit and geographical distinctions. Admonishing our Founding Fathers for addressing but not providing any solution to two-party tribalism, he snarks: “What did they tell us to do about it? They just said it and then died… Real geniuses.”

And even though he’s not able to offer any solutions to bridging this divide himself, his observations force Fox News-viewing members of the audience to think more critically while asking MSNBC fans to examine their own hypocrisy. Mr. Quinn may not have any lasting solutions to America’s problem. He is, however, able to unite everyone for 70 minutes. That’s a nice start.