Top Posts
‘Company’ to Hit the Road on North American...
Meet the Full Cast of ‘Shucked,’ Coming to...
Full Cast for ‘Parade’ Announced
Stephen McKinley Henderson Gives the Performance of His...
The McKittrick Hotel Announces the Return of ‘The...
Broadway Stars Honored with Academy Award Nominations
Taylor Trensch, Danny Wolohan, and More Join the...
A Gay Road Trip Comes to The Brick...
Maude Apatow of ‘Euphoria’ is the Next Audrey...
Tony Award Winners to Star in ‘Hercules’ at...
Home Show Folk Theater Buff: Conor Ryan of ‘Desperate Measures’
Show FolkTheater Buff A drunk priest,  yearnful nun, straight-laced sheriff, unscrupulous Governor, and sexy saloon woman all unite to save Johnny Blood, a hot-tempered but earnest cowboy fighting for his life in the musical comedy Desperate Measures. The show opened last year at York Theatre Company where it received several extensions and numerous accolades. It recently found an Off-Broadway home at New World Stages for an open-ended run.

Blood is played with endearing charm by Conor Ryan, this month’s fabulous actor/singer/dancer who graces our Theater Buff feature. Hometown:
Monterey, CA but I’ve lived in Carmel, Los Gatos, Colorado, Rhode Island and Boston. I went to college in Michigan and then moved to New York where I’ve been ever since.

Desperate Measures depicts the depths to which people will go for love. What is the craziest thing you’ve ever done for love?
Omigosh. What an amazing question! I’ll say too much credit card debt on people I love!

There are so many hilarious moments in this show. How were you and your cast able to rehearse without breaking character?
When we started at the York, we were all trying to discover the tone. We knew we needed to push the comedy really far, but not too far. The process was gentle and cautious. Once we got into previews and added the audience, the comedy became much more obvious. It became a lot faster paced. At this point, we’re familiar enough with each other, but once in a while it still may happen. Your character, Johnny Blood, isn’t the sharpest tool in the woodshed. Where did you find inspiration for the role?
There is some of me in him. I’ve always been a physical actor. With Johnny, there is so much in the text. At first, I just saw him as a dumb cowboy but it wasn’t really funny. Early on, our director and writers looked at other forms of intelligence for him. We found it in his physical intelligence. I’ve definitely been inspired by Dick Van Dyke and Ray Bolger, but I used my own instincts and the script. At the end of the day, he’s really this hopeless romantic with a slow-moving noggin. He’s more layered than meets the eye. That’s a testament to our writers. This show is not just a dumb romp. It’s got some real tender moments and heart if you’re looking for it.

If I wasn’t a performer I’d be:
Dead

Places, intermission, or curtain call?
Places. The fun’s about to begin.

Best place to unwind after the show is:
My couch

My favorite off-the-beaten-path place in New York is:
A brunch spot in Brooklyn called Cheryl’s Global Soul. They have great oatmeal.

My workout secret:
Planet Fitness. It’s cheap and it’s all over the city.

My workout regimen includes:
Stretching before the show, eating well, and occasionally weightlifting.

When I’m looking for a date, nothing attracts me more than:
Confidence.

My favorite website is:
IKEA. I’ve been buying things for my apartment My favorite book(s) are:
The Amazing Adventures of Kavalier & Clay by Michael Chabon, To Kill A Mockingbird (even though it’s cliché!), East of Eden, and the Harry Potter series.

My favorite movie:
American Beauty. I love Annette Bening in it. I’m not willing to let that one go.

My aspiring dream role is:
The role I’m doing now, actually. I’m stealing my co-star, Lauren Molina’s answer here. Most actors are looking for roles that haven’t been written yet and one in which that they can claim as their own. To that end, I’m living that dream now. That being said, I’d say Shakespeare in any capacity.

My favorite musical:
Is a tie between Sunday in the Park With George, The Light in The Piazza, and Cabaret.

If I didn’t live in New York, I’d live:
In California or Colorado with my family. 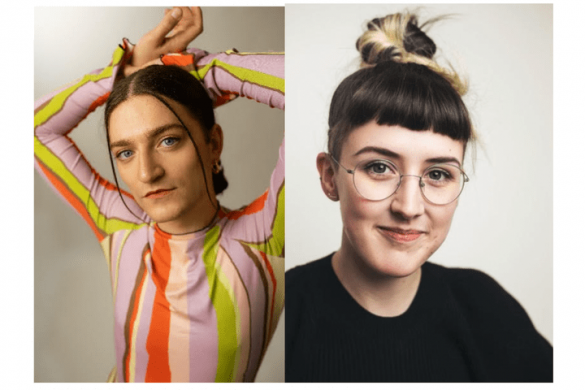 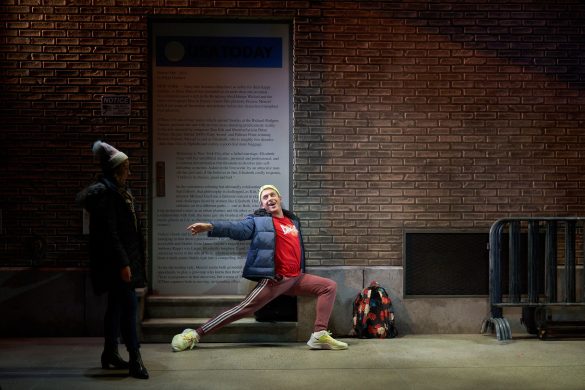