Top Posts
‘Company’ to Hit the Road on North American...
Meet the Full Cast of ‘Shucked,’ Coming to...
Full Cast for ‘Parade’ Announced
Stephen McKinley Henderson Gives the Performance of His...
The McKittrick Hotel Announces the Return of ‘The...
Broadway Stars Honored with Academy Award Nominations
Taylor Trensch, Danny Wolohan, and More Join the...
A Gay Road Trip Comes to The Brick...
Maude Apatow of ‘Euphoria’ is the Next Audrey...
Tony Award Winners to Star in ‘Hercules’ at...
Home Beyond Broadway Cracking the Nut: 5 Can’t-Miss Holiday Theatrical Events
Beyond BroadwayBuzzReviews How many times can you drag you or your loved ones to George Balanchine’s The Nutcracker or the Radio City Christmas Spectacular featuring dozens of leggy and bleach-toothed Rockettes? I admit… these are iconic New York experiences, and if you’ve never been to the Big Apple during the holidays, at least one of them should be on your to-do list, along with the tree at Rockefeller Center and the decorated windows along Fifth Avenue. But for those with a more adventurous (and occasionally twisted) take on the holiday season, consider one of these theatrical ventures that is sure to have you bellowing “Ho, Ho, Whoa?” in no time. Nutcracker Rouge
For grown-ups only, this mischievous and somewhat loose interpretation of the beloved holiday classic gets cranked up a few notches thanks to the innovative choreography and circus antics from director/choreographer Austin McCormick. Merging dance, circus, cabaret and naughty theatrics, you’ll be have more than visions of sugar plums dancing in your head.

A stand-out performance by Laura Careless, who transforms from wide-eyed muse to a 21st century version of Gypsy Rose Lee is worth the ticket alone—along with a bevy of high-heeled boys in thongs. Jinkx Monsoon & Major Scales: Unwrapped
Our favorite drag superstar returns with an all-new holiday special, featuring original songs, covers, comedic flair and drag sass that has catapulted actor Jerick Hoffer’s alter ego into sparkly stardom. The pair’s recent hit, The Vaudevillians, just ended a sold-out run at The Laurie Beechman Theater, so now is your chance to catch them in all of their holiday glory. A Very Special
Star Wars Minute
Star Wars Holiday Special
Special: Live!
That’s not a typo, just the quirky humor of co-hosts Alex Robinson and Pete the Retailer, who have been hosting the cult-worthy Star Wars Minute podcast over the last year. The duo will tackle the Star Wars Holiday Special, a 1978 TV broadcast, in a live show. Creator George Lucas reportedly said, “If I had the time and a hammer, I would track down every copy of that program and smash it.”

Take the jump for two more picks and bonus recommendations! A Broadway Christmas with Brian Stokes Mitchell
Broadway crooner (and belter) Brian Stokes Mitchell joins the New York Philharmonic for a holiday concert that includes such favorites as “White Christmas” and “The Little Drummer Boy” as well as more contemporary tunes including “We Are Lights” by Stephen Schwartz and the moving ballad “Grateful” by John Bucchino. Mitchell’s Broadway credits include Man of La Mancha, Kiss of the Spiderwoman and Ragtime, among others. Founded in 1842, the New York Philharmonic has won 19 Grammy Awards and is the oldest existing symphony in the United States. Sandra Bernhard in Candyland
Original downtown loudmouth, social commentator and vocal powerhouse Sandra Bernhard returns to Joe’s Pub with her band, The Flawless Zircons, for an end-of-year celebration of the highs and lows of 2013. Expect a sharp blend of theater, rock-n-roll, stand-up and cabaret that weave together Bernhard’s outspoken views and occasionally outrageous mouth.

Bernhard began her career in 1970s Los Angeles at the famed Comedy Store and has since appeared on Broadway as well as film and TV appearances, including the first openly gay character on a network sitcom—Roseanne. She more recently appeared on TV Land’s Hot in Cleveland and has made more than 20 appearances on David Letterman.

We’re sure Bernhard have a mouthful of holiday cheer.

BEYOND NEW YORK
There is lots of holiday cheer to be spread beyond New York. If you find yourself in either of the following locales, be sure to check out these favorites….

Virginia Repertory Theatre: Fiddler on the Roof
Tradition! Director Richard M. Parison, Jr. has mounted a stirring revival of this Tony Award-winning classic and Richmond, Virginia, is all abuzz. “An exceptional theatrical experience. One of the most impressive musicals I’ve ever seen on a Richmond stage,” says Jerry Sifter from Independent Richmond Television while Richmond Show Biz Radio says, “Virginia Rep’s production serves as an extraordinary evening of musical theater!” Above the Stag Theatre: Jack Off the Beanstalk
A classic Christmas pantomime gone awry, expect cross-dressing, romance, sweet-throwing, silliness and songs from London’s LGBT theater company. In 2012 it was forced to close its performance space to make way for the redevelopment of Victoria station. After a long search for a new home, the Above The Stag Team are proud to be back again now in Vauxhall, one of London’s most vibrant and exciting areas. How exciting? Well, you’ll have to ask Jack.

Above the Stag Theatre: Jack Off the Beanstalk
Arch 17
Miles Street
London
Through January 5. 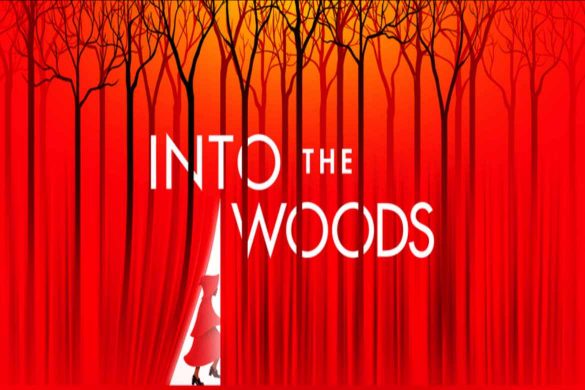