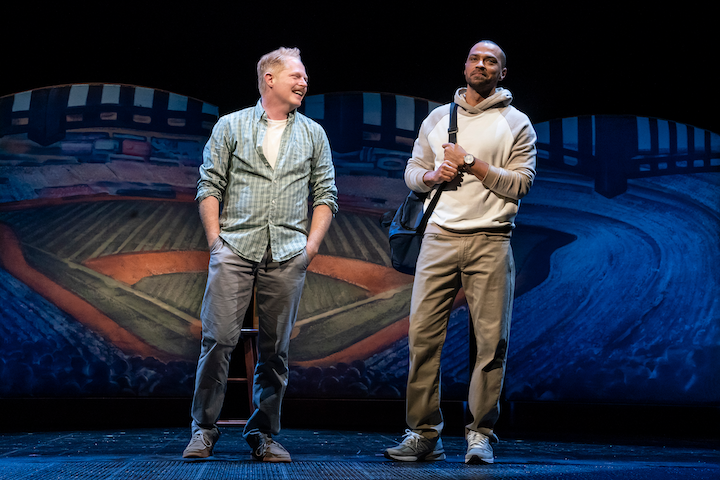 (l to r) Jesse Tyler Ferguson and Jesse Williams in ‘Take Me Out.’ (Photo: Joan Marcus)

A starry revival of the Tony Award-winning play Take Me Out by Richard Greenberg and featuring Jesse Williams, Patrick J. Adams, and Jesse Tyler Ferguson is now playing at Second Stage and critics are sharply divided, with praising the production and cast and others taking note of how the play has aged.

Jesse Green for The New York Times gave the production a positive review, writing, “In performance, now no less than in 2002, when it had its New York debut at the Public Theater, it is mostly delightful and provocative.”

Frank Rizzo, for Variety, was also overall pleased, saying, “This revival … is a solid hit, despite a few grounding errors.” 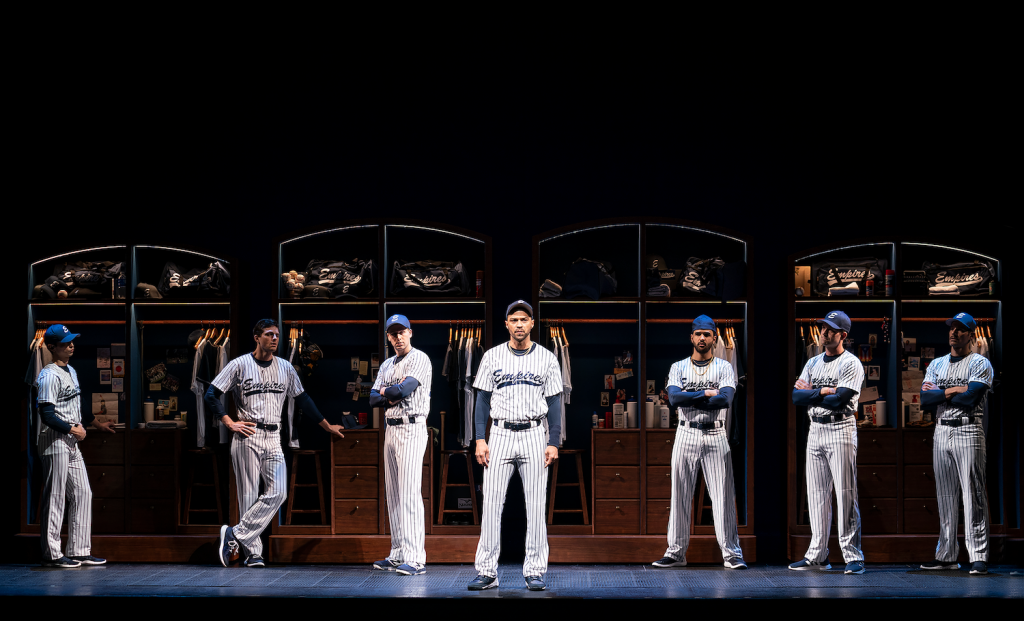 The cast of ‘Take Me Out.’ (Photo: Joan Marcus)

But not all critics were so pleased. For New York Magazine, Helen Shaw noted, “Greenberg’s deftly constructed play is full of dramaturgical distractions to keep us off balance. Under Scott Ellis’s direction, the clownish characters go extremely silly and broad.”

Juan Michael Porter II, for Did They Like It, called out the ways in which the show has poorly aged: “Almost two decades later, [Richard Greenberg’s] ableist and gay-caricature-laden affair has returned to Broadway, complete with its dated humor and obsession with the white gaze.”

Naveen Kumar for Broadway News was also critical of some parts of the play, penning, “the revival of Take Me Out from Second Stage is a down-the-middle throwback that neither connects squarely with the present nor meaningfully replays the past…Jesse Tyler Ferguson makes for a more lively and personality-forward storyteller when his character turns to the audience, acting as a kind of proxy for lay people, fans and gay New Yorkers suddenly interested in sports.”