Top Posts
Keala Settle Heads to West End to Join...
‘The Kite Runner’ Heads to Broadway for Limited...
First Look at Audible’s ‘Long Day’s Journey Into...
Robert Cuccioli Stars in ‘A Touch of the...
Tim Rice Teases that ‘Chess’ May Come to...
‘Girl From the North Country’ Announces Closing, Sort...
NYC Broadway Week 2-For-1 Tickets Now on Sale
Brittney Johnson Will Be First Black Glinda in...
Broadway-Bound ‘Paradise Square’ Delays Opening Due to COVID-19
James Monroe Iglehart Joins Cast of Broadway’s ‘Chicago’
Home Beyond Broadway In ‘Daddy Long Legs,’ A Letter-Writing Musical Lifts Off the Page
Beyond BroadwayReviews 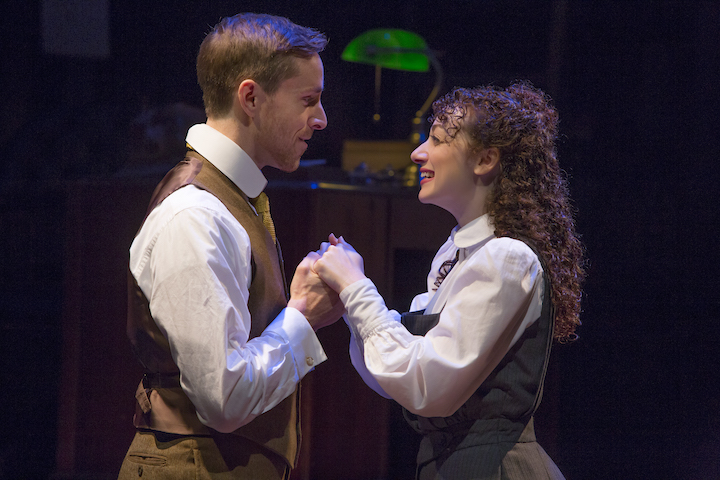 It’s been said that letter writing is a lost art. This has never been more true than today when even email communication has been replaced by texts, and emojis have made words go the way of the dinosaur. So, it is particularly refreshing to sit through two hours of Daddy Long Legs, a sweet albeit sometimes overly precious two-hander musical about the correspondence between a plucky orphan girl and the man who anonymously finances her college education.

Brought to life on stage by real-life couple Megan McGinnis (Little Women, Thoroughly Modern Millie) and Adam Halpin (Dog Fight, Glory Days and the Virtual Community Voice in Dear Evan Hansen), Daddy Long Legs is the story of Jerusha Abbott, the oldest orphan in a New England orphan asylum in the early years of the 20th century. A comic essay she wrote catches the eye of Jervis Pendleton, a young trustee who offers to anonymously fund her education on the condition that she write him one letter a month.

Rather than use the pen name Jervis has chosen to hide behind (John Smith), Jerusha calls him Daddy Long Legs, assuming that he’s far older than he is. In fact, he’s only a few years her senior, and the pair eventually fall in love through her letters. Although she meets and develops a relationship with Jervis Pendleton, the identity of Daddy Long Legs remains a mystery until the sweet but predictable ending unfolds. 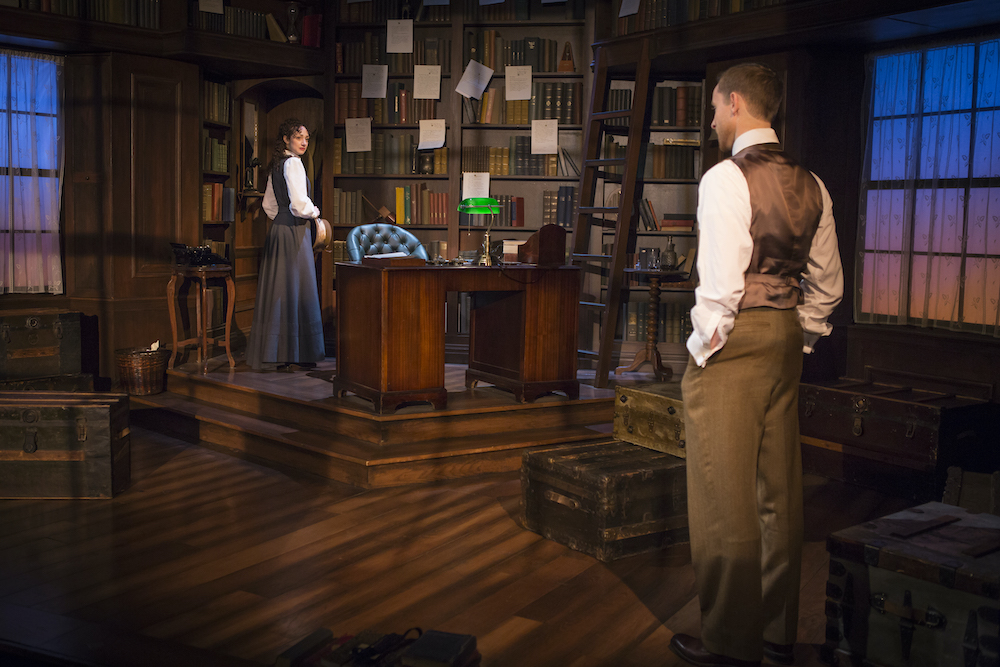 Based on the 1912 epistolary novel by Jean Webster, Daddy Long Legs is well-trafficked material. In 1919, it served as a vehicle for silent movie star Mary Pickford, followed by a talkie version in 1931 starring Janet Gaynor. In 1955, Hollywood gave the story an updated musical spin with Fred Astaire and Leslie Caron. It even loosely inspired the 1935 Shirley Temple musical Curly Top that included the song “Animal Crackers in my Soup.”

Songwriting duties for the version available for streaming on BroadwayHD, go to composer-lyricist Paul Gordon (Jane Eyre), who penned some lovely songs for the cast of two and orchestra of three. Playing double duty as book writer and director, John Caird (Les Misérables, Nicholas Nickelby) eschews his signature grand style for the more delicate storytelling that this quiet chamber musical requires. His inventive staging includes the movement of steamer trunks around the tiny Davenport Theater stage and translates beautifully to home video.

As Jerusha, the doe-eyed McGinnis is a delight to watch as she takes her heroine through heartache, bewilderment and the excitement that comes with the discoveries of early adulthood. Her mellifluous voice tackles the melodic score with honesty and, refreshingly, without a hint of melisma. As the slightly duplicitous Jervis Pendleton, Halpin handles the material with charm. The offstage couple’s onstage chemistry is palpable.

Musical two-handers like John & Jen, The Last Five Years, and I Do! I Do! have long provided more attentive audiences with an opportunity to get into the souls and relationships of their characters. In the same vein, Daddy Long Legs is one to write home about.