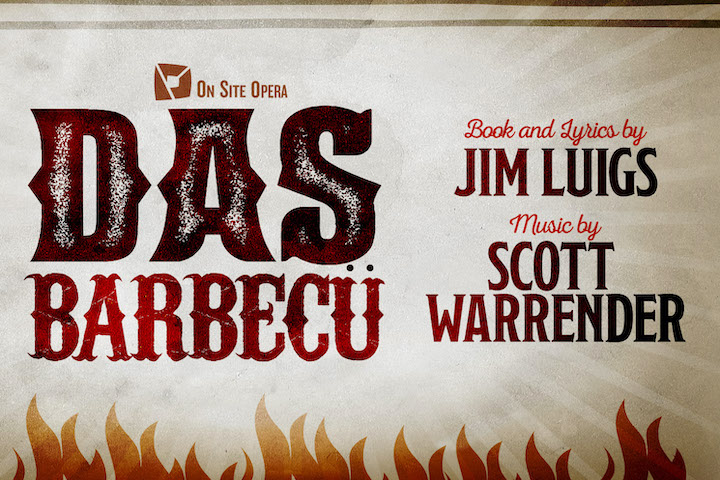 Is the Metropolitan Opera House too stuffy for you? How about the basement of one of New York City’s most popular barbecue joints instead?

On Site Opera, an organization dedicated to presenting site-specific opera productions in non-traditional venues throughout New York City, has announced casting for Das Barbecü at Hill Country Barbecue Market, January 26- February 11, 2020. With book and lyrics by Jim Luigs and music by Scott Warrender, Das Barbecü’s songbook ranges from Broadway to Texas swing, jazz to twangy country and western with a multi-disciplinary cast to reflect the show’s artistic demands.

Also joining the cast is the “mighty crossover” baritone Robert Wesley Mason (Nashville Opera, Eugene Opera) who has appeared on opera and theater stages across the country and in TV and film, and the “powerful” Zuri Washington, most recently seen in Bat Out of Hell and the national tour of Bring it On: The Musical. This dynamic cast brings a wide range of talents and experience to fulfill On Site Opera’s overarching mission of presenting productions in immersive surroundings to create an authentic and intimate experience for all of the senses.

As previously announced, the production will be directed by Eric Einhorn and Katherine M. Carter, conducted by Emily Senturia, with costume design by Whitney Locher, lighting design by Shawn K. Kaufman, and hair and make-up design by Gabrielle Vincent.

While opera buffs will be familiar with the basic outline of the story, even an opera and theater novice will find their way through the complex plotlines in which Wagner’s “Ring” cycle is put to country-western tunes dressed like a rhinestone cowboy and set deep in the heart of Texas.

Luigs’ clever book makes the twists and turns part of the joke, as Siegfried, a guitar-strumming cowboy, has given his beloved cowgirl, Brunnhilde a magical ring of gold, only to find that his engagement plans have been thwarted by evil half-dwarf Hagan. After the dwarf —a bartender at the local roadhouse who covets the magic ring — drugs Siegfried’s beer, the singing cowboy proposes to Gutrune, a lovesick two-stepper whose usual attire can only be described as a wedding dress by way of the Grand Ol’ Opry complete with white cowboy hat and veil. A delicious piece, both musically and gastronomically, Das Barbecü will be served with a side of New York’s best brisket, and a menu that includes mac & cheese, sweet potato bourbon mash, banana pudding, and cornbread, too. (Now that Oklahoma! is closing, where else can we get a meal and a show?)

With nine performances, funding for this production is made possible through grant funding from The New York State Council on the Arts, the New York City Department of Cultural Affairs, and the Howard Gilman Foundation.