Top Posts
‘Company’ to Hit the Road on North American...
Meet the Full Cast of ‘Shucked,’ Coming to...
Full Cast for ‘Parade’ Announced
Stephen McKinley Henderson Gives the Performance of His...
The McKittrick Hotel Announces the Return of ‘The...
Broadway Stars Honored with Academy Award Nominations
Taylor Trensch, Danny Wolohan, and More Join the...
A Gay Road Trip Comes to The Brick...
Maude Apatow of ‘Euphoria’ is the Next Audrey...
Tony Award Winners to Star in ‘Hercules’ at...
Home Beyond Broadway Bud Light and Brünnhilde: ‘Das Barbecü”s Ring Cycle Reimagining
Beyond BroadwayReviews 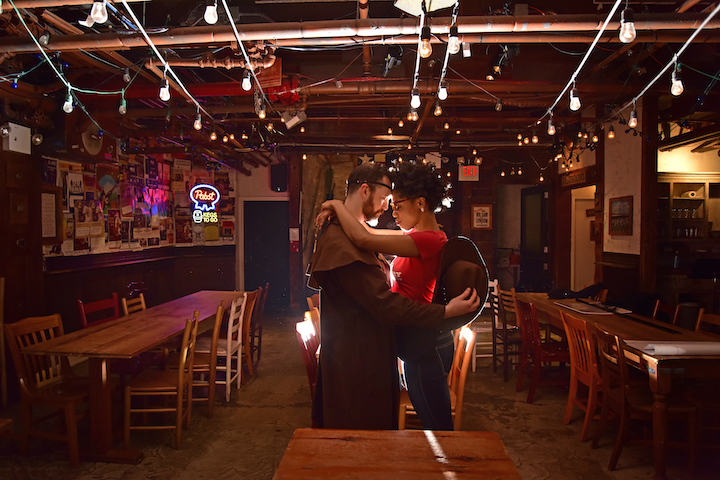 About 15 minutes into On Site Opera’s immersive staging of Das Barbecü, the country-western re-telling of Wagner’s The Ring Cycle, I felt myself identifying with Sheila’s famous line from A Chorus Line: “See, I never heard about The Red Shoes, I never saw The Red Shoes, I didn’t give a fuck about The Red Shoes.” I haven’t seen an iteration of The Ring Cycle, and this confounding staging of Jim Luigs and Scott Warrender’s adaptation has indefinitely scarred me from ever pursuing the original work.

It took Wagner more than a quarter of a century to compose the four-part epic tale, inspired by a Norse saga in which a ring grants its possessor world domination. Co-directors Eric Einhorn and Katherine M. Carter put the five-member cast through the paces as they collectively play more than 30 roles. Whitney Locher’s costume designs, which include plenty of branded merchandise from the venue, Hill Country Barbecue Market, offer a bit of assistance in determining who’s who. Still, the packed subterranean layout, terrible sightlines and lack of cohesive direction undermine any modest attempts at making sense of the complicated plot. 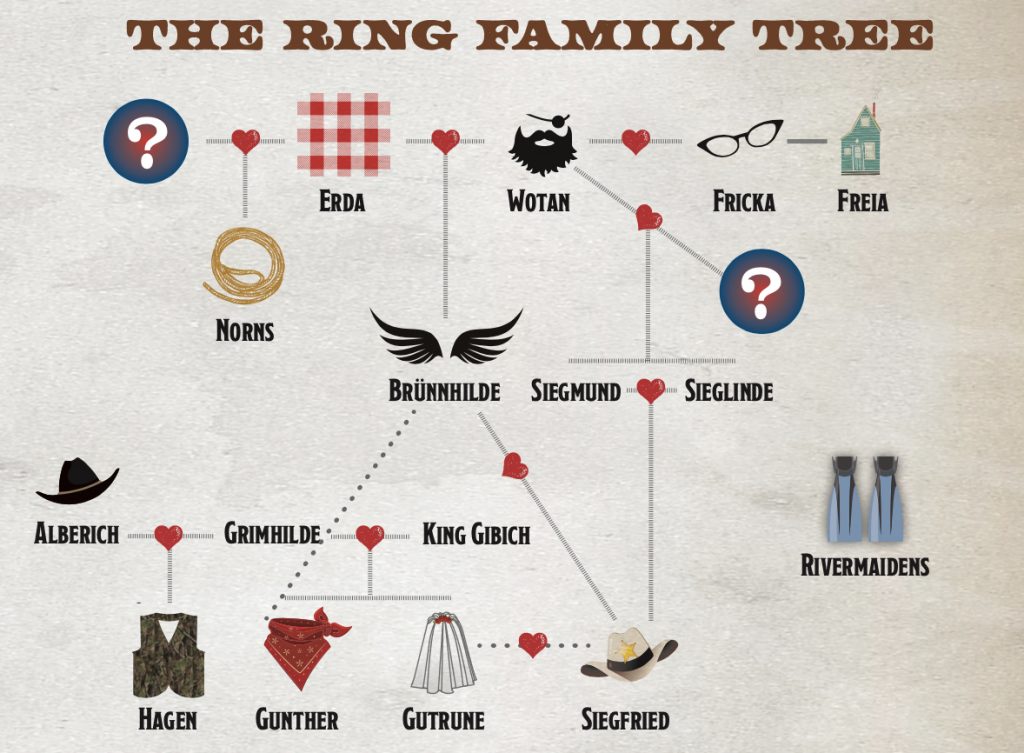 In theory, Hill Country is the ideal spot for Das Barbecü, and the pre-show family-style servings of brisket, barbecued chicken, mac ‘n cheese and sweet potatoes satisfy the palate. Unfortunately, the rest of the sensory experience quickly goes awry. Music director and conductor Emily Senturia fails to celebrate the catchy, country-tinged score, thinly played by a five-person band (featuring members of the American Modern Ensemble) with nary a sense of dynamics or enthusiasm.

It’s evident why no sound designer is credited, as the flat amplification, which further derails any attempt to understand Luigs’ witty lyrics, projects from the stage at the far end of the venue, leaving half of the audience unable to make sense of the already convoluted plot. Add the ambient noise from Hill Country’s bustling main dining room and you’ve got a recipe for disaster. 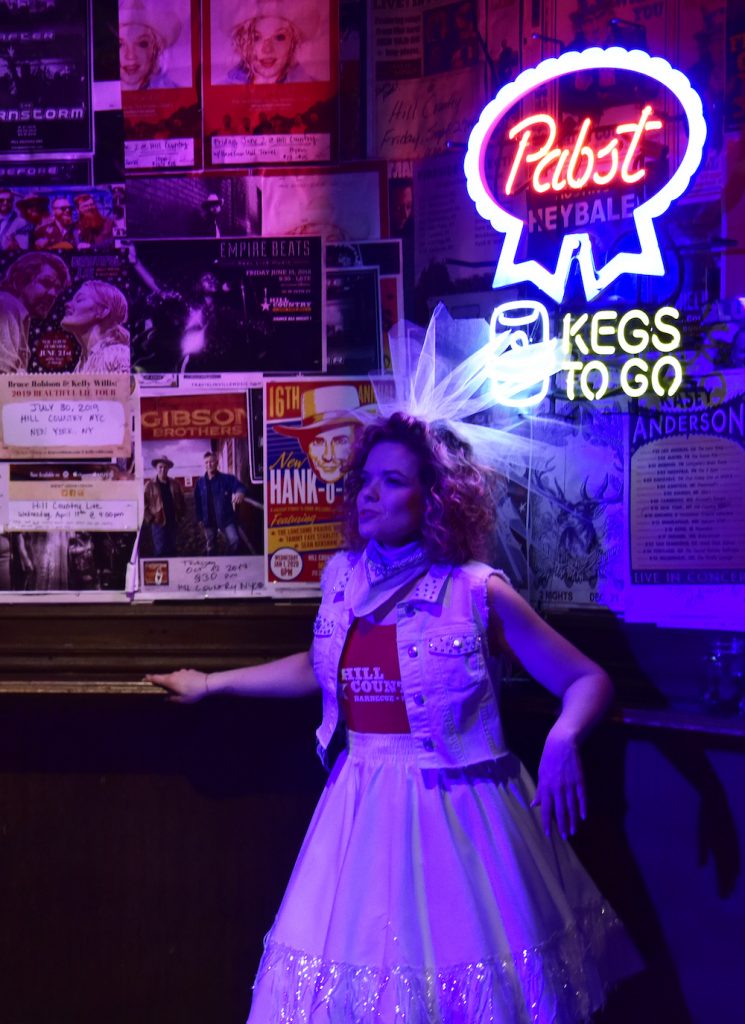 Justine Aronson in ‘Das Barbecü.’ (Photo: B A Van Sise)

Einhorn and Carter strain to make use of the unconventional space, which I’m sure looked like a terrific fit on paper. Non-existent sightlines force audience members to crane every which way at a literal breakneck pace to follow the action. Once actors settle into a particular space, they’re smartly staged, but the manic movement quickly becomes a nuisance to follow.

Now more than 25 years old, Das Barbecü was a benchmark production in terms of its ingenuity to reimagine source material. The recent Off-Broadway production of Desperate Measures, a Wild West adaptation of Shakespeare’s Measure for Measure, proves that audiences still have a hunger for a hoe-down. Unfortunately, Das Barbecü missteps in its ambition, unable to wrangle its complex origins in a venue that’s beggin’ for Bud Light more than Brünnhilde.