Top Posts
‘Company’ to Hit the Road on North American...
Meet the Full Cast of ‘Shucked,’ Coming to...
Full Cast for ‘Parade’ Announced
Stephen McKinley Henderson Gives the Performance of His...
The McKittrick Hotel Announces the Return of ‘The...
Broadway Stars Honored with Academy Award Nominations
Taylor Trensch, Danny Wolohan, and More Join the...
A Gay Road Trip Comes to The Brick...
Maude Apatow of ‘Euphoria’ is the Next Audrey...
Tony Award Winners to Star in ‘Hercules’ at...
Home Beyond Broadway ‘Dear Evan Hansen’ Announces First Cities for National Tour
Beyond BroadwayHot Ticket Producer Stacey Mindich is pleased to announce that the first national touring production of this year’s Best Musical Tony Award-winner Dear Evan Hansen will launch in October 2018 at the Denver Center for the Performing Arts.  The tour will go on to play more than 50 cities over a two-year period, including Buffalo, NY (Shea’s Performing Arts Center), Charlotte, NC (Blumenthal Performing Arts), Chicago, IL (Broadway In Chicago), Los Angeles, CA (Center Theatre Group), and many more as part of the 2018-2019 season.

“I was so moved by Dear Evan Hansen the first time I saw it I not only knew our audiences in Buffalo would embrace its celebratory message of acceptance, but I also knew I wanted to support Evan Hansen’s journey as a co-producer of the show on Broadway,” said Albert Nocciolino, President & CEO of NAC Entertainment and Co-presenter at Shea’s Performing Arts Center in Buffalo, NY.  “It’s been an honor to be a part of the journey and see firsthand how the show provides hope to many.”

“Nearly every day someone asks me if Dear Evan Hansen is going on tour and if it will be coming to Charlotte,” saidTom Gabbard, President of Blumenthal Performing Arts in Charlotte, NC.  “This show has uniquely touched the hearts of people in communities like ours thanks to its outstanding social media presence and its timely message that you are not alone. We couldn’t be more thrilled to host the show in our theatre and community.”

“I fell in love with Dear Evan Hansen, the moment I experienced it, I truly connected with its emotional core and love that it reaches so many people of all ages,” Eileen LaCario, Vice President of Broadway In Chicago said.  “Broadway In Chicago couldn’t be happier to share such a remarkable musical with all of Chicago.  Since it has opened on Broadway, people have called and requested that it be added to our schedule and we are thrilled to be able to announce that it is for sure coming to Chicago and that this not-to-be-missed show is worth the wait.”

Los Angeles’ Center Theatre Group Producing Director Douglas C. Baker added: “All of us at Center Theatre Group are thrilled to bring Dear Evan Hansen to Ahmanson Theatre audiences. It’s that rare musical that is not only deeply moving and emotional but also entertaining, enlightening and delightful. Truly an unforgettable experience.” 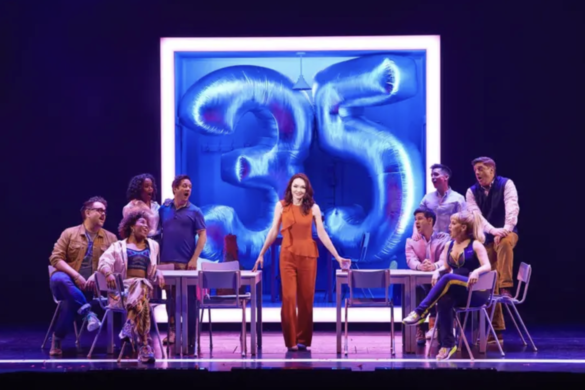 ‘Company’ to Hit the Road on North American Tour