Top Posts
‘Company’ to Hit the Road on North American...
Meet the Full Cast of ‘Shucked,’ Coming to...
Full Cast for ‘Parade’ Announced
Stephen McKinley Henderson Gives the Performance of His...
The McKittrick Hotel Announces the Return of ‘The...
Broadway Stars Honored with Academy Award Nominations
Taylor Trensch, Danny Wolohan, and More Join the...
A Gay Road Trip Comes to The Brick...
Maude Apatow of ‘Euphoria’ is the Next Audrey...
Tony Award Winners to Star in ‘Hercules’ at...
Home Show Folk Remembering the Legendary Dame Diana Rigg
Show Folk 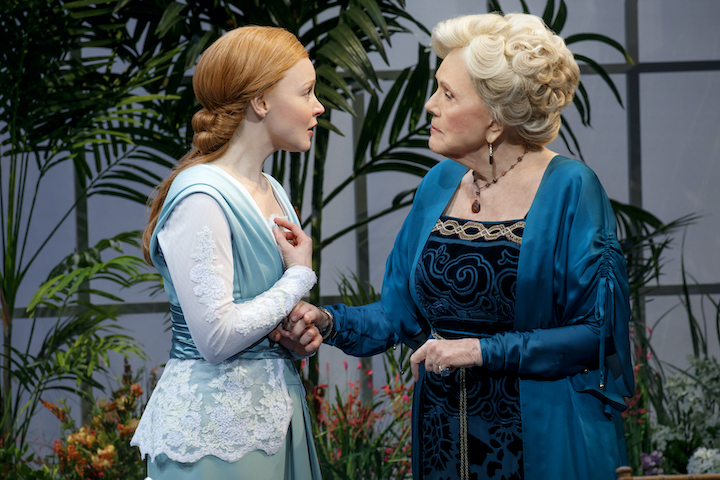 The entertainment world mourns the loss of Dame Diana Rigg, who died on September 10 at the age of 82.

Rigg was diagnosed with cancer in March, and “spent her last months joyfully reflecting on her extraordinary life, full of love, laughter and a deep pride in her profession,” said daughter Rachael Stirling to BBC News.

Depending on your oeuvre of choice, you’re likely familiar with Rigg’s astounding body of work in film, television and theater.

Rigg was the only James Bond love interest to (fictionally) marry the international agent in 1969’s Her Majesty’s Secret Service. It was also the only film to star George Lazenby as agent 007. The casting was logical after four seasons as Emma Peel on The Avengers, the crime-fighting action series. Rigg’s career spanned more than 50 years, and surged on television, once again, in 2015 when she was cast as Olenna Tyrell on Game of Thrones.

Some of Rigg’s greatest theatrical triumphs were to be found on stage. She performed regularly early in her career with the Royal Shakespeare Company. She later joined the UK’s National Theater Company after making her Broadway debut in Abelard and Heloise. She would return to Broadway three more times, in The Misanthrope (1975), Medea (1994, Tony Award for Best Actress in a Play), and Lincoln Center’s stunning revival of My Fair Lady (2018).

Rigg once said in an interview with The New York Times, “The theater to me is home; in some curious way, I don’t belong anywhere else.”

Be a dragon.
The realm will always remember Diana Rigg.

It was my great joy and privilege to have known Diana Rigg. From three slightly hysterical months at the Old Vic in ‘All About Mother’ to writing The Crimson Horror for Diana and her wonderful daughter Rachael. Flinty, fearless, fabulous. There will never be another. RIP pic.twitter.com/2EGc4MVx0S

“We are very sad to hear of the passing of Dame Diana Rigg, the legendary stage and screen actress who was much beloved by Bond fans for her memorable performance as Tracy di Vicenzo in On Her Majesty’s Secret Service, the only woman to have married James Bond.” pic.twitter.com/nqQCSg35oM