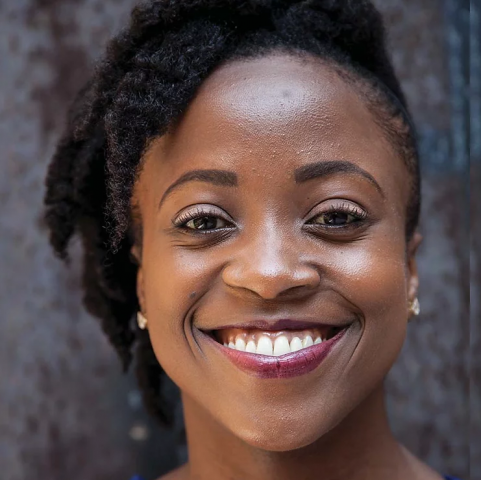 Theater veteran Krystal Renée is a multidisciplinary artist who spent six years on tour with the worldwide sensation Stomp. She is an accomplished singer-songwriter in the rock music scene. With an unapologetic vibrato, deeply soulful timbre, and effortless whistle register, Renée’s work as a musical artists offers a distinct sound rarely heard in the genre today.

Born of Guyanese and Nigerian descent, Renée is a native New Yorker, and has also devoted herself to arts education work alongside her performing career. Renée is currently Chief Marketing Officer with Creative Muse, a non-profit working to expand theater, arts and mindfulness programming on Manhattan’s lower east side, with a special focus on kids and adults in underserved communities.

The Broadway Blog spoke to Renée about her multi-faceted performing career, her work with Creative Muse, and the importance of arts education.

THE BROADWAY BLOG: First, can you tell us a little about your background in NYC theater? How did you end up joining Stomp, and how did your long run with that show shape your career?

After graduation, I began auditioning for shows. I landed a role with Stomp and toured nationally and internationally with the company for about 6 years. My time with Stomp was incredible. It helped to positively shape my career by giving me the opportunity to work with many types of performers and audiences. Onstage, I worked with a diverse cast of varying cultural backgrounds and artistic disciplines.

While touring, my experience was elevated as we often performed our – largely non-verbal – show for audiences that spoke completely different languages. That helped me gain a deeper sense of connection to, and understanding of, humans of all walks of life. In addition, the creators of the show were always incredibly present and a true joy to work with. It was an absolute honor to be a part of that show for as long as I was.

BB: How did you first become involved with Creative Muse?

RENÉE: Years ago, I worked as a teaching artist at another organization that provided arts programming for kids. While there, I had the privilege of working under the leadership of Jamie Parganos, who would eventually become the Co-Founder and Executive Director of Creative Muse. When Jamie reached out to me about my interest in joining Creative Muse’s program, I was thrilled!

BB: What makes arts education so important, particularly in underserved communities, and how does it help to shape individuals not just as artists, but as humans?

RENÉE: Underserved communities often have less resources, and as such, may face barriers that make it difficult for them to get basic needs met. Arts programs provide safe spaces for people to take a break from these daily life stresses, allowing them to explore their innate creativity in new ways. These programs can have profoundly positive impacts on mental health and often provide a great sense of community, thereby offering an important service that is not to be overlooked.

BB: Creative Muse brings working artists onboard as full time employees, which is unfortunately not so common – what is the void Creative Muse is looking to fill by offering that employment?

RENÉE: In New York City, it can be incredibly difficult for artists to sustain a livable wage while maintaining their artistic pursuits. What Creative Muse offers is a rare opportunity for artists to secure benefits that are typically only held by those who work in other fields. The chance to receive medical and dental benefits along with the option to take a couple days off devoted solely to creative pursuits is extremely rare. As an artist who’s worked in this field for most of my life, I have never come across an opportunity such as this one. I look forward to the day when opportunities such as these are not so scarce. In the meantime, I am grateful for the chance to be one of the few artists living in the competitive and costly city of New York with this opportunity.