Top Posts
‘The Phantom of the Opera’ Delays Broadway Closing...
A Christmas Guide to New York Theater
Ingrid Michaelson Rings in the Holidays for Two...
Review: ‘& Juliet’ Is A Daffy, Absurdly Joyous...
Jinkx Monsoon & BenDeLaCreme’s ‘The Jinkx & DeLa...
Review: Victoria Clark Shines in the Refreshingly Original...
Review: Mike Birbiglia Astounds in ‘The Old Man...
A Sondheim Stocking Stuffer: New Book Offers Insightful...
From ‘Tattooed Lady’ to ‘KPOP,’ Plus A Quick...
Museum of Broadway Will Open Its Doors November...
Home Beyond Broadway ‘Disney’s Winnie the Pooh’ Returns to NYC this Summer
Beyond Broadway 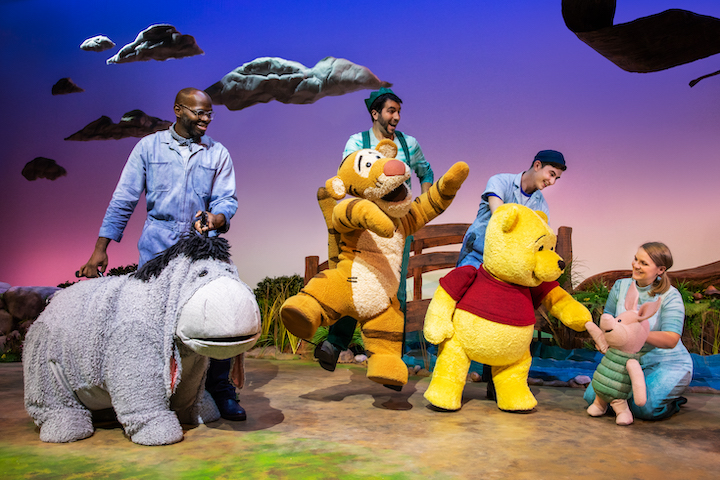 There are already tons of new works to look forward to this year, and now one more can be added to 2022’s exciting roster: Disney’s Winnie the Pooh: The New Musical Stage Adaptation will return for a limited engagement beginning June 18. The celebrated show for families of all ages will bring Pooh, Christopher Robin, and their best friends Piglet, Eeyore, Kanga, Roo, Rabbit, Tigger, and Owl back to New York City, with performances running through July 31s at the fittingly-named Hundred Acre Theatre at Theatre Row (410 West 42 Street).

Inspired by the beloved books by A. A. Milne and the classic Disney featurettes, Disney’s Winnie the Pooh: The New Musical Stage Adaptation played a limited run in New York this past fall, beginning in October 2021. Soon, the animated story comes to life as created and directed by Jonathan Rockefeller. In a statement, Rockefeller said, “The music, the spectacular life-size puppets, and the charming performances are the perfect way to introduce (or re-introduce) audiences to live theatre, and this is a must-see show for Winnie the Pooh fans of all ages. We persevered through a difficult winter season and have continued to prioritize the safety of all our patrons. We are excited to bring the Hundred Acre Wood back to the city so that more families (young and old!) can safely join us during the summer months.”

In a new story from the iconic Hundred Acre Wood, this fresh stage adaptation is told with life-size puppetry, telling new stories featuring Winnie the Pooh and other beloved characters. Accompanying the magical, modern narrative is an original score from Nate Edmondson.

Tickets are now on sale to this family-friendly musical — get yours at winniethepoohshow.com. 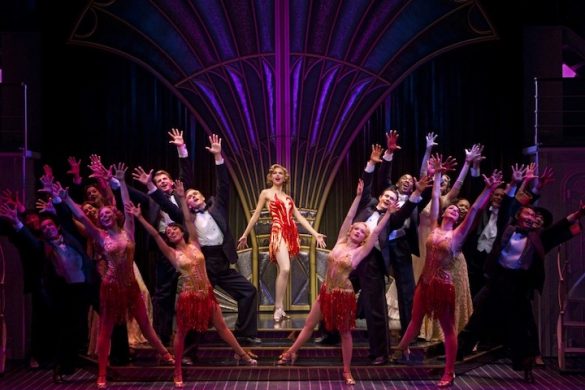