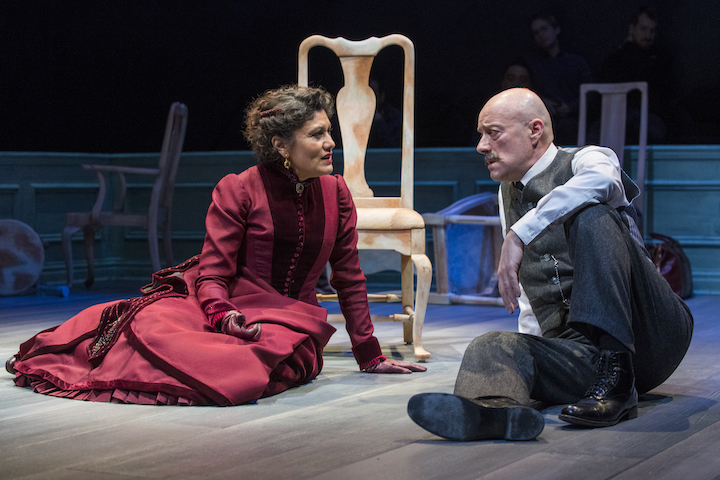 Henrik Ibsen’s 1879 play, A Doll’s House, was a prescient work ahead of its time. Nora’s abandonment of her husband Torvald and their family at the conclusion of Ibsen’s infamous script left a number of open questions that linger into 2019. Into this void steps playwright Lucas Hnath and the renowned Steppenwolf Theatre with the Chicago premiere of A Doll’s House, Part 2. (The 2017 Broadway production received raves by critics. Its leading lady and Steppenwolf member, Laurie Metcalf, won a Tony Award for her performance.)

So whatever became of the Helmer children? Did Torval learn anything from Nora’s departure or did he simply remarry and move on with his life? And most urgently, what did Nora do to sustain herself after she fled? Was she happy, fulfilled, or did she come to regret her choices? Ibsen’s vibrant, bold work is heavy on intrigue, light on closure.

A Doll’s House, Part 2 presents a vision of the Hellmer family’s fourth act that dares to imagine Nora as a Jackie Collins or Danielle Steele for the 19th century, successful, wealthy and most of all, unrepentant. She may be writing under a pseudonym but Nora is definitely not hiding. She is signing contracts, taking lovers and purchasing property like the empowered, now-single woman she believes herself to be.

Upon its debut and thereafter, A Doll’s House created a storm of controversy across global society — polite and otherwise — for its relatively unfiltered exploration of marital dynamics and female agency. The character of Nora Helmer has rung through modern theatrical history as a pre-suffrage symbol of feminist empowerment.

At the same time, she and her creator elicited condemnation for perceived reinforcement of the familiar and stigmatizing trope of deceit as core to femininity. Nearly 140 years after its premiere, the play retains an ability to agitate and create conversation across the sociopolitical spectrum. In 2006, the 100-year anniversary of Ibsen’s death, A Doll’s House was the world’s most performed play and remains a staple of the literary canon.

With A Doll’s House, Part 2, the playwright and Director Robin Witt continue to deprive Nora’s critics of what they have historically craved: confirmation of her comeuppance and her existential punishment for breaking the codified female code of family before self. They also raise a provocative new question. What if Nora’s deserted clan muddles through just fine without her?

Actress and Steppenwolf ensemble member Sandra Marquez, who recently directed the theater company’s late-2018 triumph, La Ruta, takes on the significantly complicated role of Nora. Fifteen years after leaving her family, Nora is back at the old homestead with an awkward favor to ask of her estranged husband, played with confounded, flummoxed brilliance by fellow ensemble member Yasen Peyankov. The chemistry between the two experienced performers creates a full range and depth of emotion that would naturally exist between the characters. There are anger and resentment, but also wistfulness and vestiges of passion that surprise them both. 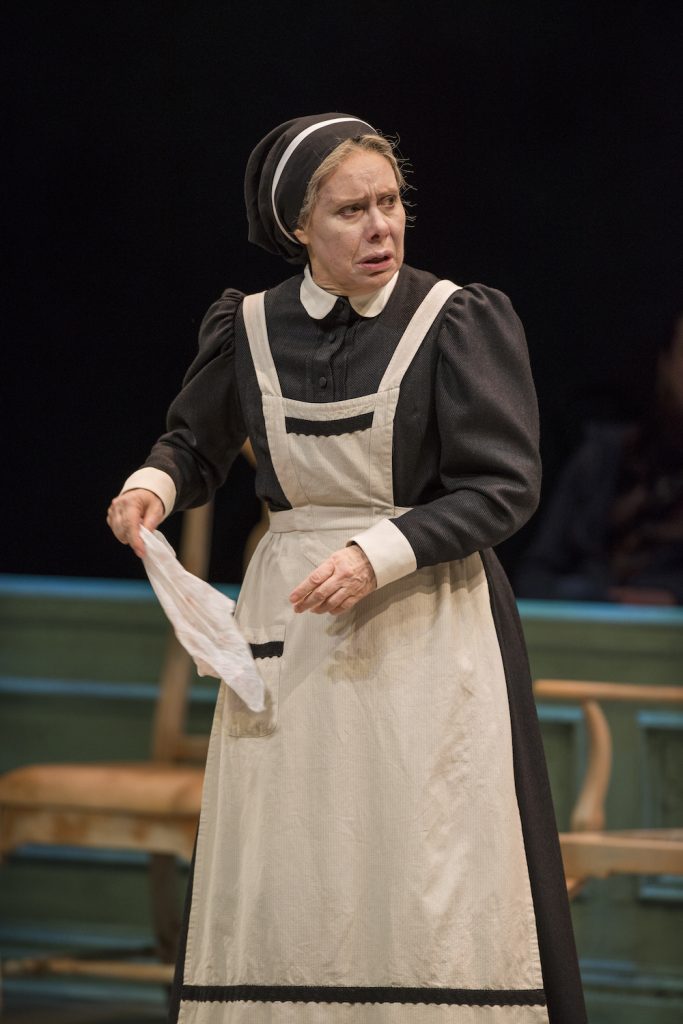 Nora and Torvald are treated with equal respect from playwright and director, neither sainted nor vilified. Both characters are given a shot at redemption and forgiveness for the choices that forced them to part as well as reunite after the children are grown and the wounds have had time to scab. Ms. Marquez and Mr. Peyankov do the heavy emotional lifting, supported by fine work from Barbara E. Robertson as the Hellmer’s long-suffering housekeeper Anne Marie, as well as a dependably wonderful performance from one of Steppenwolf’s newest ensemble members, Celeste M. Cooper. As the Hellmer’s now-grown daughter Emmy, the character serves as both affirmation and rebuke to her mother with a confident traditionalist approach to love and marriage.

The characters may be in period dress, but the dialogue is all modernity – funny, R-rated and deeply touching. There are no winners or losers in A Doll’s House, Part 2. Just imperfect people trying to live with the decisions of the past and the realities of the present. Nora’s character does not get what she came for in the play’s opening sequence, and Torvald is left wanting as well. The sequel’s biggest wisdom is in the continued lack of resolution that characterized the 1879 original.