Top Posts
‘Company’ to Hit the Road on North American...
Meet the Full Cast of ‘Shucked,’ Coming to...
Full Cast for ‘Parade’ Announced
Stephen McKinley Henderson Gives the Performance of His...
The McKittrick Hotel Announces the Return of ‘The...
Broadway Stars Honored with Academy Award Nominations
Taylor Trensch, Danny Wolohan, and More Join the...
A Gay Road Trip Comes to The Brick...
Maude Apatow of ‘Euphoria’ is the Next Audrey...
Tony Award Winners to Star in ‘Hercules’ at...
Home Buzz Don’t Miss: Seth Rudetsky Book Release Event at Don’t Tell Mama
BuzzShow Folk Dress Circle Publishing will celebrate SETH’S BROADWAY DIARY, VOLUME 2: The Inside Scoop on (almost) Every Broadway Show & Star, the second in a series by Sirius XM radio host Seth Rudetsky with a special event on Wednesday, October 28 at 5:30 p.m. at Don’t Tell Mama (343 West 46th Street). In addition to Seth, the event will feature Stephanie J. Block, Andrea Burns, Ana Gasteyer, Mandy Gonzales and Jackie Hoffman, who will perform excerpts and some of Seth’s favorite songs. Tickets are $40, which include a copy of the book, and can be purchased at www.dresscirclepublishing.com.

The book is a compilation of Seth’s hilarious Broadway-centric “Onstage and Backstage” columns for Playbill.com chronicling his unique life on and around the Great White Way. Featuring blow-by-blow accounts of amazing experiences like doing Kathy Griffin’s reality show opposite Kristin Chenoweth and Cloris Leachman (what?), going to Disneyland with Audra McDonald(so fun!) and helping Sutton Foster star in two two completely different Broadway shows  (on the same night)! This volume features non-stop behind-the-scenes stories straight from the mouths of stars like Lea Salonga, Megan Hilty, Gavin Creel, Idina Menzel, Lin-Manuel Miranda and more.

“Seth’s hysterically funny diary lets the reader be a fly on the wall for offstage encounters with the biggest names on Broadway,” says publisher Brisa Trinchero. “It’s riveting to know what these theater luminaries are like in real life and to hear the shocking, sweet, and often unexpected things going on behind the scenes at your favorite Broadway shows.”

According to Tony Award winner Lin-Manuel Miranda, “If Seth Rudetsky didn’t exist, we’d have to invent him. He is the friend who points out everything glorious and silly about your favorite shows. He leaves you laughing helplessly and in awe of his gifts and time management skills. Read this book and see how much Seth gets done in a day. It will make you reach for more.”

Seth Rudetsky is a 21st century renaissance man—renowned radio host, actor, comedian, librettist, music director, pianist, conductor, producer and author. Nationally known as the host of “Seth Speaks” and “Seth’s Big Fat Broadway” on Sirius XM radio Seth has worked as the music director, pianist or conductor for some of Broadway’s biggest stars: Patti LuPone, Betty Buckley, Andrea Martin, Brian Stokes Mitchell, Megan Mullally, Kristin Chenoweth, Neil Patrick Harris, Matthew Broderick and Christine Ebersole, Hilty to name a few. In addition he’s spent years as a pianist on Broadway playing such shows as Les Miserables, The Producers, Phantom of The Opera, Grease and Ragtime.  All of this experience on the Great White Way has led him to publish several books on the topic including The Q Guide to Broadway and Broadway Nights. 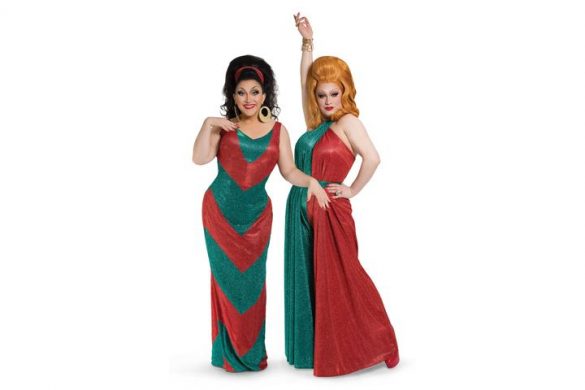