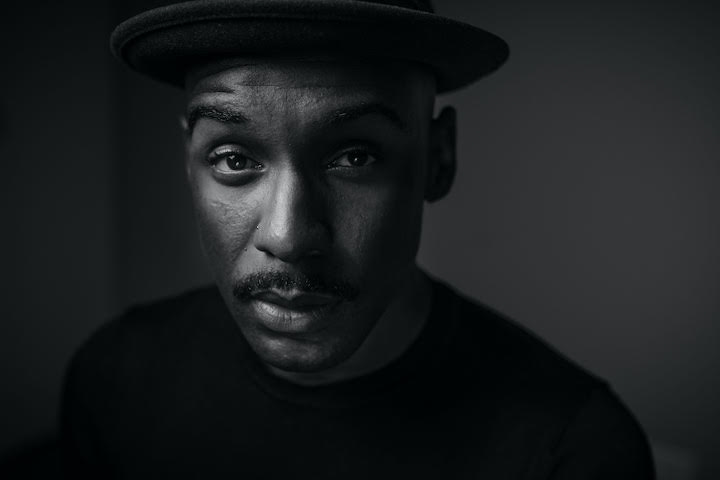 Chicago theaters are facing a reckoning, and not solely due to the pandemic that has shuttered the city’s creative economy. Actors, audiences and activists have demanded leadership changes, and while some actions have been taken, only time will tell if the shake-ups will dismantle disparities that have been lurking in the wings.

One theater to fall under such scrutiny is PrideArts (originally named Pride Film and Plays). In early July, the company’s board of directors announced founder and executive director David Zak’s resignation amid allegations of unsafe work conditions and cultural, gender and ethnic insensitivities. Much of the fallout came from an initial Facebook post by director/choreographer Jon Martinez and the more than 200 comments thereafter corroborating similar experiences.

Martinez later wrote, “I never called for a resignation or a closing of a theatre. I don’t subscribe to cancel culture. But a number of months ago, when theatre disappeared, I was forced to really think about the work we put out into the world. I hold theatre in the highest regard because to have the ability to make an audience feel an authentic feeling with a song or step, is a gift to be respected.”

The tide swiftly turned. Zak resigned, stating that, “while I am immensely proud of the creative projects done by our many teams, there is much more work that could and should have been done for us to be truly inclusive and sensitive. As the leader of this team, I let too many people down and cannot find words to express how sorry I am.” 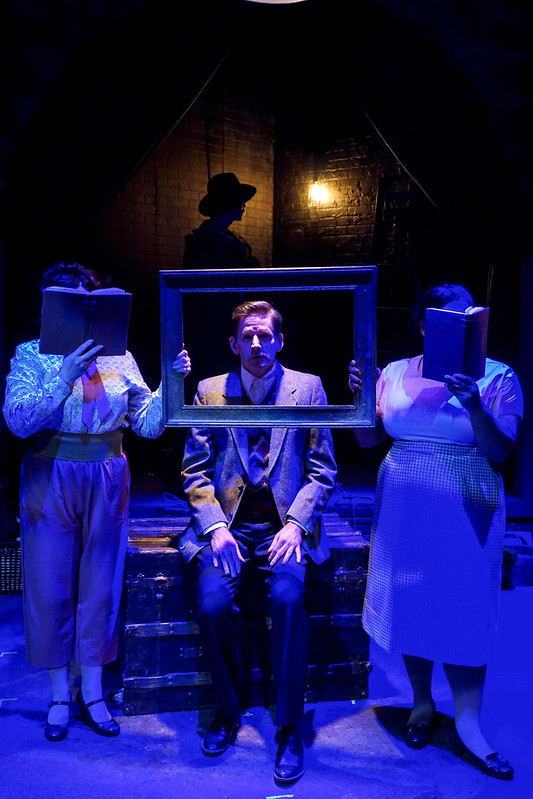 Ryan Lanning in ‘A Man of No Importance.’ (Photo: Heather Mall)

The Board of Directors convened and quickly named Donterrio Johnson as the new artistic director. Johnson, in the spirit of Chicago’s theater scene, has worked as both an actor and as a director over the past seven years, previously helming Pride Film and Plays’ A Man of No Importance and America’s Best Outcast Toy.

Johnson released a sweeping statement on July 16, announcing the theater’s renaming as PrideArts and outlining a three-part initiative to “rebrand, restructure and reignite the creative spark of this company.”

The top-line messaging hit all of the expected touchpoints for a theater in damage-control. Johnson’s calls-to-action include a broader show selection, facility renovation, internal restructuring, and an aim to “provide theatre that is invigorating and thought-provoking.”

Johnson, who defines himself as an “artist” rather than the limited descriptor of “actor” or “director,” shared with the Broadway Blog in a recent phone interview that he envisioned eventually stepping into such a leadership position, but “assumed it would be 20 years from now.”

“I haven’t had my finger on the pulse in terms of what’s happened. But from what I gathered, at one point, it was a place that did great queer theater,” said Johnson. “When the information hit social media, I was watching everything go down in real-time with everyone else.”

And then the phone rang. 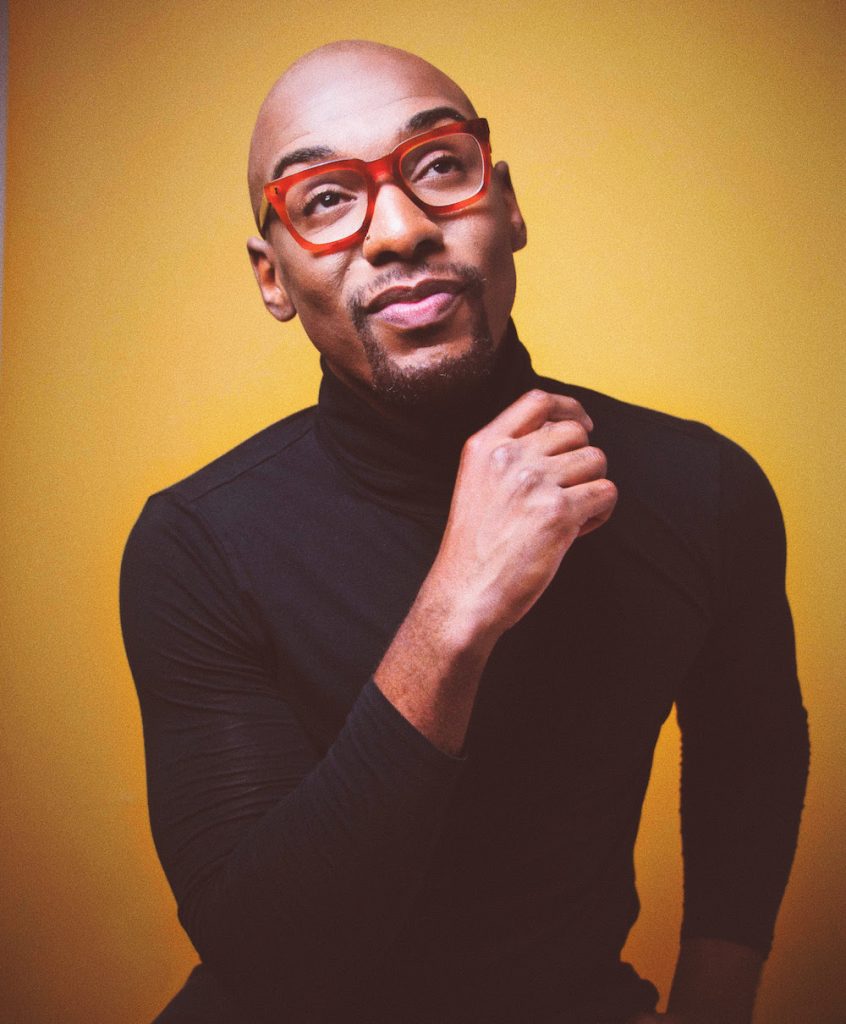 “I got a call from the Board,” Johnson shared, saying that his name had surfaced on a shortlist and he was under consideration for a leadership position. Two days later, he met with the Board via Zoom and was offered the job. “Everyone on the board and still attached to the company has given me the reigns to recreate. It’s exciting, but also terrifying for them, a young black guy coming in.”

Johnson has his hands full. Theaters are closed for the foreseeable future, but when PrideArts reopens, the spotlight will be shining bright. Like many storefront theaters, Pride Arts operates in a converted space that was never initially intended as a performance space. Johnson acknowledges the needed improvements that have long plagued many start-up theaters: proper lighting, dressing room mirror, doors with locks.

PrideArts is, by far, not the only Off-Loop theater that’s struggled with questionable working conditions. In 2016, the coalition #NotInOurHouse created the Chicago Theatre Standards as a template to establish best practices. Sample agreements are available on the website, but how many non-union and theater companies have committed? And how many young artists feel empowered enough to demand such an agreement?

In addition to the operational necessities, Johnson’s vision includes a more expansive and current exploration of the LGBTQ experience.

“I’m starting to create a queer theater company that is modern and right now,” said Johnson. “We’re the only [theater] company in Chicago being led by a young black man. I’m excited to do shows that not only tell the plight of being gay but also the joy. I want to bring a different oeuvre of queerness to the stage. Before, a lot of people had issues with the fact that there was often one type of story they were telling: young, white gay men. I’m excited to tell trans stories, lesbian stories — the entire flag. And also taking the classic shows that we know and love and seeing how we can put a queer lens on them.”

“What I’ve found as a gay actor, when I come into an audition room, a lot of the times I’m counted out because I’m young, I’m gay, I’m black,” said Johnson. “I’m not necessarily who they would choose to do Waiting for Godot. Now I’m in a position where I can make those choices. Well, why not? Why can’t we give our queer artists the chance to do the things they’ve been denied?”

“Once we get back to life, the idea is to do a lot of community outreach,” said Johnson. “We’re looking to create a playwrighting intensive, where we gather queer writers together and cultivate their skills with the hopes of fully producing those shows. We’re also looking into providing free acting classes for our trans actors to give them a chance to come into their own, to have space where they can learn and create, and take those skills out into the world.”

PrideArts, under difficult circumstances, may be on the cusp of cultivating a new generation of Chicago theater-makers. But Johnson can’t do it alone. In a city with a long history of racial divide that isn’t immune to the LGBTQ community, he’ll need an arsenal of supporters to turn his vision into a reality. 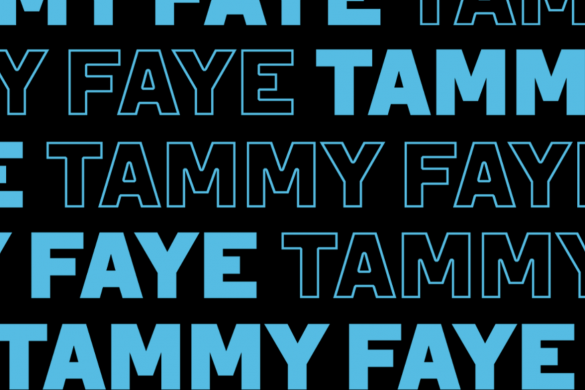