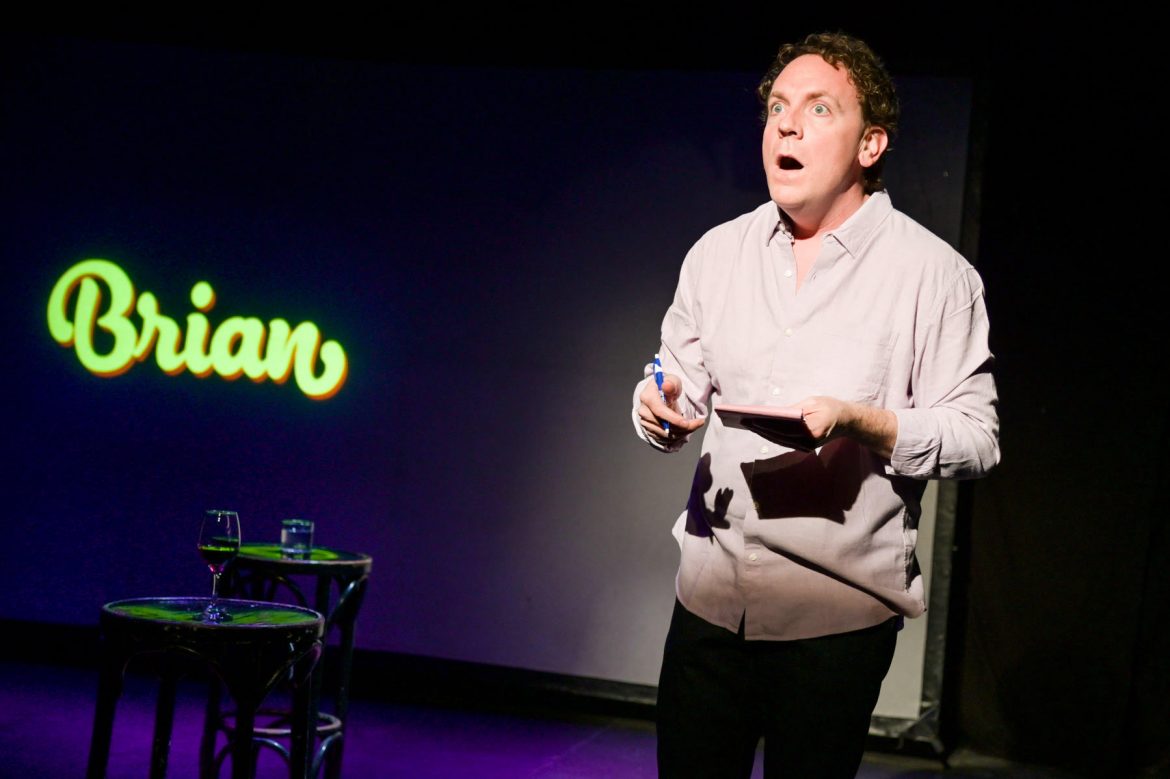 Happy Birthday Doug was enjoying an acclaimed, successful run at SoHo Playhouse back in March 2020 when New York City shut down. Drew Droege’s hilarious solo show sees the performer/playwright inhabiting nine very different gay men at a chaotic birthday party in LA. The show is a follow-up to Bright Colors And Bold Patterns, which was hailed as “scorchingly funny” by The New York Times and enjoyed a five-month run at the Playhouse in 2018.

Now, Droege returns to New York to officially close out his run of Happy Birthday Doug, just in time for Pride Weekend. Ahead of the first performance June 23, he spoke with The Broadway Blog about both satirizing and celebrating gay culture in his work. 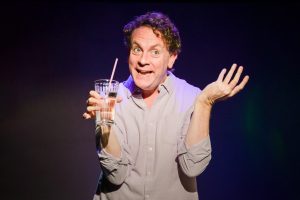 What is Happy Birthday Doug about?

Happy Birthday Doug is about nine gay men at a birthday party where things go a little awry. It’s Doug’s 41st birthday, he’s just written a book, and he’s gathered everybody in LA to a wine bar. It is his conversations with eight of his friends, foes, and everything in between.

You first workshopped the show during Pride back in 2019, is that right?

Yes, in fact it’s the three year anniversary of the very first time I did the show, which was in June 2019 at the Dynasty Typewriter in LA. Then a few weeks later I brought it to Soho Playhouse in New York. And that’s exactly what I’m doing again now, three years later. I’m excited to be back, and so grateful that we can be back.

What made you want to bring the show back for this final run on Pride Weekend?

As much as the show is about making fun of horrible gay people, it is also about getting older and holding onto the people who matter to you. It’s about friendship, it’s about gay friends. And that’s something we can sometimes put to the side in our Pride conversations.

This is so gross but – to quote myself, in my last play I have a line: “We celebrate things and make fun of them at the same time. That’s called gay.” We laugh at, and love, at the same time. So that’s always my goal.

Let’s finish up with a few rapid-fire questions. If you weren’t a performer, what do you think you might be?

I would probably be teaching English somewhere…hopefully college-level.

You’re based in LA — when you visit New York, is there a particular spot you have to hit up while you’re here?

The Laurie Metcalf play. ‘Cause there’s always one.

Ten years from now, where would you like to be in life?

Oh, gosh. I would love to be more relaxed, and more grounded. Just on a beach, breathing.

Though of course, that doesn’t make for a good solo show, you relaxed and grounded.