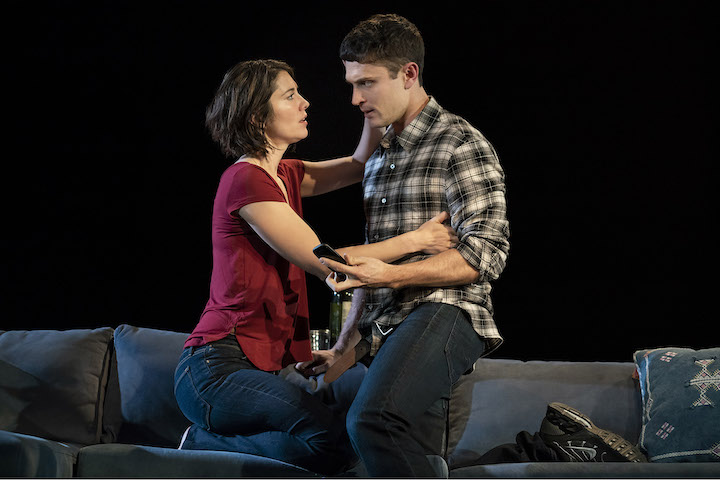 We’re still at war. Although it doesn’t dominate daily headlines, the fact remains that we have lost over 2,000 U.S. soldiers in a battle with Afghanistan. The death toll is even higher on the other side, where 62,000 Afghan soldiers and police officers have lost their lives, along with 24,000 civilians. Still, the casualties climb, as our everyday routines remain generally unchanged.

Dying City, Christopher Shinn’s Pulitzer Prize-nominated play, quietly reminds us that war never ends — not for those on the battlefield, the families left waiting, widowed, or parentless, nor for innocent bystanders who live with constant war-torn strife. His title, it seems, is derived from Baghdad as well as New York, each profoundly impacted in the aftermath of 9/11.

Kelly (Mary Elizabeth Winstead) knows this first-hand. In 2004, her husband, Craig (Colin Woodell) was killed in the line of duty. As the therapist packs up her New York apartment one year later, she receives a surprise visit from Craig’s twin brother, Peter (also played by Woodell). He’s a stereotypical actor — over-sensitive, egotistical and emotionally draining — not exactly the finest company for a woman who has just lost her husband. Although he’s had his fair share of success, Craig is miffed. So much, in fact, that the gay actor just stormed out of his appearance in Eugene O’Neill’s Long Day’s Journey Into Night. Apparently, one of his fellow performers uttered a homophobic epithet, which triggered the swift exit. 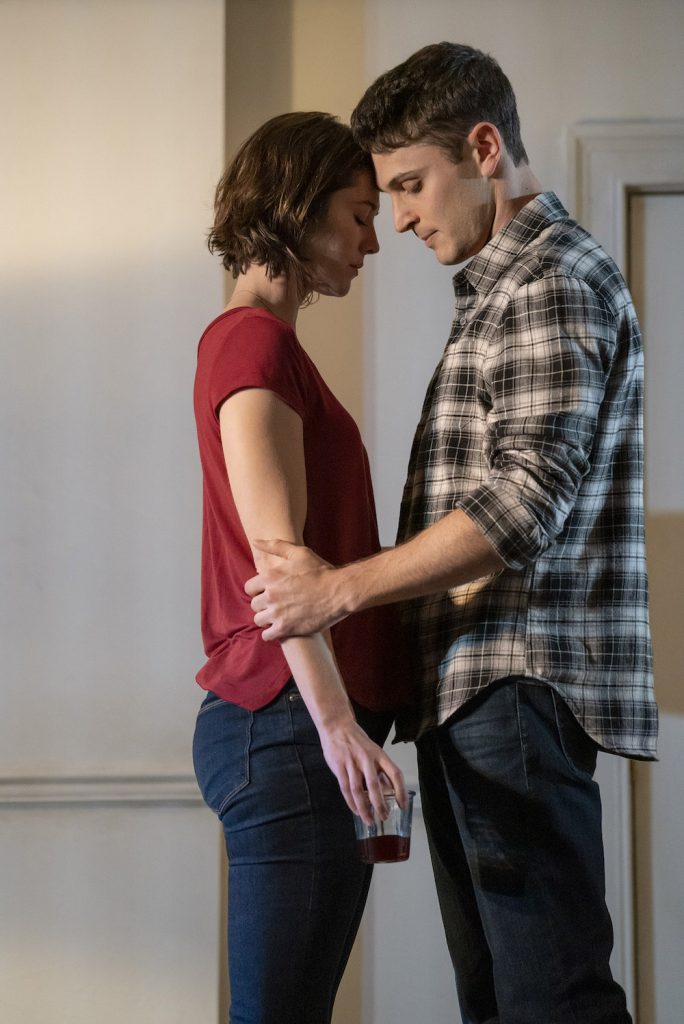 There’s quite a bit of anger to process in Second Stage’s Off-Broadway revival. Not only from Peter and Craig, but also from Kelly, who has come to the realization that her marriage was far less than perfect. Letters, stories and emails from Peter only confirm the imperfections. These difficult truths are overwhelming for Kelly who earns a living helping individuals cope with their own problems.

We also learn the source of Peter and Craig’s impatient temperaments: their father, a Vietnam veteran, was physically and verbally abusive. Undeniably, they have absorbed the character flaws.

Shinn’s drama occurs between 2004 and 2005 with much of the story is told in flashbacks. Tyler Micoleau’s inventive lighting helps draw distinctions within the time frame and allows Woodell a chance to toggle between both characters.

Bray Poor’s crisp sound design adds potency to this psychological tale — a much-needed factor, for Dying City frequently lacks velocity. Often, the dramatic pauses are so long that one wonders if Winstead and Woodell are grappling for lines. This doesn’t infer that constant sprightly exchange of dialogue is required, for the reflective nature of this piece demands some quiet moments. But there is a fine line between quiet and static, and we’re often left with the latter.

Still, Shinn’s two-hander gently forces us to inspect our own internal traumas and past transgressions. Left unchecked, they will continue to haunt us and poison our relationships.

Originally staged at Lincoln Center in 2007, this marks the play’s first major New York revival. Shinn stepped in to direct his own work after Lila Neugebauer (The Mad Ones’ Mrs. Murray’s Menagerie) exited the project. It’s difficult to speculate whether it would have benefited from an objective perspective, or whether it is simply the script that needs some fine-tuning.

There is merit to Dying City. At the very least, it conjures gratitude for the continued sacrifices made in order for us to enjoy our freedoms. One just wishes for more momentum.