One of Broadway’s bawdiest broads, Elaine Stritch, passed away today at the age of 89. Her early career included the 1952 revival of Pal Joey and Bus Stop in 1955, for which she was nominated for a Tony Award. The next 60 years were packed with stage, film and television appearances. Younger audiences may remember her biting guest spots as Alec Baldwin’s mother on 30 Rock.

Other legendary performances include the role of Joanne in Stephen Sondheim and George Furth’s Company (1970), Elaine Stritch At Liberty (2001) and a revival of A Little Night Music (2010). Never shy, here are some of our favorite quotes from Stritch over the years… we’ll remember her fondly!

On the difference between people in New York and Detroit (Vanity Fair, 2013)
“The people in New York, their humor is on a level that goes, uh, very deep, you know? Very deep, and there’s not as many people in on the joke like they are in New York. You know what I’m talking about? That’s what I love about New York—the humor of New York is brilliant. Brilliant.”

On roles that she’d like to take on (Movieweb.com, 2010)
“Well for the past eight, nine years I’ve been playing myself. And I’m rather happy about it. I think I’m a good acting partner for me, you know? And I don’t have anybody else but me. I seem to do very well. There’s no room for any difference of opinions – nothing. I just do anything in the world I like up there. Of course I think I’ve been doing that all my life anyway.

Great one-liners from her interview at the 92 Street Y: 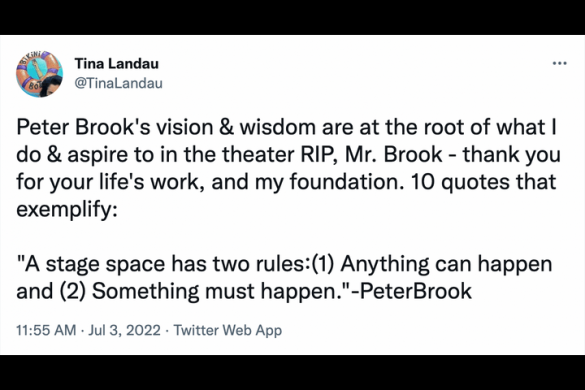 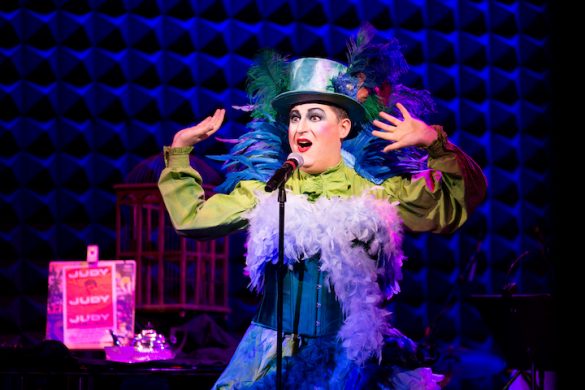