Top Posts
‘Company’ to Hit the Road on North American...
Meet the Full Cast of ‘Shucked,’ Coming to...
Full Cast for ‘Parade’ Announced
Stephen McKinley Henderson Gives the Performance of His...
The McKittrick Hotel Announces the Return of ‘The...
Broadway Stars Honored with Academy Award Nominations
Taylor Trensch, Danny Wolohan, and More Join the...
A Gay Road Trip Comes to The Brick...
Maude Apatow of ‘Euphoria’ is the Next Audrey...
Tony Award Winners to Star in ‘Hercules’ at...
Home Buzz Don’t Miss: ‘Elegies for Angels, Punks and Raging Queens’
Buzz 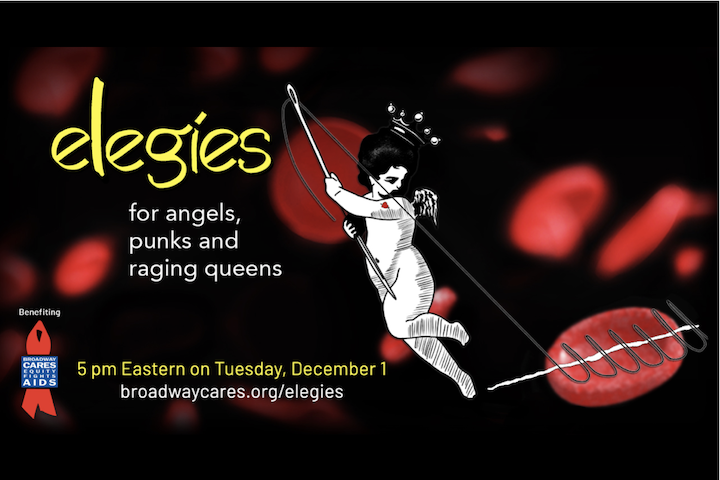 An online revival of the celebrated series of songs and monologues Elegies for Angels, Punks and Raging Queens, starring a bevy of Broadway, television and film favorites, is set to stream on World AIDS Day – Tuesday, December 1, 2020. The virtual production, featuring 50 performers, will benefit Broadway Cares/Equity Fights AIDS.

Elegies for Angels, Punks and Raging Queens is a celebration of the lives lost to AIDS told in free-verse monologues with a blues, jazz and rock score.

Created in the face of one pandemic and revived in another, Elegies for Angels, Punks and Raging Queens features a book and lyrics by Bill Russell and music by Janet Hood. It premiered in 1989 as the AIDS crisis ravaged the country. Each monologue is written from the perspective of a character who died from AIDS. The songs represent the feelings of friends and family members dealing with the loss. It’s a show where “joy and hope and love seeps from its every pore,” as one reviewed noted. This stirring piece of theater history, shared this year on World AIDS Day, takes on new meaning amid the coronavirus pandemic.

The streaming of Elegies for Angels, Punks and Raging Queens is being directed by Bill Russell and Justin Ross Cohen and produced by Jim Kierstead and Broadway Virtual, Jim Head, Sainty & Eric Nelsen, Rusty & Molly Reid, The Worx Productions LTD, Linda Karn and Ann Moore / Jane Furse, in association with The Abingdon Theatre Company. Musical direction is by Janet Hood and casting is by Stephen DeAngelis.

The stream is free and donations will be accepted for Broadway Cares/Equity Fights AIDS at broadwaycares.org/elegies2020. Every dollar donated will help those across the country affected by HIV/AIDS, COVID-19 and other critical illnesses receive healthy meals, lifesaving medication, emergency financial assistance, housing, counseling and more. The donations also support and champion organizations focused on social justice and anti-racism.

Watch the free stream at broadwaycares.org/elegies beginning at 5 p.m. ET on World AIDS Day, December 1. The show will be available through Saturday, December 5.

Broadway Cares/Equity Fights AIDS is one of the nation’s leading industry-based, nonprofit AIDS fundraising and grant-making organizations. By drawing upon the talents, resources, and generosity of the American theatre community, since 1988 Broadway Cares/Equity Fights AIDS has raised more than $300 million for essential services for people affected by HIV/ AIDS, COVID-19 and other critical illnesses across the United States. 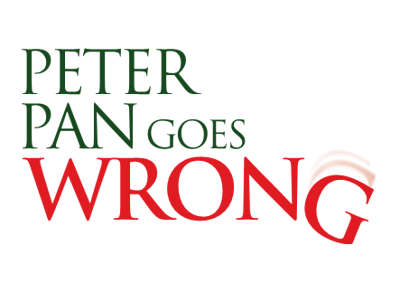