Top Posts
‘Company’ to Hit the Road on North American...
Meet the Full Cast of ‘Shucked,’ Coming to...
Full Cast for ‘Parade’ Announced
Stephen McKinley Henderson Gives the Performance of His...
The McKittrick Hotel Announces the Return of ‘The...
Broadway Stars Honored with Academy Award Nominations
Taylor Trensch, Danny Wolohan, and More Join the...
A Gay Road Trip Comes to The Brick...
Maude Apatow of ‘Euphoria’ is the Next Audrey...
Tony Award Winners to Star in ‘Hercules’ at...
Home Buzz Eleri Ward Releases Acoustic Sondheim Album on CD
BuzzShow Folk 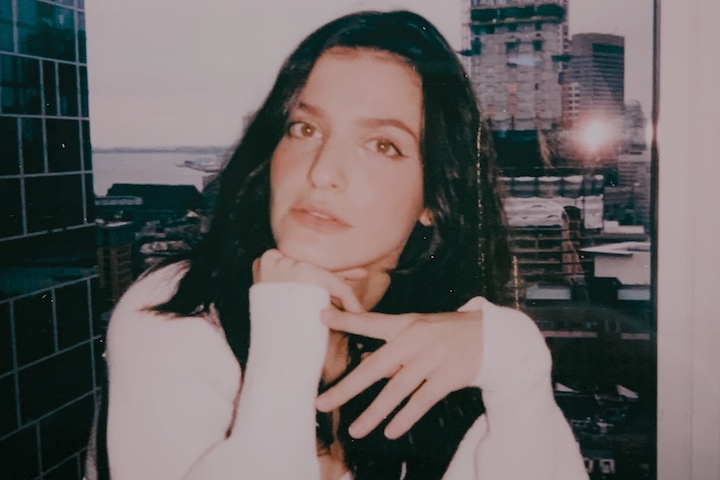 Ghostlight Records has announced the release of the new album A Perfect Little Death by New York singer/songwriter Eleri Ward on CD online and in stores.

A Perfect Little Death, released in streaming and digital formats earlier this year, is an expansive folk reinvention of the one-of-a-kind Stephen Sondheim canon, rendered with ethereal, melancholic guitar arrangements. After gaining a viral TikTok following, Eleri’s project was released to great acclaim and impressive streaming numbers and will be followed by national tour dates over the next year.

A Perfect Little Death – called “an incandescent new record” that is “something genuinely new” from American Theater Magazine – features 13 songs varying from “The Ballad of Sweeney Todd” to “Loving You” to “Take Me to the World,” leading listeners through an acoustical Sondheim journey the evokes golden hour. Blossoming from a spontaneous Instagram cover of “Every Day a Little Death” in 2019, Ward has now crafted this project to be her niche at the crossroads of musical theater and indie folk music, embodied by swirling harmonies and her original point of view.

Ward recorded all of the songs in the closet of her apartment during the lockdown, following many requests for an album release after posting a video of “Johanna (Reprise)” on TikTok. With over 42k views, she was immediately inspired to expand and share this project further, and the album was complete within a month. Each arrangement is singular, thoughtful, and weaves in and out of darkness and light.

Kurt Deutsch, the label’s founder, says: “Eleri Ward’s A Perfect Little Death is simple, haunting, and beautiful. I was deeply moved by the sheer creativity of this project and how she blends Sondheim with a singer/songwriter aesthetic in a totally modern way. The album is one of the discoveries of the year and Ghostlight Records is thrilled to release such a distinctive recording.”