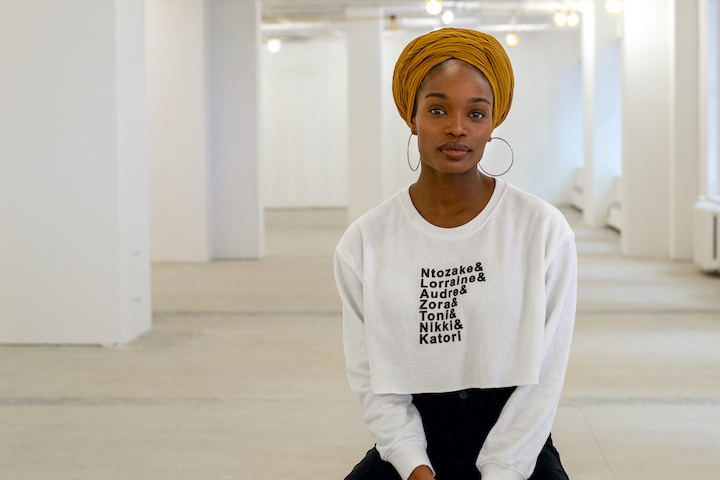 The 2021 Susan Smith Blackburn Prize has been awarded to U.S. playwright Erika Dickerson-Despenza for her play about the Flint, Michigan water crisis, cullad wattah.

Awarded annually since 1977, The Susan Smith Blackburn Prize is the largest and oldest international prize honoring Women+ playwrights. On April 7, a livestream of the award ceremony honored Dickerson-Despenza and the other nine finalists. Award-winning star of stage and screen, and one of this year’s Blackburn Prize Judges, Paapa Essiedu, announced the winning play, which comes with an award of $25,000 and a signed and numbered print by artist Willem de Kooning.

“What a play. Oh my God, what a play! When I say that this play hit me like a train. Like a ton of bricks. I don’t think I slept for about three weeks after reading this play. It did something very significant to me. … Through its passionate exploration of the black female experience in America right now I feel like this play is going to be a classic of today and of years to come,” said Paapa Essiedu on presenting the Prize on April 7.

The Judges of the 2021 Susan Smith Blackburn Prize also awarded two Special Commendations to finalists, a rare move that speaks to the strength of this year’s field of writers. Kimber Lee’s The Water Palace and Ife Olujobi’s Jordans each was awarded the $10,000 Special Commendation.

Pulitzer Prize and Tony Award-Winning playwright, Marsha Norman, hosted the Prize Ceremony.  Ms. Norman won the Susan Smith Blackburn Prize in 1983 for her play ‘night Mother and is a board member emeritus for the Prize. Jenny Jules, star of Broadway’s Harry Potter and the Cursed Child, former Blackburn Prize Judge and current Board Member, introduced the Judges, who spoke of the importance of each Finalist’s play.

The Susan Smith Blackburn Prize, co-founded by Susan’s sister, Emilie Kilgore, and Susan’s husband, William Blackburn, honors an outstanding new English-language play by a woman each year. It is the first major playwriting prize for women. Since the Prize’s founding in 1978, over 470 plays have been honored as Finalists. Many have received other top honors, including Olivier, Lilly, Evening Standard and Tony Awards for Best Play. Ten Susan Smith Blackburn Finalist plays have subsequently won the Pulitzer Prize in Drama. The Prize has also fostered an interchange of plays between the United States, the United Kingdom, Ireland, Australia, New Zealand and other English-speaking countries.