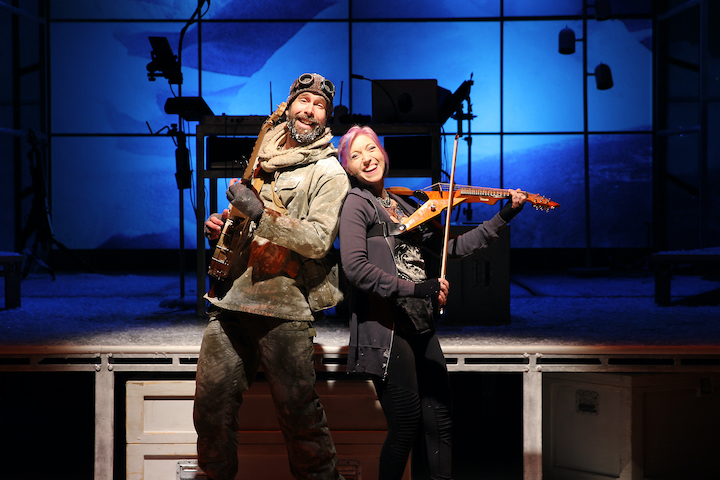 What happens when a single mom who works as a video game composer meets a 19th-century polar explorer? If it happens in the theater, magic.

Ernest Shackleton Loves Me name-checks a legendary explorer who defied all odds to save his crew during a potentially deadly journey to Antarctica from 1914 to 1917 while inventively weaving in the story of a 41-year-old single mom who makes musical installations when her baby son is asleep. What’s a stressed-out, sleep-deprived mother to do but create a video dating post that travels across space and time to catch the eye of Shackleton himself?

A love letter to time travel and unquenchable optimism, the 2017 Off-Broadway musical, now available for streaming on BroadwayHD, uses electronic music and quirky humor to remind its two protagonists — and the audience — to keep going even when life is at its roughest. 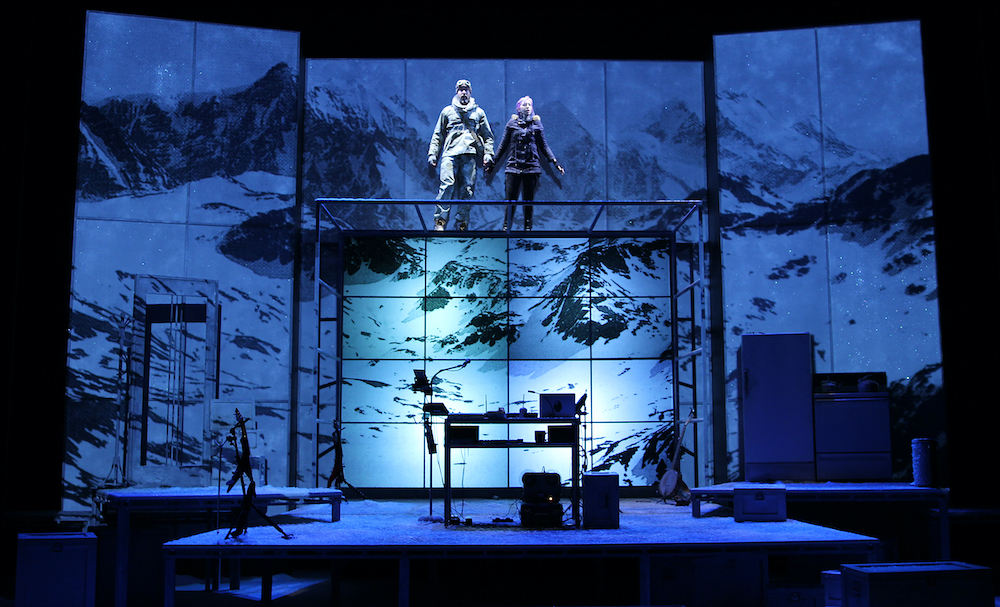 Playwright Joe DiPietro (Memphis; I Love You, You’re Perfect, Now Change) pens a book that provides plenty of gentle laughter while treating both lonely Brooklynite Kat (Val Vigoda) and the boisterous, bearded Shackleton (Wade McCullom) with respect. By the end of the play, Kat has been up for 36 hours, so helping Shackleton trek through frozen tundra and scale impossible mountains seems like just another day in her home studio.

Vigoda, an electric violinist who’s toured with Cyndi Lauper and the Trans-Siberian Orchestra, also wrote the show’s lyrics (Brendan Milburn serves as Ernest’s composer). Everything about Vigoda’s harried single artist mom is believable, from her many colorful tattoos to her home, scattered with instruments and infant toys, to her confusion at Ernest’s presence that becomes determination to help him complete his mission. McCullom dives into Ernest with forceful and relentless goodwill, creating believable chemistry with Vigoda that carries through the show’s 100-minute runtime.

The real star of Ernest Shackleton Loves Me, however, is one we never see. Production designer Alexander V. Nichols uses real-life footage of Shackleton’s voyage as part of a series of elaborate projections — black and white images of heavily bundled-up explorers with hope in their eyes is utterly compelling.

Ernest Shackleton Loves Me is beautifully strange, demanding much from its two actors to create a lively moment in time — or more precisely, two time periods. The musical reminds us of the importance of human connection in our darkest hours, especially when we can’t quite explain how we got here in the first place.

Ernest Shackleton Loves Me
Like this? Consider Indecent, inspired by the actual events surrounding the controversial 1923 Broadway debut of Sholem Asch’s God of Vengeance.