Top Posts
‘Company’ to Hit the Road on North American...
Meet the Full Cast of ‘Shucked,’ Coming to...
Full Cast for ‘Parade’ Announced
Stephen McKinley Henderson Gives the Performance of His...
The McKittrick Hotel Announces the Return of ‘The...
Broadway Stars Honored with Academy Award Nominations
Taylor Trensch, Danny Wolohan, and More Join the...
A Gay Road Trip Comes to The Brick...
Maude Apatow of ‘Euphoria’ is the Next Audrey...
Tony Award Winners to Star in ‘Hercules’ at...
Home Hot Ticket Feinstein’s/54 Below Announces New Streaming Series
Hot Ticket 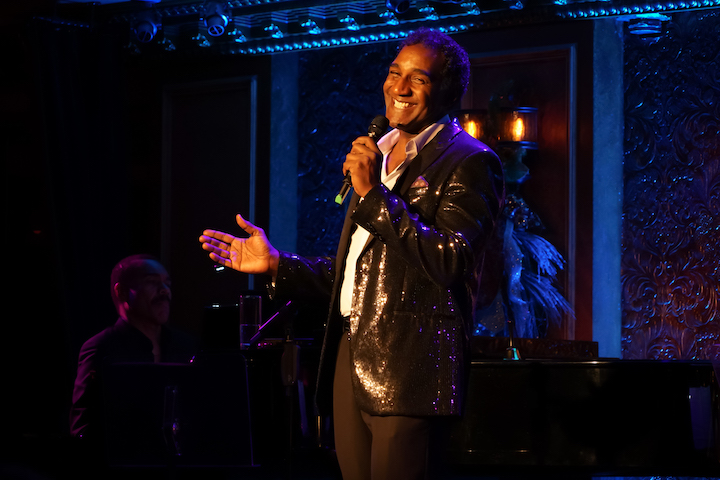 Feinstein’s/54 Below is the latest venue to announce a new streaming series. The curated concerts, titled 54 Below Premieres, will feature cinematic, four-camera HD shoots to bring the glamour and intimacy of “Broadway’s Living Room” directly to in-home screens. Each show will be designed and directed especially for streaming by an award-winning production team, with audio and video that reflect the high standards of presentation that have made evenings at Feinstein’s/54 Below New York’s most unique cabaret experiences.

These virtual performances, which will provide theater fans worldwide with artistic content from their favorite Broadway stars, will be performed and recorded on Feinstein’s/54 Below’s iconic stage, with no public audience and following strict COVID guidelines to maintain a safe environment for all the artists and staff.

Each premiere date will include a live chat for fans to interact with each other before and during the show. Following the initial premiere date, concerts will be made available on demand for two weeks and be accessible to fans across the world. To purchase tickets or for further information, visit 54Below.com/Premieres. 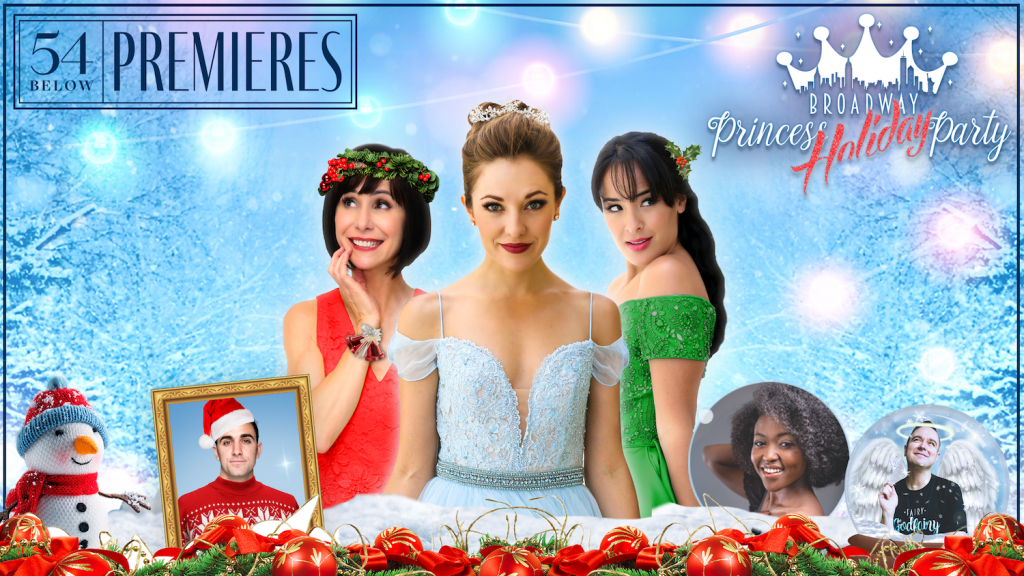 Brush off your tiara and unleash your inner princess with Broadway’s original Cinderella, Belle, and Jasmine as they celebrate the season in this hit concert, live from the concert’s original home, Feinstein’s/54 Below! Two-time Tony-nominee Laura Osnes (Rodgers and Hammerstein’s Cinderella), Tony-nominee Susan Egan (Disney’s Beauty and the Beast and voice of ‘Meg’ in Hercules), and Grammy-nominee Courtney Reed (Disney’s Aladdin) host the festivities alongside their Fairy Godfairy and musical director extraordinaire, Benjamin Rauhala (Broadway’s Fiddler on the Roof) and resident prince Adam J. Levy (Waitress) and special guest Aisha Jackson (Disney’s Frozen).

Norm Lewis
Thursday, December 17 at 8 p.m. ET & On Demand December 18 – 31
Norm Lewis and his holiday shows at Feinstein’s/54 Below have become a New York City tradition over the past five years. This year will be no different as Broadway’s charming and acclaimed leading man returns to perform an extraordinary concert this year—online!  Each December, Norm’s festive sold-out shows help ring in the season, and audiences travel from across the globe to join in the hottest party in town. This year, we bring Norm and his holiday cheer direct from Broadway’s Living Room into your home.

Norm will be joined by his swingin’ band: Musical Director Joseph Joubert on keyboards, George Farmer on Upright & Electric Bass and Perry Cavari on Drums & Percussion. He and the boys will perform material from the past shows, songs from The NORM LEWIS Christmas Album and some new songs he’s excited to debut for you as he reflects on 2020.

Silenced since February, the company of Feinstein’s/54 Below’s award-winning series, Sondheim Unplugged, is thrilled to be “Back in Business,” this time in the comfort of your own living room. A celebrated New York event since 2010, Sondheim Unplugged features some of Broadway and cabaret’s most dynamic voices, accompanied by piano only, delving into the musical world of Broadway’s master composer. Hosted by series creator Phil Geoffrey Bond, expect fun facts and tidbits about the original productions and an evening well spent with “Old Friends.”