Top Posts
‘Company’ to Hit the Road on North American...
Meet the Full Cast of ‘Shucked,’ Coming to...
Full Cast for ‘Parade’ Announced
Stephen McKinley Henderson Gives the Performance of His...
The McKittrick Hotel Announces the Return of ‘The...
Broadway Stars Honored with Academy Award Nominations
Taylor Trensch, Danny Wolohan, and More Join the...
A Gay Road Trip Comes to The Brick...
Maude Apatow of ‘Euphoria’ is the Next Audrey...
Tony Award Winners to Star in ‘Hercules’ at...
Home Buzz Five Shows You Can’t Miss In 2023
Buzz 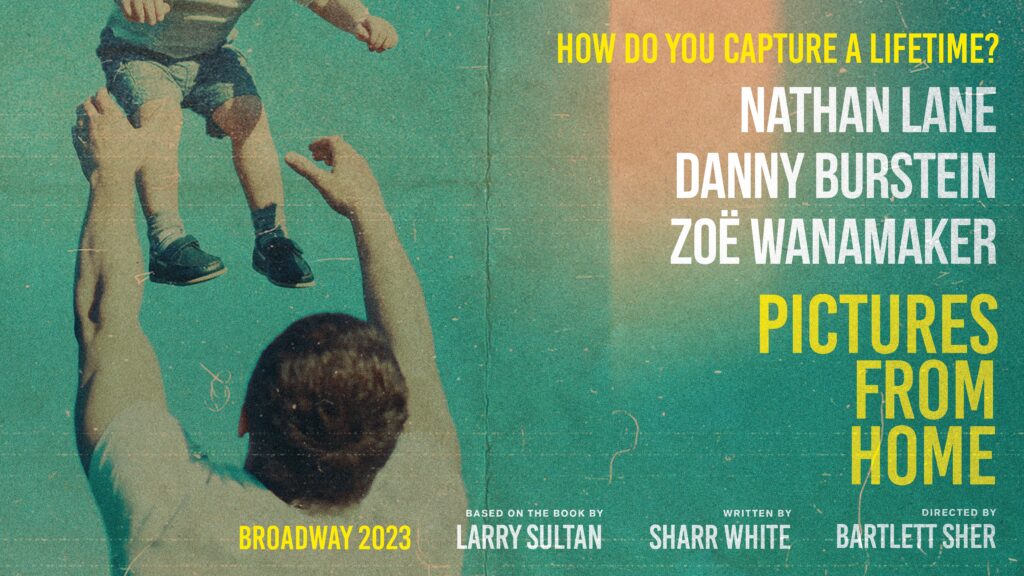 With the new year comes a fresh and exciting crop of new theater – both on Broadway and off. Here’s five shows hitting New York in the early part of 2023 that The Broadway Blog says you absolutely cannot miss.

Three of the Broadway most inventive, inspired and award-winning artists will bring to vivid theatrical life a comic and dramatic portrait of a mother, a father and the son who photographed their lives. Based on the landmark photo memoir by Larry Sultan, adapted to the stage by Sharr White, starring Nathan Lane, Danny Burstein, and Zoë Wanamaker and staged by award-winning director Bartlett Sher, Pictures From Home will evoke memories of childhood, parenthood, and the hard-won wisdom that comes with both. This is a new American play, a play of heart and great humor.

Katie Holmes returns to the New York stage in a timely new work. Orthodox Jews Esther and Schmuli are newly married, and their future is written in the laws of the Torah. Secular Jew Abe is a famous novelist who believes he can write his own future…until an unexpected email from a movie star puts his marriage to the test and threatens to prove him wrong. From playwright Anna Ziegler (The Last Match) comes the New York premiere of a play that ripples across cultures, challenging two very different couples with the same question: Can we be happy with what we have while we have it?

A forgotten masterpiece returns. Oscar Isaac and Rachel Brosnahan star in Lorraine Hansberry’s (A Raisin in the Sun) sweeping drama of identity, idealism, and love. With direction by Anne Kauffman, BAM’s production marks the first major New York revival since the original Broadway run. Hansberry invites us into Greenwich Village in the 60s, crafting a razor-sharp portrait of a diverse group of friends whose progressive dreams can’t quite match reality. At the center are Sidney and Iris Brustein, fighting to see if their marriage—with all its crackling wit, passion, and petty cruelty—can survive Sidney’s ideals. As if reaching across the decades, Hansberry’s incisive final work offers shockingly contemporary provocations.

Ulysses is lost again – but this time in Harlem. Obie-winning playwright Marcus Gardley blends classic mythology, African-American history, and modern theatricality to create the poetic black odyssey. This vibrant reimagining of the Odysseus saga is set in modern-day Harlem, telling the epic tale of Ulysses Lincoln, a soldier facing the most daunting of voyages to reunite with his family. While fate may seem in control of Ulysses’ destiny, his ancestors and their buried history will help guide his journey home. Directed by Stevie Walker-Webb (Ain’t No Mo’).