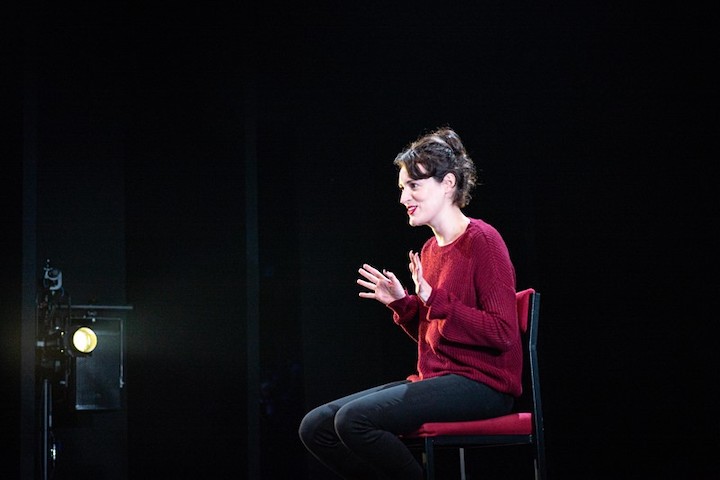 Are you a Fleabag fan? The hit series shook up the Emmy Awards last month, winning Best Comedy Series and Best Lead Actress for Phoebe Waller-Bridge’s stunning portrayal of a “sort of woman living her sort of life.” On November 18, Fathom Events will present a one-night-only broadcast of the one-woman show that inspired the series.

Described by The New York Times as “gloriously disruptive,” Fleabag’s title character may appear emotionally unfiltered and oversexed, but that’s just the tip of the iceberg. With family and friendships under strain and a guinea pig café struggling to keep afloat, Fleabag suddenly finds herself with nothing to lose.

Fleabag was captured live from Wyndham’s Theatre London during its sell-out run this summer. The West End production was produced by DryWrite, Soho Theatre and Annapurna Theatre and ran at Wyndham’s Theatre London. This homecoming run was the last time Waller-Bridge performed the piece. Fleabag was originally produced by Phoebe Waller-Bridge, Vicky Jones and DryWrite. It previewed at Soho Theatre before its Edinburgh Festival debut in 2013, winning rave reviews and a Fringe First Award. It returned to play the Soho Theatre in London that autumn and was revived by DryWrite and Soho Theatre in 2014 and 2016, as well as touring the UK (2015 and 2018), South Korea (2014) and Australia (2018) and an Edinburgh Festival revival as part of the British Council Edinburgh Showcase (2017).