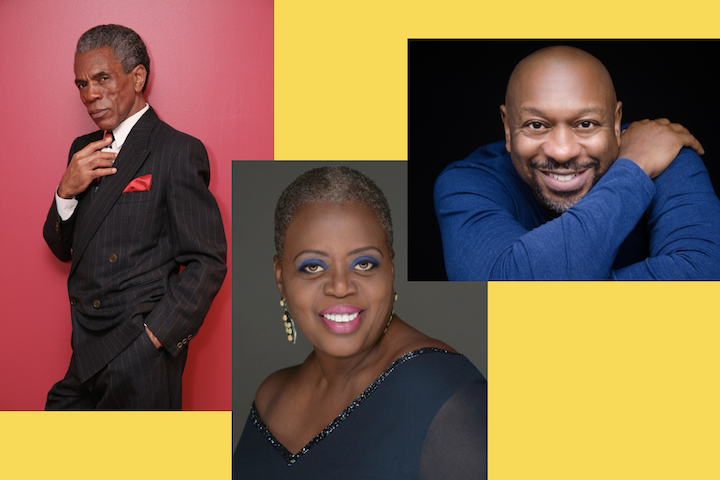 Alton Fitzgerald White, a gifted actor who starred in Broadway’s hit show Ragtime and performed over 4,000 times as Mufasa, “king of the jungle,” in Disney’s production of The Lion King, will bring to life the legacy of American politician and civil rights leader John Lewis, who passed away last summer and coined the popular phrase “good trouble” in one of his most resilient speeches. Following his reading of the speech, White will discuss why Lewis’ words and mission are still relevant today and participate in a short question-and-answer session with the virtual audience.

Lillias White, who performed in Dreamgirls, How to Succeed in Business Without Really Trying, South Pacific, and Cy Coleman’s The Life, will highlight the music and struggles of the African American Jazz Artist Sarah Vaughan, a pivotal figure in the formation of Be-Bop who has influenced generations of vocalists with her unique style of expression and melodic phrasing. Vaughan helped desegregate American airwaves and set the stage for the civil rights activism of the 1960s and 1970s. Born in Newark, New Jersey, Vaughan, called “Sassy” by the greatest Jazz musicians, was an extraordinary vocalist and an exceptional pianist.

André De Shields is the triple crown winner of the 2019 awards season, having won the Outer Critics Circle, Drama Desk, and Tony Awards for Best Featured Actor in a Musical for his critically acclaimed performance as Hermes in Hadestown. Frederick Douglass—who began his life as a slave, and through heroic effort, became one of America’s most important and historically influential icons—delivered a keynote address at a commemoration of the signing of the Declaration of Independence on July 5, 1852, at Corinthian Hall in Rochester, New York. In his speech entitled “The Meaning of July Fourth for the Negro,” Douglass asked, “What, to the American slave, is your 4th of July?” On February 26, de Shields will take the audiences back in time to this historic moment.

Flushing Town Hall’s Black History Trilogy is part of its FTH At Home! virtual programming, presented for free to the general public with a suggested donation to support the artists and the nonprofit cultural organization as they continue to provide programming and entertainment across New York and the world.