Top Posts
‘Company’ to Hit the Road on North American...
Meet the Full Cast of ‘Shucked,’ Coming to...
Full Cast for ‘Parade’ Announced
Stephen McKinley Henderson Gives the Performance of His...
The McKittrick Hotel Announces the Return of ‘The...
Broadway Stars Honored with Academy Award Nominations
Taylor Trensch, Danny Wolohan, and More Join the...
A Gay Road Trip Comes to The Brick...
Maude Apatow of ‘Euphoria’ is the Next Audrey...
Tony Award Winners to Star in ‘Hercules’ at...
Home Beyond Broadway ‘Freestyle Love Supreme’ Hits the Road After Broadway Run
Beyond BroadwayBuzz 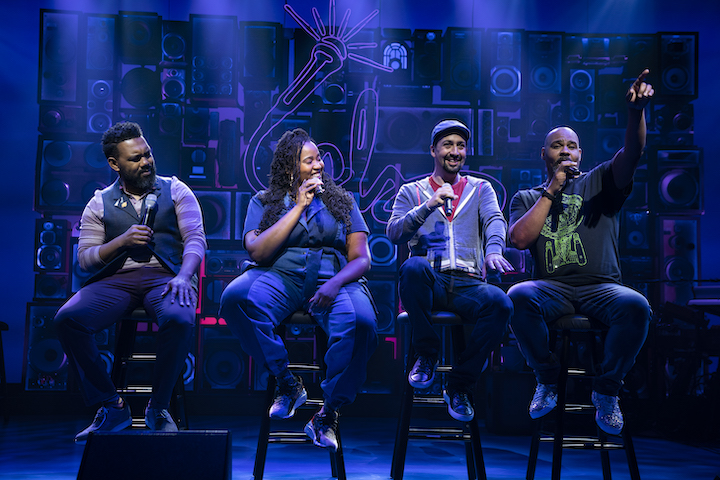 Produced by Kail, Miranda, Jenny & Jon Steingart, and Jill Furman, Freestyle Love Supreme is an intermission-less, roller-coaster ride of a show that Rolling Stone calls “pure joy” and Entertainment Weekly describes as “lightning in a bottle.”

Created before In the Heights and Hamilton and directed by Kail, Freestyle Love Supreme is a thrilling, improvised musical comedy show that features talented performers providing non-stop action throughout this fast-paced evening, spinning suggestions from the audience into humorous bits, instantaneous songs and riffs, and fully realized musical numbers. The electrifying vocals of the performers – from singing to rapping to beat-boxing with harmonies and freestyle flow – are backed by tight tunes from keyboards and human percussion. The show is created live every night with the audience contributing words, ideas and inspiration. No two shows are ever the same.

“We’ve had many of our happiest and most fulfilling creative moments working on Freestyle Love Supreme and are excited to see its next chapter unfold on this national tour,” said Thomas Kail and Lin-Manuel Miranda. “It is a show that consistently surprises us: we have no idea what to expect any time we do it – and isn’t that the true beauty of live theater? We are thrilled to bring Freestyle Love Supreme to audiences across the country!”