Top Posts
‘Company’ to Hit the Road on North American...
Meet the Full Cast of ‘Shucked,’ Coming to...
Full Cast for ‘Parade’ Announced
Stephen McKinley Henderson Gives the Performance of His...
The McKittrick Hotel Announces the Return of ‘The...
Broadway Stars Honored with Academy Award Nominations
Taylor Trensch, Danny Wolohan, and More Join the...
A Gay Road Trip Comes to The Brick...
Maude Apatow of ‘Euphoria’ is the Next Audrey...
Tony Award Winners to Star in ‘Hercules’ at...
Home Show Folk 6 Things to Know About Outer Critics Circle Nominee Glenda Jackson
Show Folk 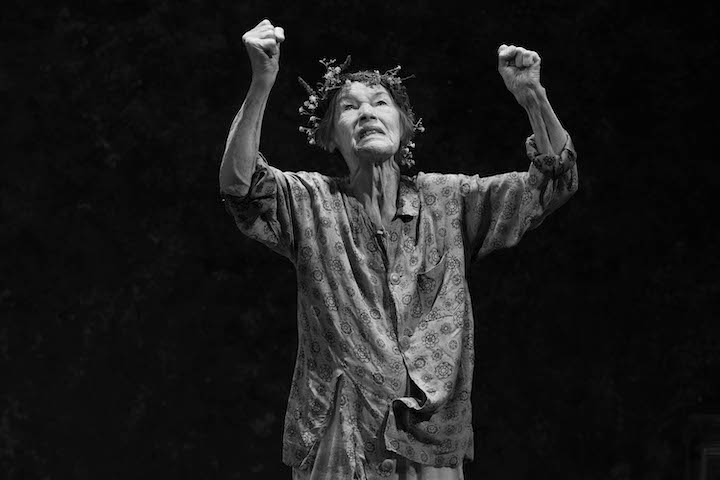 The formidable British actor takes to the stage this spring in the title role of Shakespeare’s King Lear — a performance that has earned her an Outer Critics Circle nomination. A Tony Award-winner last year for Three Tall Women, Jackson’s career transcends the stage. Here are six fun facts about her.

1. Jackson wrote a letter to get into acting school
Jackson wrote to the Royal Academy of Dramatic Art, the only acting school she’d heard of, and received a scholarship in 1954 without ever having visited the school. The eldest of four daughters, Jackson was the only member of her family to act at all. Jackson didn’t know that there was a technique for acting until she got to school.

3. Jackson returned to Broadway 31 years after she’d last appeared, and won a Tony Award for her role in Edward Albee’s Three Tall Women.
The Tony-winning production also starred Laurie Metcalf (who also won a Tony Award for her role) and Alison Pill, who was nominated for a Tony Award. Upon her return to the stage, Jackson clearly referenced her frustrations with a male-dominated acting industry. In a video interview with PBS’s Jeffrey Brown, Jackson expressed her frustrations that male contemporary dramatists “find women really really boring” and challenged her interviewer to think about why.

4. A critic once said Jackson should have played the title character in Hamlet rather than her part of Ophelia.
A main film critic for The New Yorker, Penelope Gilliatt, once wrote that, after seeing her as Ophelia, Jackson was the only female actress she could see as Hamlet. Gilliatt also reviewed Jackson’s film A Touch of Class, and cast Jackson in her film Sunday Bloody Sunday, for which Gilliatt wrote the screenplay.

5. Glenda Jackson has two Academy Awards for Best Actress, which she won in four years.
Jackson won for Women in Love (1970), a film based on a D.H. Lawrence novel in which she played Gudrun Brangwen, one of two women who begin relationships with a pair of men who are friends; and A Touch of Class (1973), in which she played feminist character Vicki Alessio in the throes of an affair with a married man.

6. Jackson quit acting to start a career in politics in Britain
In 1992, Jackson stood for the general election in the House of Commons and became a Labour MP for an area in the UK called Hampstead and Highgate. Jackson’s political career worked against conservative politics of Thatcherism, and said that “anything I could have done that was legal to get rid of Margaret Thatcher I would have done.” Jackson was also an outspoken critic of many of Tony Blair’s policies, including his involvement in the Iraq war. She once used a quote from Shakespeare’s Hamlet to describe Blair and that he “suffered from the insolence of office.”