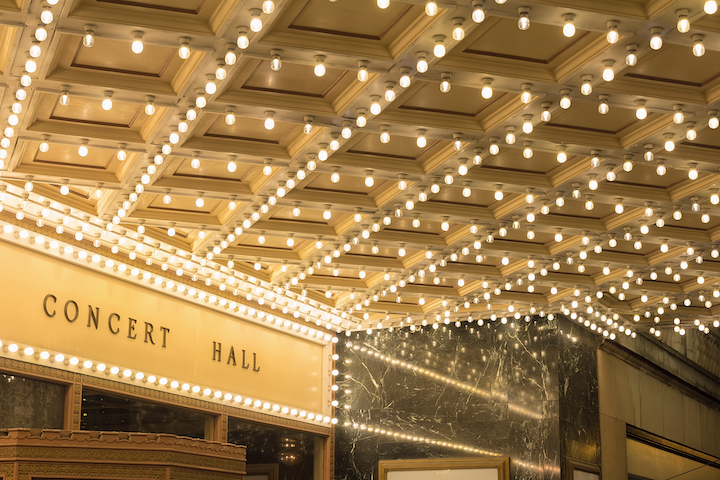 As Broadway approaches the one-year mark of no performances, New York Governor Andrew M. Cuomo has released a plan for reopening Broadway theaters and other venues. There is still no firm date for when Broadway and live, indoor theater will resume, but Cuomo did note the state is moving toward reopening venues by using rapid testing and socially distanced seating with reduced crowd sizes. Such efforts do not come as a surprise, but the action around testing these hypothetical scenarios will soon be realized as New York slowly begins to creak open its doors again. For instance, this week will see indoor dining (with social distancing and limited capacities) resume, just in time for Valentine’s Day.

New York plans to jumpstart the arts industry’s reopening through 300 pop-up concerts and events over 100 days. These “NY PopsUp” performances will start on February 20 at the Javits Center; that premiere event will be conducted in honor of the frontline healthcare workers who continue to heal and serve New York — and the world.

The trial run will continue with performances on some of New York’s most beloved stages, including the Shed, the Apollo Theater, Harlem Stage, and LaMama. There, COVID testing will be made available for audience members and social-distanced seating will be practiced. The impact of these efforts will likely inform Cuomo’s decision on the future of live theater in New York.

The decision to open venues under these conditions is not without its difficulties: limiting the number of people inside a theater has an outsize influence on ticket sales and revenue, all of which help keep artists paid and productions funded.  The Broadway League declined to comment on Cuomo’s proposal.

Still, there is much to look forward to should all be handled safely. The performances will be free and are not programmed to be pre-scheduled, meaning they are less likely to amass a large crowd. These NY PopsUp events will also be available online, so viewers can enjoy at home.

Broadway is currently closed through at least May 30, but Cuomo hopes this initiative paves the way toward a reopened city by Labor Day. The holiday is by no means a hard date for any reopenings, but instead, a hopeful one should cases continue to decline and the NY PopsUp events prove successful.