Top Posts
Stephen McKinley Henderson Gives the Performance of His...
The McKittrick Hotel Announces the Return of ‘The...
Broadway Stars Honored with Academy Award Nominations
Taylor Trensch, Danny Wolohan, and More Join the...
A Gay Road Trip Comes to The Brick...
Maude Apatow of ‘Euphoria’ is the Next Audrey...
Tony Award Winners to Star in ‘Hercules’ at...
‘New York, New York’ Finds its Two Leads
Full Casting Announced for Oscar Isaac-Led ‘The Sign...
Disco Pop Musical ‘Here Lives Love’ to Bow...
Home Buzz Governor Cuomo Wants the Arts to Return to NYC, But is Anyone Listening?
Buzz 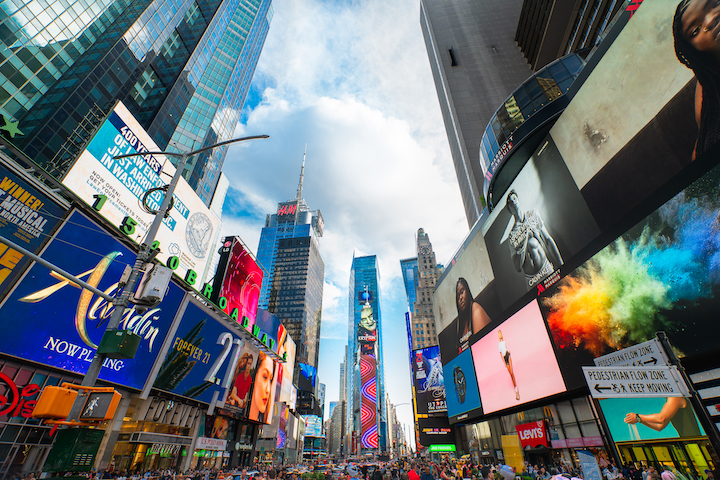 New York Governor Andrew Cuomo hopes rapid COVID-19 testing may be the short-term solution to reigniting public gatherings, but Broadway will still be in the dark.

Seven thousand rapid tests were used for a recent Buffalo Bills football game. Cuomo hopes the same model can be used for other venues. A plan announced earlier this week and reported by Broadway News includes outdoor concerts and pop-up events. A “New York Arts Revival” partnership has drawn big-name participants like Hugh Jackman and Amy Schumer, along with producers Scott Rudin and Jane Rosenthal.

“One thing is clear: we must act. We cannot wait until summer to turn the lights back on the arts and provide a living wage to artists,” Cuomo said. “New York City is not New York without Broadway.”

It’s unclear which Broadway shows will weather the COVID-19 storm. As previously reported, Mean Girls will not return to Broadway, though the national tour intends to hit the road once again.