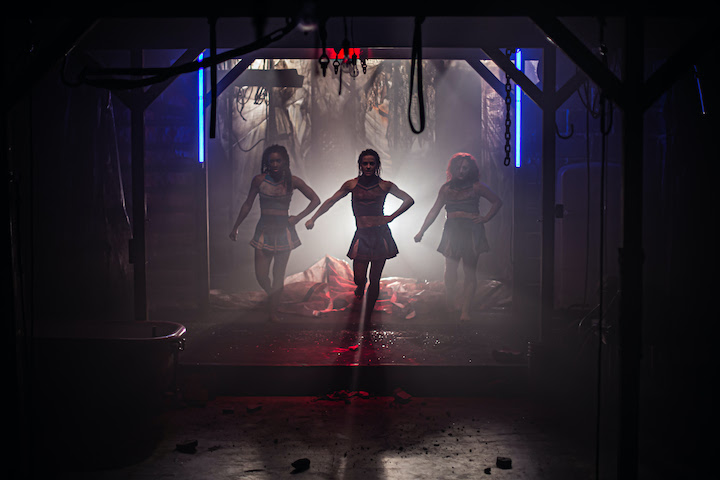 In collaboration with Broadway on Demand and JDN Theatricals, the new immersive dance and horror event will stream live for four performances on Halloween weekend, October 30-31.

Visceral, disturbing, and certainly not for the faint of Gunnar Montana’s Basement graphically depicts one man’s descent into madness. Audiences are immersed in an unrelenting, visceral nightmare as it unfolds. Explore the gruesome and sometimes violent effects that grief can have on the human mind — and the lengths some will go to hold onto the memory of those they have loved and lost.

“I am so excited that Basement will premiere on Broadway on Demand just in time for Halloween,” says the show’s creator. “Basement is pure horror from start to finish, giving viewers a look inside the soul of a madman while at the same time inviting them to explore the darkness inside themselves. The timing is perfect.”

“I have never seen anything like this show,” says Producer John David Nelson. “When I saw it for the first time at the Philadelphia fringe festival around Halloween 2019, my jaw was on the floor from the beginning to the very end. When I approached Gunnar about the future of the show, I knew I had to be part of the team. A major thank-you to Broadway on Demand for giving us the opportunity to create something during this tough time for the theater, we’re hoping to be one of the first new shows to open Off-Broadway when we can finally come back.”

Jeff Keilholtz, VP of New Content for Broadway On Demand, was also struck by the production when he first saw it. “I was halfway through the trailer when I picked up the phone and called John David Nelson. The point of view of this production, combined with its athletic choreography and urgent storytelling, blew me away. Rarely does a work of art land such power and authority. Basement hits with the force of a meteor.”