I couldn’t resist. A massive banner for Gypsy emblazoned across The Volksoper Wien, one of Vienna’s premiere opera houses. In German. No subtitles.

With a book by Arthur Laurents, music by Jule Styne and lyrics by a young Stephen Sondheim, the original 1959 production remarkably didn’t win a single Tony Award. (In fact, there was a tie for Best Musical between The Sound of Music and Fiorello!) But in its four subsequent revivals, each has garnered praise from critics and audiences alike.

Based on the memoirs of real-life burlesque star Gypsy Rose Lee, the musical follows life on the vaudeville circuit for mother Rose (Tania Golden) and her daughters June (Marianna Curn) and awkward Louise (Lisa Habermann). When June runs off to pursue her own career, Rose puts Louise front and center, attempting to craft her into the star she always wanted to be. Herbie (Toni Slama) manages the troupe, and while his affection for Rose doesn’t go unnoticed, her obsession with theatrical success ultimately keeps him in the wings. Directed by Lorenz C. Aichner, Volksoper’s Gypsy is relatively faithful to the original, and it is by sitting through long passages of dialogue (in a language that I don’t understand) that I recognize how valuable Laurents’ book is to Gypsy’s structure. Framing the musical, which takes place throughout the U.S. vaudeville circuit and ultimately New York City, is an innovative scenic design by Stephan Prattes. Inspired by the transient nature of life on the road, Prattes’ ingenious sets reimagine oversized luggage in various forms, culminating in Louise’s (now Gypsy Rose Lee), gorgeous dressing room, a proscenium high, Louis Vuitton-inspired suitcase, which opens to reveal her posh furnishings. While this Gypsy looks great, not all performances meet expectation for one of musical theater’s most celebrated works. As the iconic stage mother, Ms. Golden doesn’t possess the vocal quality to capture Rose’s raw emotions, particularly in the 11 o’clock showstopper, “Rose’s Turn,” where she seems to run out of steam. The three strippers, Tessie Tura (Christian Graff), Electra (Martina Dorak), and Mazeppa (Maren Kristin Kern) also lack the power to bring down the house.

If there is one bright light in Volksoper’s Gypsy, it is Habermann’s star turn as Louise. Her nuanced performance strikes the heartfelt balance between awkward adolescent and burlesque superstar. In spite of less than flattering costumes by Elisabeth Gressel during her transformational strip sequence, she more than holds her own compared to the three previous Broadway incarnations I’ve had the privilege to see.

Although my German Gypsy might not rank number one, I give a standing ovation to Volksoper for embracing the form of musical theater, and that includes the audience, dressed in jackets and dresses and not a sippy cup to be seen. 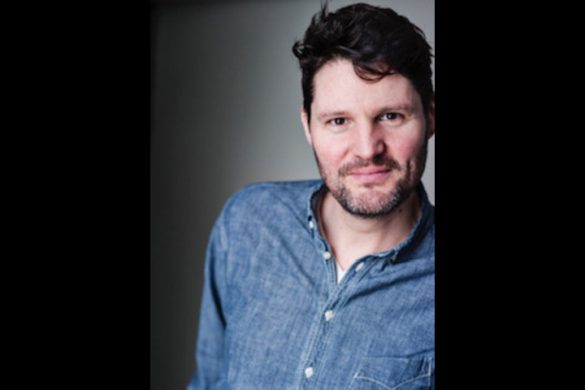 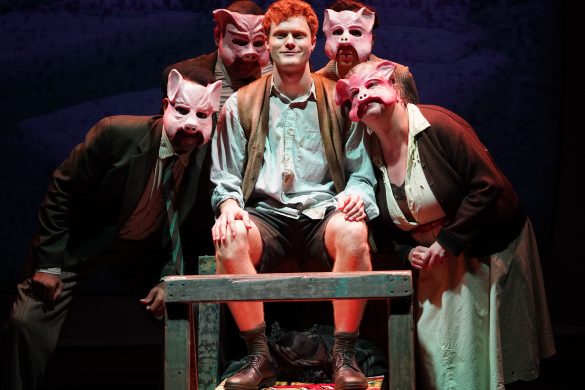 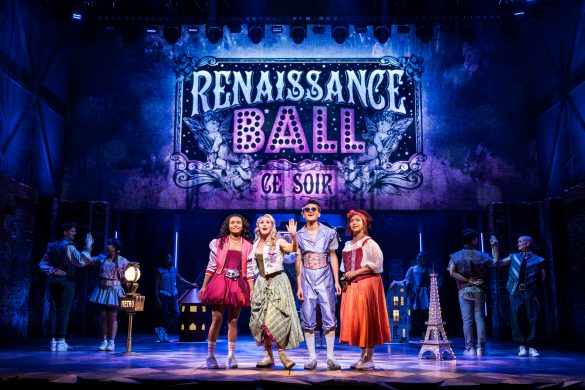