Top Posts
‘Company’ to Hit the Road on North American...
Meet the Full Cast of ‘Shucked,’ Coming to...
Full Cast for ‘Parade’ Announced
Stephen McKinley Henderson Gives the Performance of His...
The McKittrick Hotel Announces the Return of ‘The...
Broadway Stars Honored with Academy Award Nominations
Taylor Trensch, Danny Wolohan, and More Join the...
A Gay Road Trip Comes to The Brick...
Maude Apatow of ‘Euphoria’ is the Next Audrey...
Tony Award Winners to Star in ‘Hercules’ at...
Home Beyond Broadway ‘Heathers: The Musical’ Releases First Clip Ahead of Streamed Release on Roku
Beyond BroadwayWatch Now 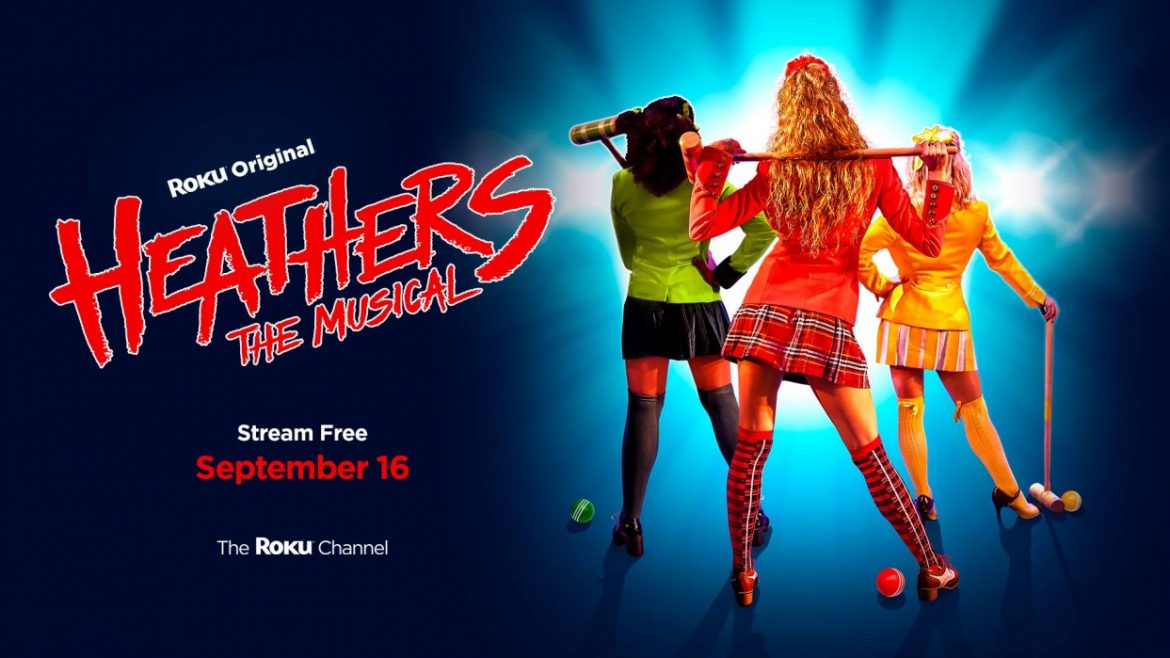 Roku is set to release a live capture of the West End production of Heathers: The Musical this Friday on the Roku Channel.

Ahead of the pro-shot’s official release this week, Roku has released an exclusive clip of the fan favorite number “Freeze Your Brain,” featuring Ailsa Davidson as Veronica Sawyer and Simon Gordon as J.D. Watch the new preview clip here.

The musical was filmed at The Other Palace, where Heathers was first produced in London in 2018. The production gained a cult following and ultimately transferred to the Theatre Royal Haymarket later that year. Heathers then toured the United Kingdom in 2021 before returning to the West End. It finally played a concluding run at The Other Palace earlier in 2022, billed as a “Homecoming,” where it was filmed by Roku for streaming release.

Heathers: The Musical began life in the U.S, first in a limited Los Angeles run in 2013, then off-Broadway at New World Stages in 2014. The New York run starred Barrett Wilbert Weed as Veronica and Ryan McCartan as J.D.. Music, lyrics and book are by Laurence O’Keefe and Kevin Murphy, based on the 1988 film of the same name written by Daniel Waters. Andy Fickman directed the show both off-Broadway and in the West End.

Welcome to Westerberg High, where Veronica Sawyer is just another one of the nobodies dreaming of a better day. But when she’s unexpectedly taken under the wings of the three beautiful and impossibly cruel Heathers, her dreams of popularity finally start to come true. Until JD shows up – the mysterious teen rebel who teaches her that everyone fears being a nobody, but it’s murder being a somebody…