Top Posts
‘Company’ to Hit the Road on North American...
Meet the Full Cast of ‘Shucked,’ Coming to...
Full Cast for ‘Parade’ Announced
Stephen McKinley Henderson Gives the Performance of His...
The McKittrick Hotel Announces the Return of ‘The...
Broadway Stars Honored with Academy Award Nominations
Taylor Trensch, Danny Wolohan, and More Join the...
A Gay Road Trip Comes to The Brick...
Maude Apatow of ‘Euphoria’ is the Next Audrey...
Tony Award Winners to Star in ‘Hercules’ at...
Home Beyond Broadway ‘Hedda Gabler: A Play with Music’ Delivers an An Inventive Take on Ibsen’s Classic
Beyond BroadwayReviews 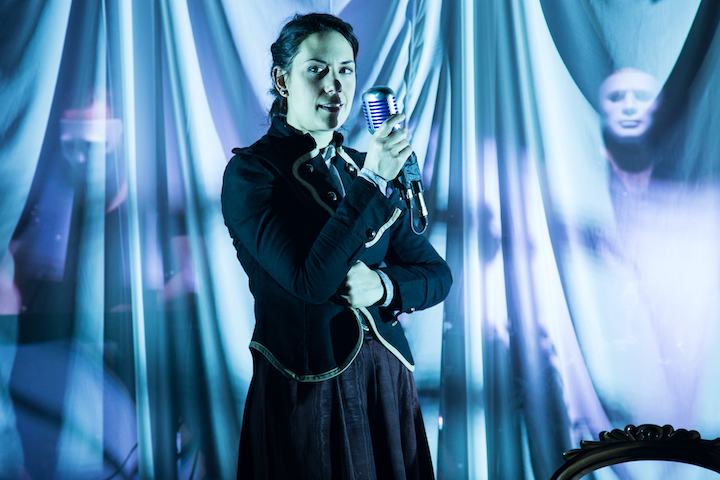 Chicago is having a Henrik Ibsen moment. With Raven Theatre’s sharp revival of the playwright’s 1879 masterpiece, A Doll’s House, playing through March 22, TUTA Theatre continues the Norwegian dramatic zeitgeist with a world premiere adaptation of Hedda Gabler: A Play with Live Music.

Featuring one of modern drama’s most notorious anti-heroines, portrayed in this production by force-of-nature Lauren Demerath, the source material takes a look at several eventful days in the life of bored, entitled and privileged beauty Hedda Tesman. Born Hedda Gabler, the subversively willful beauty of a powerful and deceased local General, the character enters into a marriage of convenience with promising scholar George Tesman (Huy Nguyen), believing her window to youthful freedom entirely shut for good.

The plot is “small” in the sense that the action never leaves the Tesman living room and an adjacent parlor, and the events that drive the play’s haunting denouement give no individual evidence of seismic import. Hedda Gabler – the character as well as her namesake drama – is the product of many small moments and decisions that result in the kind of inevitability audiences should see coming, but probably won’t if they haven’t first read the script. 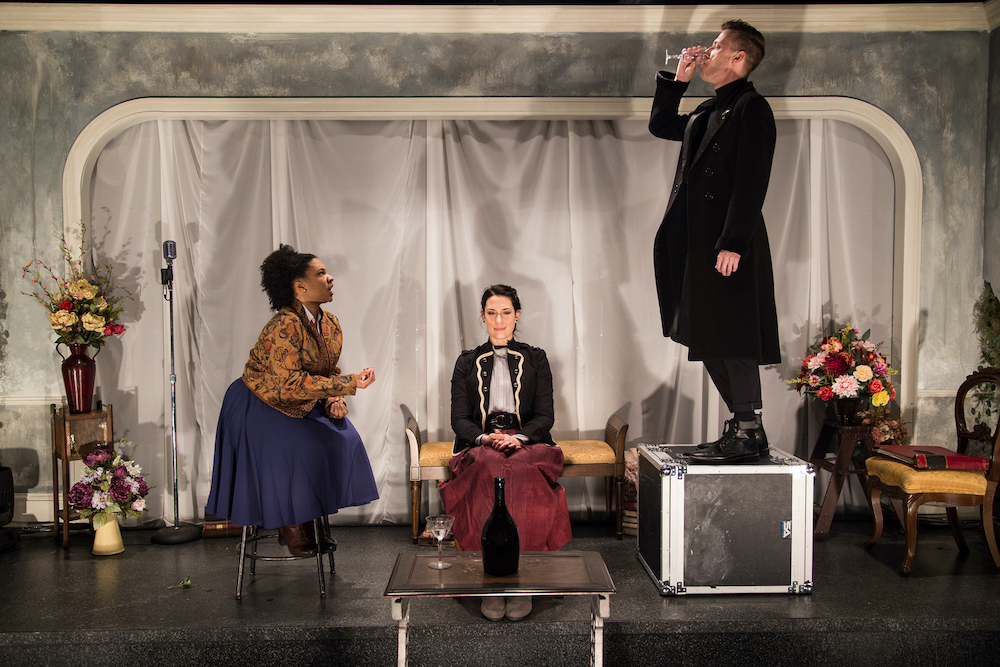 Originally staged in Germany in 1891, 12 years after the premiere of A Doll’s House, Hedda Gabler reinforced Ibsen’s growing reputation for realism and social provocativeness. The idea that a woman of privilege would mess with the lives and minds of others in her social and family circles — from a need for entertainment, spite, existential ennui, or all of the above — was quite subversive at the turn of the 20th century. In 2020, a time when women running for the nation’s highest office still have to worry about “likability,” not much social edge has been shaved from Hedda’s unapologetic, mercenary approach to create an engaging existence for herself.

In a prosaic vacuum, the character remains easy to experience as a singular act of naked and arbitrary cruelty. However, the TUTA Theatre reimagining, as adapted and directed by artistic director Jacqueline Stone, takes away that audience privilege, with the inventive addition of an angry rock opera device that lets us deeper inside the mind of a living, breathing borderline personality disorder. 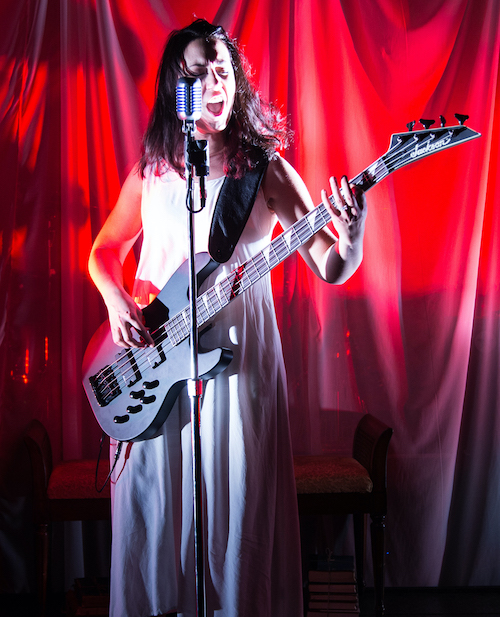 Giving theatergoers hints of Alanis Morrisette’s seminal 1995 feminist scream, Jagged Little Pill (recently adapted into a Broadway musical), with a dash of Trent Reznor’s disaffected nihilism, this take on Hedda leverages strategically deployed musical numbers to help audience members get at the “why?” that drives the title character to depraved indifference. From the mournful, wistful ballad that opens the first act, through the strobe light-flashing, bass-pulsing growls that predict Hedda’s ultimate downfall, the TUTA production team takes an interesting, if not always transparent approach, to filling in the character blanks left by Ibsen.

At the end of the day, Hedda Gabler really is a terrible person. As portrayed by talented multi-threat Demerath, the character doesn’t bother trying to run from this truth. Instead, she leans into her psychological lawlessness, confessing her desire to tear it all down in song. If the world wasn’t built for thinking women, they should contrive to watch it burn. Think Fight Club for the Victorian-era lady of leisure.

Hedda Gabler: A Play with Live Music, though inventive and intriguing, could benefit from strategic editing. Running over two and a half hours with one intermission, some of the superficial character dialogue could have been excised without compromising its metaphorical, feminist kick in the nuts.

Becky Sarwate is an award-winning journalist, theater critic, blogger, and author of Cubsessions: Famous Fans of Chicago’s North Side Baseball Team (Eckhartz Press). She is a proud Chicago resident, where Becky lives with her husband Bob, their cats, Wendy and Lisa and their dogs, RuPaul and George Michael. Check out her collected work at BeckySarwate.com, and follow her on Twitter @BeckySarwate.