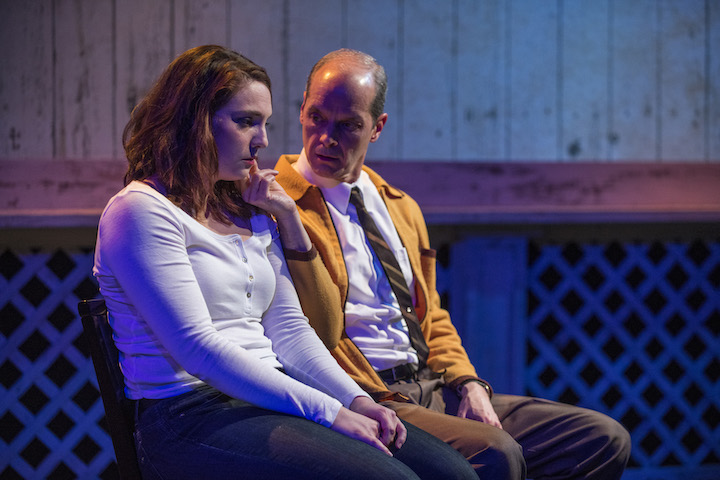 Eliza Stoughton and Mark Ulrich in Raven Theatre’s ‘How I Learned to Drive.’
(Photo: Michael Brosilow)

Long before the #MeToo movement, playwright Paula Vogel took home the esteemed Pulitzer Prize for Drama in 1998 for How I Learned to Drive. The timeless story of a young woman’s struggle to process and move beyond the wreckage of a predatory sexual relationship was recognized by the Pulitzer panel for its bold use of humor to explore the decidedly unfunny plague of pedophilia.

This week, Chicago’s Raven Theatre continued its 2018-2019 season with a revival of Vogel’s seminal work. A cross-functional discomfort with the painful, once socially taboo issues that the 21st Century #MeToo movement has dragged from the shadows appears to have undermined the laudable artistic effort.

Helmed by Raven Theatre’s Artistic Director Cody Estle, nearly every performer onstage during the production, except for actress Kathryn Acosta (Female Greek Chorus), looks like they’d rather be somewhere else. At all times. While this makes sense for the haunted, broken and threatening character of Uncle Peck (played with admirable complexity by Rivendell Theatre Ensemble member Mark Ulrich), the lack of emotional commitment doesn’t work for the rest of the cast. It’s hard to determine if Mr. Estle directed the artistic conflict or if it is the organic result of too much creative self-awareness. In either case, the ambivalence spills onto the audience in Raven’s 99-seat East Stage theatre.

I wasn’t expecting standup comedy from lead actress Eliza Stoughton, who inhabits the character of L’il Bit. She is asked to translate and communicate the 1960s rural experience of a girl born into a family with an absent father, and assigned a nickname that’s a euphemism for female genitalia. The compulsion to strip any hint of humor from that starkly depressing origin story must be strong. But it’s not what Ms. Vogel intended. How do we know? Here is an excerpt of her thoughts on the work, shared in an interview with Playbill in 1997:

“When you go through a journey together as an audience, your heart and your spirit become lighter…There are much more severe cases than this play dramatizes, of course. And it seems to me that one thing that gets left out when we’re talking about trauma is the victim’s responsibility to look the experience squarely in the eye and then to move on.”

With the previously stated exception of Ms. Acosta, who brings a quiver full of unselfconscious comedic arrows dipped in existential poison to a rotating cast of sexually frustrated, carefully rebellious, judgmental women, there is little in the way of direct, unapologetic lightness from the main characters. This is most especially true of Ms. Stoughton’s L’il Bit. Given Ms. Vogel’s intent to subvert our collective ideas of victimhood with dark humor, the performance falls flat. As I exited the theatre, I felt as if I had invested an hour and 45 minutes (no intermission) in a run-of-the-mill after-school special. 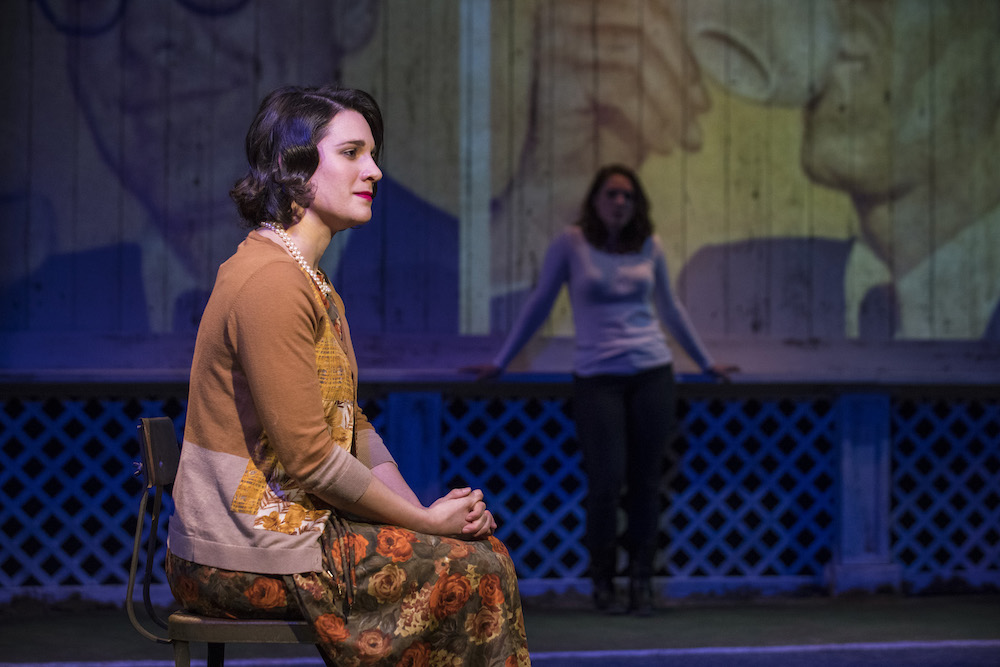 (l to r)Kathryn Acosta and Eliza Stoughton in Raven Theatre’s ‘How I Learned to Drive.’ (Photo: Michael Brosilow)

The trope of driving on the open road as a symbol of danger, freedom and adventure is plodded through as written in the script. But interpreted by Raven’s production and creative teams, there’s a huge disconnect between the metaphor and the lived experience of the project, which feels passé and overly cautious, and has little to offer our evolving cultural conversation around sexual assault.

The potential for more is visible, especially in the work of Ms. Acosta and Mr. Ulrich, who defy emotional boundaries in performances that are hard to pigeonhole. The larger content, however, imparts a rigid airlessness that feels heavy rather than liberating as the playwright intended. This is a wheel I just can’t get behind.

How I Learned to Drive
Raven Theatre
6157 N Clark, Chicago
Through March 24