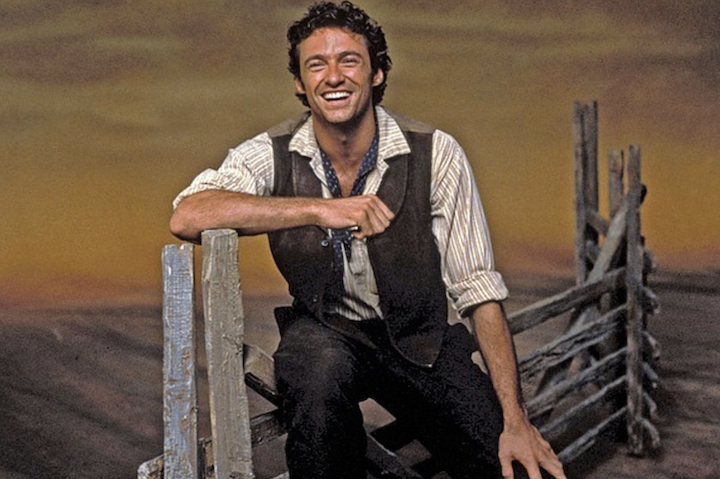 Available for free on BroadwayHD, start streaming the acclaimed 1998 National Theatre of London production worldwide this Friday at 8pm ET by visiting this link.  Oklahoma! will be available to stream for free through Sunday, March 29.

Watch a young Hugh Jackman in his breakout musical role. “It’s hard to imagine a more immediately charming Curly than Jackman,” wrote Variety in 1998. “He’s as pliable, the staging suggests, as Jud is rigidly doomed, and Jackman makes an appealing (and beautifully sung) case for a man who won’t be left behind by the winds of change in “this here crazy country.”