Top Posts
‘Company’ to Hit the Road on North American...
Meet the Full Cast of ‘Shucked,’ Coming to...
Full Cast for ‘Parade’ Announced
Stephen McKinley Henderson Gives the Performance of His...
The McKittrick Hotel Announces the Return of ‘The...
Broadway Stars Honored with Academy Award Nominations
Taylor Trensch, Danny Wolohan, and More Join the...
A Gay Road Trip Comes to The Brick...
Maude Apatow of ‘Euphoria’ is the Next Audrey...
Tony Award Winners to Star in ‘Hercules’ at...
Home Hot Ticket Ian McKellen to Play Hamlet in New UK Production
Hot Ticket 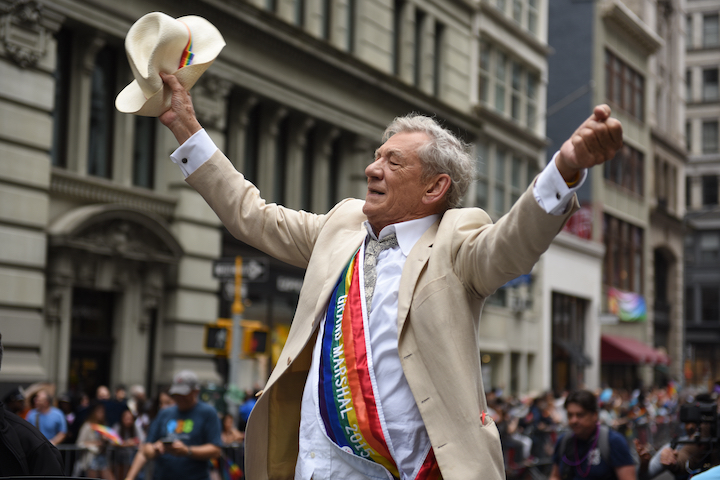 Sir Ian McKellen, icon of screen and stage, will play the title role in an “age-blind” production of Hamlet this June. Fifty years after first playing the Danish prince, McKellen will be 82 come production time.

McKellen, a two-time Oscar nominee for his roles in Gods and Monsters and The Lord of the Rings: The Fellowship of the Ring, will headline the production at England’s Theatre Royal in Windsor, just outside of London. As reported in Daily Mail, the octogenarian legend has no quibbles about playing the youthful role: ‘I do Pilates three times a week,” he said, “and I have a trainer twice a week — all long-distance — so I’m fairly fit for the thriller that is Hamlet.”

The Windsor theater company, led by artistic director Sean Mathias, will show Hamlet for ten weeks starting June 21, 2021. Mathios directs the production that was postponed from last summer, and by the time June performances come, lockdown restrictions should be lifted. The play will mark Windsor Theatre Royal’s return to live performances.

Following his stint in Hamlet, McKellen will continue on in the summer festival as the manservant Firs in Anton Chekhov’s The Cherry Orchard. As the actor has observed, he will play the youngest character in the first play to the oldest in the second.

McKellen has won five Olivier Awards (including two Special ones) and one Tony Award (Amadeus). Tickets are now on sale (£25-£75); visit theatreroyalwindsor.co.uk or call 01753 853888 for more information.