Top Posts
Broadway Photographer Matthew Murphy Heads Underground to Help...
Keala Settle Heads to West End to Join...
‘The Kite Runner’ Heads to Broadway for Limited...
First Look at Audible’s ‘Long Day’s Journey Into...
Robert Cuccioli Stars in ‘A Touch of the...
Tim Rice Teases that ‘Chess’ May Come to...
‘Girl From the North Country’ Announces Closing, Sort...
NYC Broadway Week 2-For-1 Tickets Now on Sale
Brittney Johnson Will Be First Black Glinda in...
Broadway-Bound ‘Paradise Square’ Delays Opening Due to COVID-19
Home Reviews Fake News? It Depends on Who You Ask: ‘Ink’ on Broadway
Reviews 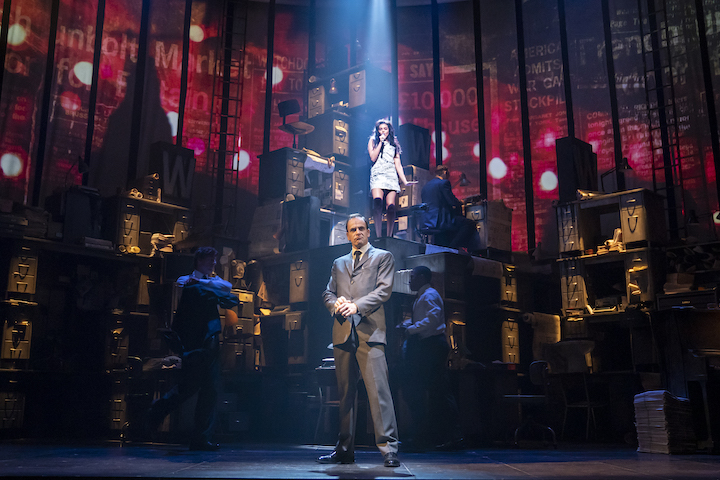 “Fake news” is not the invention of our current administration and the pendulum swings heavily in both directions.

At first blush, James Graham’s phenomenal play Ink could be interpreted as a direct indictment on Rupert Murdoch, the Australian born media mogul whose net worth nears $21 billion. His global empire has managed to consume everything and anything in its wake — everything but ethics and in many cases, facts.

A recent New York Times investigation reveals how his outlets persuaded the outcome of Brexit and the 2016 United States Presidential election. When we delve below the headline of Graham’s drama we find that there’s more to be questioned in his story: Are Murdoch’s right-leaning views the only ones that control the narrative? What do other news sources either tell or withhold from us that shape how we make sense of the world? Are we merely hungry pawns in the chess game of journalism, consuming what is fed to us as though it were our last meal? 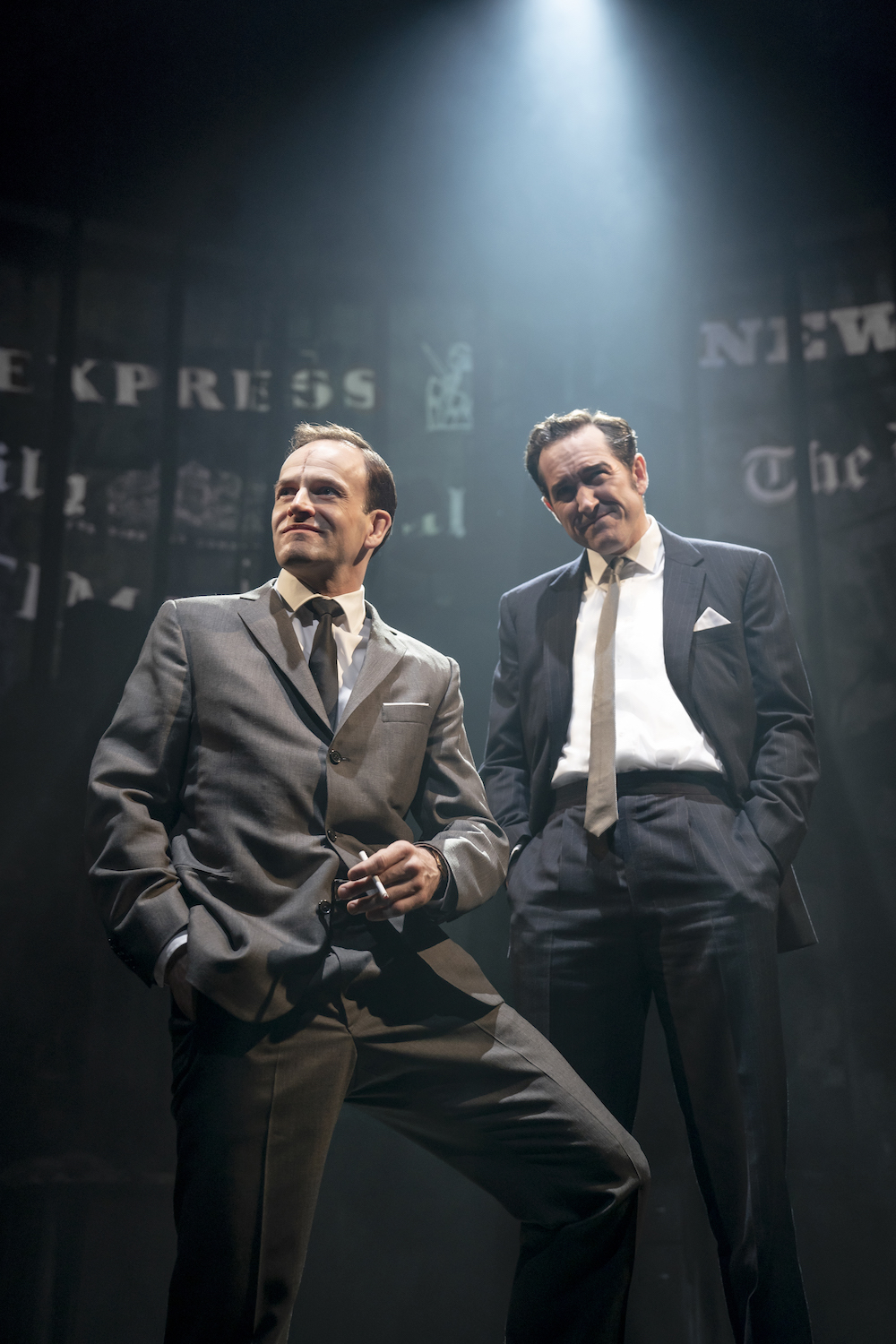 What isn’t in question here is the fine craftsmanship of this epic production, originally produced at London’s Almeida Theatre and later on the West End. Ink opens in 1969 as Murdoch (Olivier Award Winner Bertie Carvel) and Larry Lamb (Olivier Award Winner Jonny Lee Miller) dine at London’s Rules restaurant on Fleet Street. Here, they lay the groundwork for Murdoch’s new enterprise The Sun. Murdoch plans to turn the failing newspaper into the golden boy of print. “Sorry, Rupert — it’s a laughing stock on the Street, a stuck-up broadsheet that has never once made a profit,” Lamb tells him.

Murdoch insists he can change it. “You know how to make a paper to reach those forgotten people, don’t you? Because you are one of them — were. Your family, your friends, your neighbors, in your ordinary Yorkshire mining town.” Murdoch preys on Lamb’s vulnerability, and quickly, the pair becomes an unstoppable force in a slick cat and mouse game against their rivals.

Watching this group assemble is a spectacle unto itself. As the team members are introduced, each one joins in a cheeky song and dance, cleverly choreographed by Lynne Page. It’s evident that Graham has done extensive research. All of his players were actual employees of The Sun. Here, he recreates them with specificity and engaging personality. It would be easy for them to become characterizations, but Graham roots them in reality and makes them fully dimensional. The dialogue is reminiscent of older well-written sitcoms like 30 Rock, WKRP in Cincinnati, or Murphy Brown. It’s thrilling — and often quite amusing — to watch them build this paper, scrutinizing every detail and laboring over its content.

Under Rupert Goold’s direction, this entire cast crackles. Rarely have I seen an ensemble more unified and, pardon the pun, on the same page. Bunny Christie’s scenic and costume design are also something to behold. Her set, composed of stacked desks, filing cabinets, and projection panels are so effective that we feel as though we’re sitting in an actual newsroom.

Given the fact that Ink is based on actual events, it is deeply unsettling to watch. Rupert Murdoch remains one the most influential men in media and his heirs will soon run the family business — a business based not on what people need to hear, but rather what they want to hear. In short: populism. Carvel’s Murdoch implores Lamb to hire, “The spurned, the spited, and the overlooked.” In turn, they will reach the same demographic. By making people feel oppressed against the elite, the public can be easily persuaded. Meanwhile, those weaving the narrative continue living lives of extravagance. Fifty years later, we’re living the same frightening story. Nonetheless, Ink is likely to be one of the best nights you’ll have at the theater this season.