Top Posts
‘Company’ to Hit the Road on North American...
Meet the Full Cast of ‘Shucked,’ Coming to...
Full Cast for ‘Parade’ Announced
Stephen McKinley Henderson Gives the Performance of His...
The McKittrick Hotel Announces the Return of ‘The...
Broadway Stars Honored with Academy Award Nominations
Taylor Trensch, Danny Wolohan, and More Join the...
A Gay Road Trip Comes to The Brick...
Maude Apatow of ‘Euphoria’ is the Next Audrey...
Tony Award Winners to Star in ‘Hercules’ at...
Home Buzz ‘Into the Woods’ Extends One Final Time
Buzz 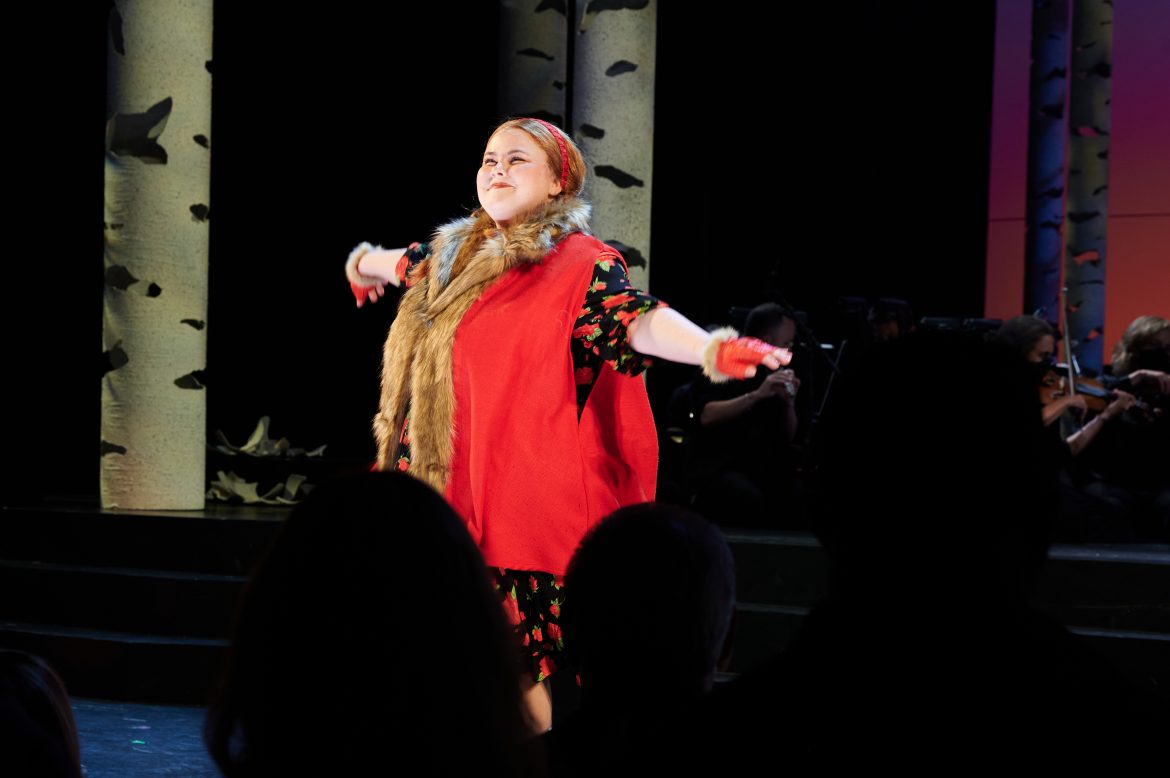 Katy Geraghty as Little Red Riding Hood taking her bow in “Into the Woods,” photo provided by DKC/O&M.

Into the woods, and out of the woods one final time! Jordan Roth, President of Jujamcyn Theaters, announced that the hugely acclaimed and much beloved New York City Center Encores! production of James Lapine and Stephen Sondheim’s revival of Into the Woods at the St. James Theatre will be extended one final time through Sunday, January 8, 2023.

Into the Woods, the first Broadway show of the 2022/2023 season, is directed by Lear deBessonet, music direction by Rob Berman with The Encores! Orchestra, and choreographed by Lorin Latarro. This production is dedicated to the memory of Stephen Sondheim. Casting announcements for the rest of the run will be made soon.

Tickets for the extension are available via SeatGeek.com/into-the-woods.

Into the Woods first premiered on Broadway in 1987, winning three Tony Awards including Best Score and Best Book. It has since been produced throughout the world and was adapted into a major motion picture in 2014. This production marks its first time on Broadway in 20 years.