Irish Rep’s 1998 production of ‘The Irish and How They Got That Way.’ (Photo courtesy of Irish Rep.)

Theaters are dark, but the show must go on. This summer will feature three of Irish Repertory Theatre’s most beloved recent productions reimagined for the screen and filmed remotely for limited release as part of A Performance on Screen, including Yes! Reflections of Molly Bloom; The Weir and Love, Noël: The Songs and Letters of Noël Coward.

The season will also include the World Premiere of Darren Murphy’s short play The Gifts You Gave to the Dark, and a special online celebration—The Irish (Rep)… and How We Got That Way: A Celebration of Endurance and Perseverance Through Hard Times, featuring a screening of the 1998 Irish Rep World Premiere production of Frank McCourt’s The Irish…and How They Got That Way.

“We miss our crowded lobby at the Irish Rep, but since you cannot come to our house, we will come to yours,” said Irish Rep Artistic Director Charlotte Moore and Producing Director Ciarán O’Reilly.” We are very proud to keep the Irish Rep flag flying during these coming months.”

Yes! Reflections of Molly Bloom
From the novel Ulysses by James Joyce
Adapted for the stage by Aedín Moloney and Colum McCann
Music by Paddy Moloney
Starring Aedín Moloney
June 16 – 20, 2020

It is Ireland in the early hours of June 17, 1904. Molly Bloom’s husband–the wandering philandering Leopold “Poldy” Bloom–has just come home & fallen asleep in their Dublin row house. Molly–a daughter, a mother, a lover and a long-suffering wife–patrols the pathways of her wild and leaping consciousness. She is lustful. Scared. Exuberant. Heartbreakingly lonely. Vivaciously reckless. And profoundly funny.

With an empty nest, an unfulfilling affair and a marriage long past its prime, Molly must find a way back to the rock-bed of love that she and Bloom once shared. Her unsentimental stream of consciousness is a song of songs that reaches backward and forwards across the centuries. Written one hundred years ago, Joyce’s words seem carved not just for today, but tomorrow too. Time ticks within time, dreams are upended, and life is thrown off balance. Molly seeks to reanimate love and ends up discovering herself. Dublin becomes Gibraltar, age becomes youth and a small room in Dublin becomes the world.

The 2019 Irish Rep World Premiere production of Yes! Reflections of Molly Bloom was awarded the Outer Critics Circle Award and nominated for the Off-Broadway Alliance Award for Solo Performance. 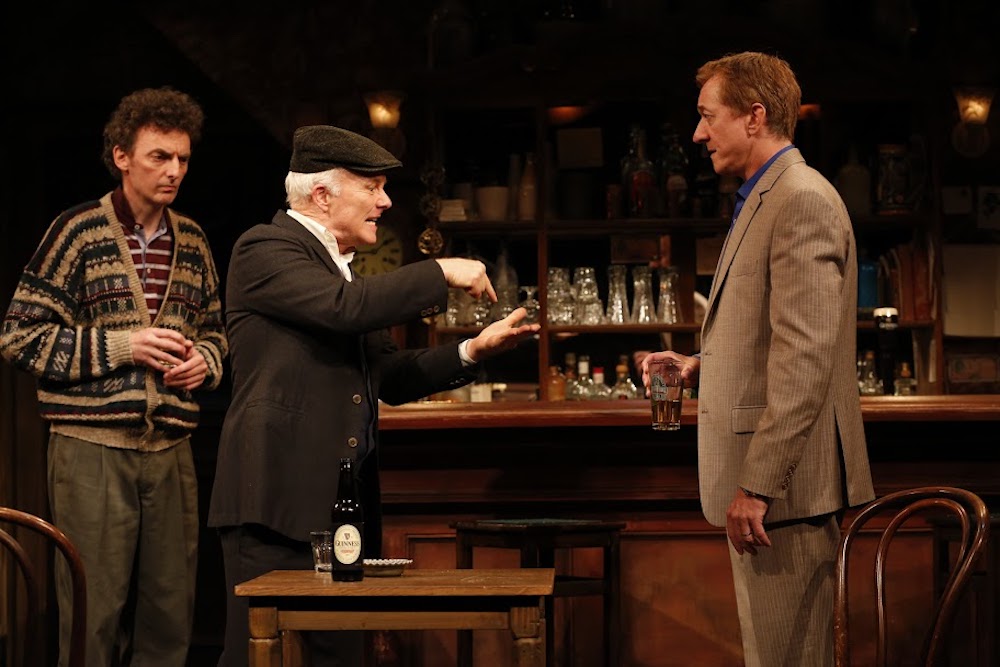 In a remote country pub in Ireland, newcomer Valerie arrives and becomes spellbound by an evening of ghostly stories told by the local bachelors who drink there. With a whiff of sexual tension in the air and the wind whistling outside, what starts out as blarney soon turns dark as the tales drift into the realm of the supernatural. Then, Valerie reveals a startling story of her own…. Conor McPherson’s The Weir is a haunting, evocative evening in the theatre you will never forget.

The 2013 Irish Rep production of The Weir was nominated for a Lucille Lortel Award for Outstanding Revival.

Get to know the life and times of one of the 20th century’s most dynamic creative icons – Noël Coward – through this intimate performance in which Steve Ross and KT Sullivan transform into some of the many characters that made up Coward’s unique life…Gertrude Lawrence, Marlene Dietrich, Greta Garbo, Elaine Stritch, Lynn Fontanne, Virginia Woolf, Edna Ferber, the Queen Mother and, of course, The Master himself, Noël Coward. Through Coward’s songs, stories and personal letters, cabaret legends Ross and Sullivan will summon up timeless memories of an era that may be gone but is never to be forgotten.