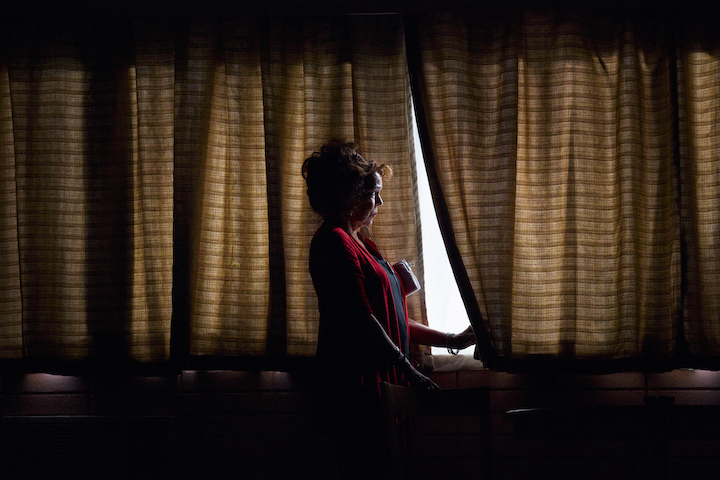 Both plays were slated to run until January 2022 and received rave reviews upon opening in October. Producers Dori Berinstein, Sally Horchow and Matt Ross weighed in on the impact of these new plays and more experimental works — each with scripts taken from real-life transcriptions of interviews — that started out downtown before transferring to Broadway when live theaters reopened earlier this year: “We are so proud that these two extraordinary, groundbreaking plays have had a chance to receive Broadway life and the celebration they deserve. Each of these plays expands the definition of what a Broadway play can be in thrilling and innovative ways,” they said in a joint statement.

Both plays were received glowing reviews in many outlets and were named Critic’s Picks in The New York Times. Jesse Green wrote that Is This A Room, “a 65-minute verbatim transcript, has now become the basis for one of the thrillingest thrillers ever to hit Broadway.” He gave Dana H. a similar rave, writing “that just one actor, Deirdre O’Connell, [embodies Dana] Higginbotham, lip-syncs the entire 75-minute text, brilliantly pulling off one of the strangest and most difficult challenges ever asked of an actor. Call it Thriller Karaoke.”

Both plays are based on real-life events: Tina Satter conceived and directed Is This A Room,  the astonishingly true story of Reality Winner, the 25-year-old former Air Force linguist who was surprised at her home by the FBI on June 3, 2017. Dana H., directed by Les Waters, is the real-life account of playwright Lucas Hanth’s mother, Dana, detailing a traumatic period of her life. Both plays were previously seen in New York at Off-Broadway’s Vineyard Theatre.