Top Posts
Stephen McKinley Henderson Gives the Performance of His...
The McKittrick Hotel Announces the Return of ‘The...
Broadway Stars Honored with Academy Award Nominations
Taylor Trensch, Danny Wolohan, and More Join the...
A Gay Road Trip Comes to The Brick...
Maude Apatow of ‘Euphoria’ is the Next Audrey...
Tony Award Winners to Star in ‘Hercules’ at...
‘New York, New York’ Finds its Two Leads
Full Casting Announced for Oscar Isaac-Led ‘The Sign...
Disco Pop Musical ‘Here Lives Love’ to Bow...
Home Beyond Broadway ‘It’s Not for Sissies, This New World’: Isaac Mizrahi at Café Carlyle
Beyond BroadwayReviews 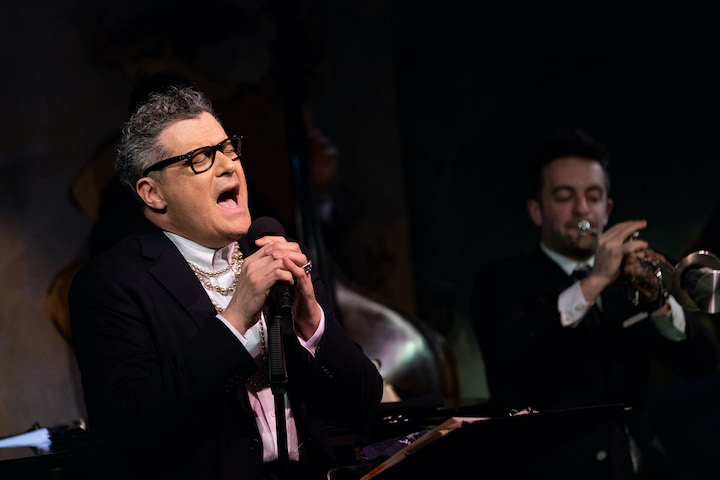 “Aren’t they gorgeous?” said Isaac Mizrahi of his quintet on the opening night of his three-week stint at Café Carlyle. They were, indeed, gorgeous — a decade-spanning array of well-tailored men helmed by incomparable musical director and arranger Ben Waltzer. If the line-up seemed a bit white-washed, a scan of the crowd followed suit. Mizrahi stepped into the fire, referring to percussionist Joe Peri as “José” in an attempt to make light of the room’s obvious lack of diversity. “It’s the Café Carlyle for God’s sake,” he noted, “who can afford it?”

Those who could were treated to a tight set of pop songs, standards and show tunes, each reimagined thanks to Waltzer’s brilliant arrangements. Mizrahi, who’s reinvented himself more times than an Oprah magazine cover, is a master at surrounding himself by talent. And that meta attention to detail serves him well on Carlyle’s intimate stage.

Mizrahi set the tone for the evening, opening with a swinging version of “The Joker” from The Roar of the Greasepaint, the Smell of the Crowd, by Leslie Bricusse and Anthony Newley. His humor — occasionally cutting but more often self-deprecating — is a through-line of his latest show, which he’s titled Movie Stars and Super Models. There was little mention of either on opening night, except for a stream of consciousness riff on being ignored or forgotten by some of those who he’s idolized over the years.

Most endearing — and telling, perhaps — was Mizrahi’s mention of his longstanding friendship with legendary composer Stephen Sondheim, who, after years of communication, suddenly stopped calling. They eventually reconnected, at which point Mizrahi asked if he had offended Sondheim in any way. The Broadway royalty simply attributed their lapse to “attrition.” When Mizrahi relayed the story to his mother, she flat-out said, “He dumped you.”

Lyricist Betty Comden didn’t recognize him at a dinner party. Sarah Jessica Parker would send a candle in her absence. But Hillary Clinton’s eagle eye didn’t forget that Mizrahi had referred to the Clinton’s redecorating of the White House as reminiscent of the Beefsteak Charlie’s restaurant chain.

The rapid-fire mentions felt more obligatory than organic as if Mizrahi — now 25 years since the release of Unzipped and a decade of selling his budget-friendly and fashion-forward wares on QVC — still needs to prove himself. 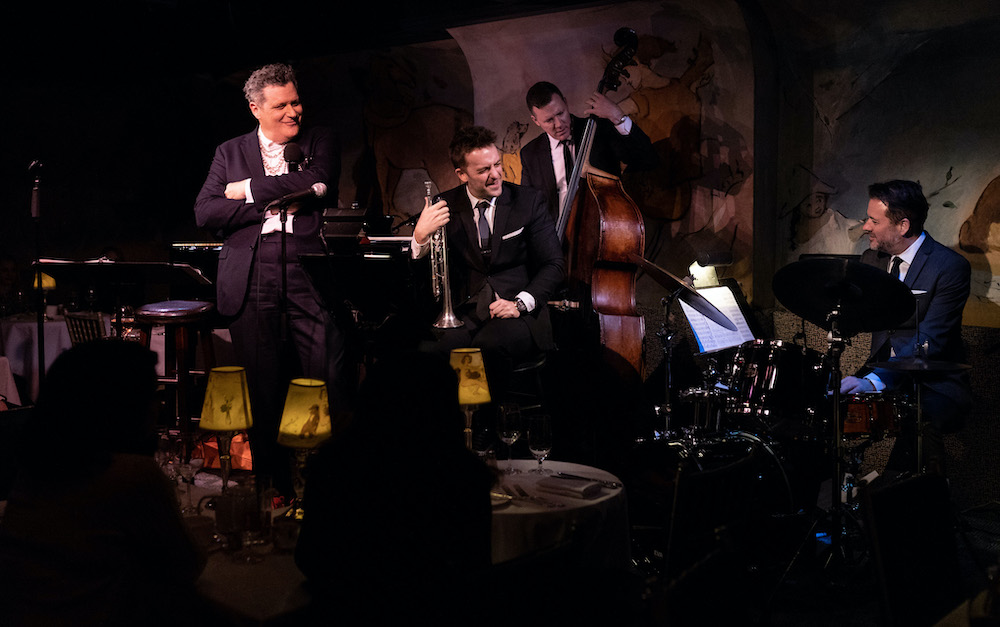 “It’s not for sissies, this new world,” said Mizrahi at the top of his set, and he would know. Working his way up the fashion ranks and defying industry expectation to return to his passion for performing has put a target on his back. “It’s so funny, somehow the world adores Pharrell when he does clothes—how great it is that he can cross over—but it’s hard for them to grasp a fashion designer making forays into show business, singing and telling jokes,” said Mizrahi in a recent interview for NewNowNext.

But it’s clear that Mizrahi has a passion and an ear for music. His phrasing offers unexpected riffs, runs and blue notes, and while Mizrahi’s money notes (was that a full-throttle B natural I heard?) don’t have the clarity of, say, Michael Bublé, it’s pleasant enough to fill the swanky digs of Café Carlyle. The not-so-free flowing wine helps, as does the gorgeous room, boasting its famous music-themed murals by Marcel Vertès.

Mizrahi’s intimate moments are his most effective, such as “One More Kiss” from Follies, featuring haunting brushed percussion by Joe Strasser, and “Some Other Time,” which would make its lyricist Betty Comden proud even if she didn’t remember him at that dinner party.

How do you get to the @cafecarlyle? #PRACTICE! Check out this rehearsal footage and come to see my all new show at @cafecaryle in NYC from Jan. 21 – Feb. 8 and to the @mccartertheatre in Princeton on Feb. 29! Get your tickets now at the link in my bio! #HelloIsaac

Matthew Wexler is the Broadway Blog’s editor. Read more of his work at wexlerwrites.com and follow him on social media at @wexlerwrites.